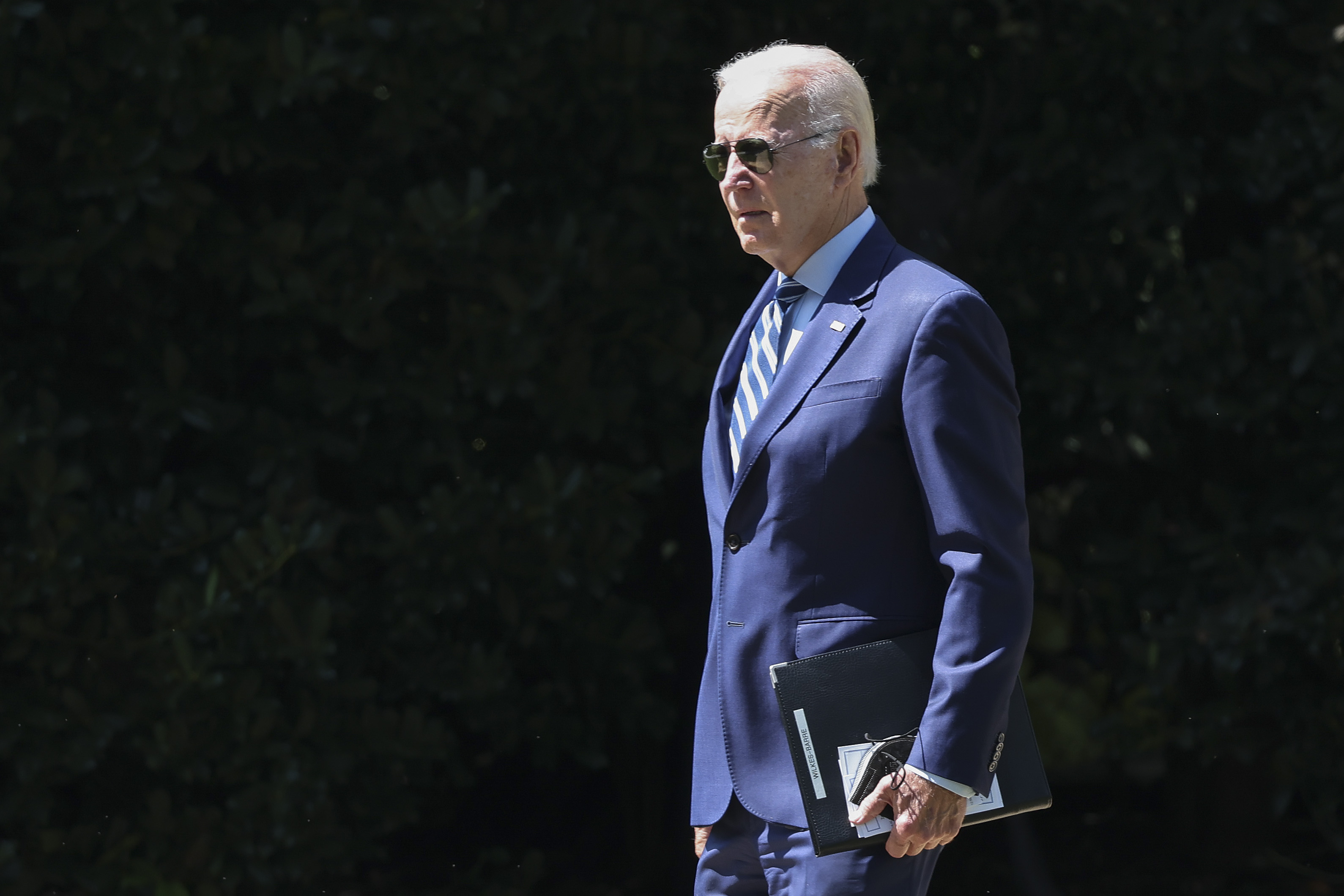 President Joe Biden overcame Covid, the presidential August curse and the legislative blockade built by members of his own party.

Now as the stretch run to the midterms begins, the White House is looking to aim big. The president over the next week will frame the stakes of the upcoming election as a referendum on democracy itself, while trying to push Democrats over the November finish line and lay the groundwork for himself in 2024.

It’s part of a blitz of upcoming travel, with aides wanting Biden to hit the road two or three times a week. Already, three stops have been planned for Pennsylvania alone, showcasing the importance of the battleground state for Democrats in both their 2022 state house and Senate bids, as well as in 2024 for, potentially, Biden’s own. It will culminate in what has become a totem for the president: the Labor Day parade in Pittsburgh. Biden marched there twice before when presidential speculation swirled around him, in 2015 and 2018. His appearance Monday, aides concede, will be closely watched for any possible hints about one last campaign.

Among Biden’s aides, the belief has begun to form that the worst may indeed be behind them. Even the president’s bout with Covid was seen, internally, as having a positive side effect: providing planners with far more leeway to get him on the road — the fear of infection having now been put off, at least, the next few months.

At his stop Tuesday in Wilkes-Barre, the president drew some of the sharpest contrasts yet with the GOP, thundering that “MAGA Republicans” were out of step with Americans on some of the nation’s most fundamental beliefs.

“You can’t be pro-law-enforcement and pro-insurrection. You can’t be the party of law and order and call the people who attacked the Capitol on the 6th ‘patriots,’” Biden said. “For God’s sake, whose side are you on?”

But potential hurdles remain: some Democrats, aides confirm, are still opting to steer clear of Biden on the campaign trail, and worries persist about inflation and a possible autumn surge of gas prices or Covid. Others have signaled that they would not want to appear with Biden. Those include Sen. Catherine Cortez Masto of Nevada and Rep. Marcy Kaptur of Ohio, who released an ad declaring “She doesn’t work for Joe Biden, she works for you.”

One top Democrat in close touch with the White House said for Biden to be fully viewed as a benefit rather than a liability, he has to come armed with deliverables for their states and districts: “It’s not the president as a mascot, it’s the president who wields power in support of the middle class.”

For now, however, senior West Wing aides say they feel vindicated in the course they have charted. At Biden’s political nadir this past year, senior aides laid out a case in which he would rebound politically as gas prices fell, the Covid crisis grew less urgent, and his domestic agenda was gradually passed.

Biden’s winning streak has, indeed, culminated with the resurrection of a $740 billion reconciliation bill that fulfilled longtime Democratic priorities like climate change, drug pricing and taxes on corporations. And to top it off, it’s come just as his predecessor plunged once more into legal peril, with the damaging headlines emanating from the FBI raid of Mar-a-Lago threatening to drag down Republicans’ chances this fall.

Marking that moment, Biden will stir the echoes of both the nation’s and his own political past on Thursday. That’s when he will use Independence Hall in Philadelphia as the backdrop for his speech to declare the country’s core values – including democracy itself and America’s standing in the world – will be at stake this November. White House aides as of Tuesday were still debating whether the words “Donald Trump” would appear in the speech, according to two people familiar with the internal deliberations. And at his address in Wilkes-Barre, Biden notably took swipes at Senate Republicans — chief among them Lindsey Graham of South Carolina — without uttering names.

But whether Biden goes after Trump directly or not, aides say the speech will be a punishing broadside on the GOP, painting them as extremists out of touch with Americans over abortion, guns and voting rights.

“The president will continue driving the message that he and congressional Democrats are fighting to deliver for middle-class families and Main Street, while MAGA congressional Republicans are siding with extremism and rich special interests,” said White House spokesman Andrew Bates.

Biden previewed the new, harder attack line last week at a rally and fundraiser for the party in Maryland.

“What we’re seeing now is either the beginning or the death knell of an extreme MAGA philosophy,” Biden said. “It’s not just Trump, it’s the entire philosophy that underpins the — I’m going to say something — it’s like semi-fascism.”

Inside the White House, officials say there has been an obvious joy in the president that has been largely absent for months, amid negative headlines over inflation, gas prices, baby formula shortages, and criticism to his response to the Supreme Court’s overturning of federal abortion rights. With his newly boosted immunity from overcoming COVID and a rebound case, Biden gleefully took selfies with supporters for more than 10 minutes following his remarks last week in Maryland.

Others in the White House have been similarly infected by a renewed enthusiasm, with West Wing aides sending around Dark Brandon memes and tweets and news about falling gas prices. And after some debate, the White House social media team drew cheers from fellow staff for abandoning the high road and using its Twitter account to call out how the loudest critics of the student debt forgiveness plan received large government loans during the pandemic, which were later forgiven.

The vibe shift came after a remarkable run of summer successes, including bipartisan passage of separate pieces of legislation to increase semiconductor production; increase gun regulations and fund veterans’ health care; a drone strike that killed Al-Qaeda’s leader; blockbuster July jobs growth; signs of potentially cooling inflation; and, most of all, the reconciliation bill that came back to life after previous obstacles — Sens. Joe Manchin (D-W. Va.) and Kyrsten Sinema (D-Ariz.) — finally signed off.

Biden’s approval ratings have climbed into the mid-40s, the highest they have been this year. And Democrats who are bullish about the party’s chances point to a history-bending swing in his numbers during a time when most experts predicted they would be set in stone: Since Eisenhower’s presidency, just one president has seen their approval rise from the fifth quarter of their tenures to the seventh.

Biden’s comeback arrived in a month that has often spelled trouble for presidents; both Barack Obama and Trump were plagued with tumultuous Augusts, and Biden himself saw his poll numbers plummet last year after the botched Afghanistan military withdrawal. But aides now believe that the president’s numbers could rise even higher when Democrats further establish contrasts with Republicans on abortion, the Jan. 6 hearings and now Trump’s conduct that led to the search of Mar-a-Lago.

“You’re always behind. You always have a different narrative before the next one really starts to take hold,” quipped John Anzalone, the longtime Biden pollster. “We’re on the offense and what’s more important is what the president and Democrats have done is give frontline Democrats a real contrast to draw with Republicans.”