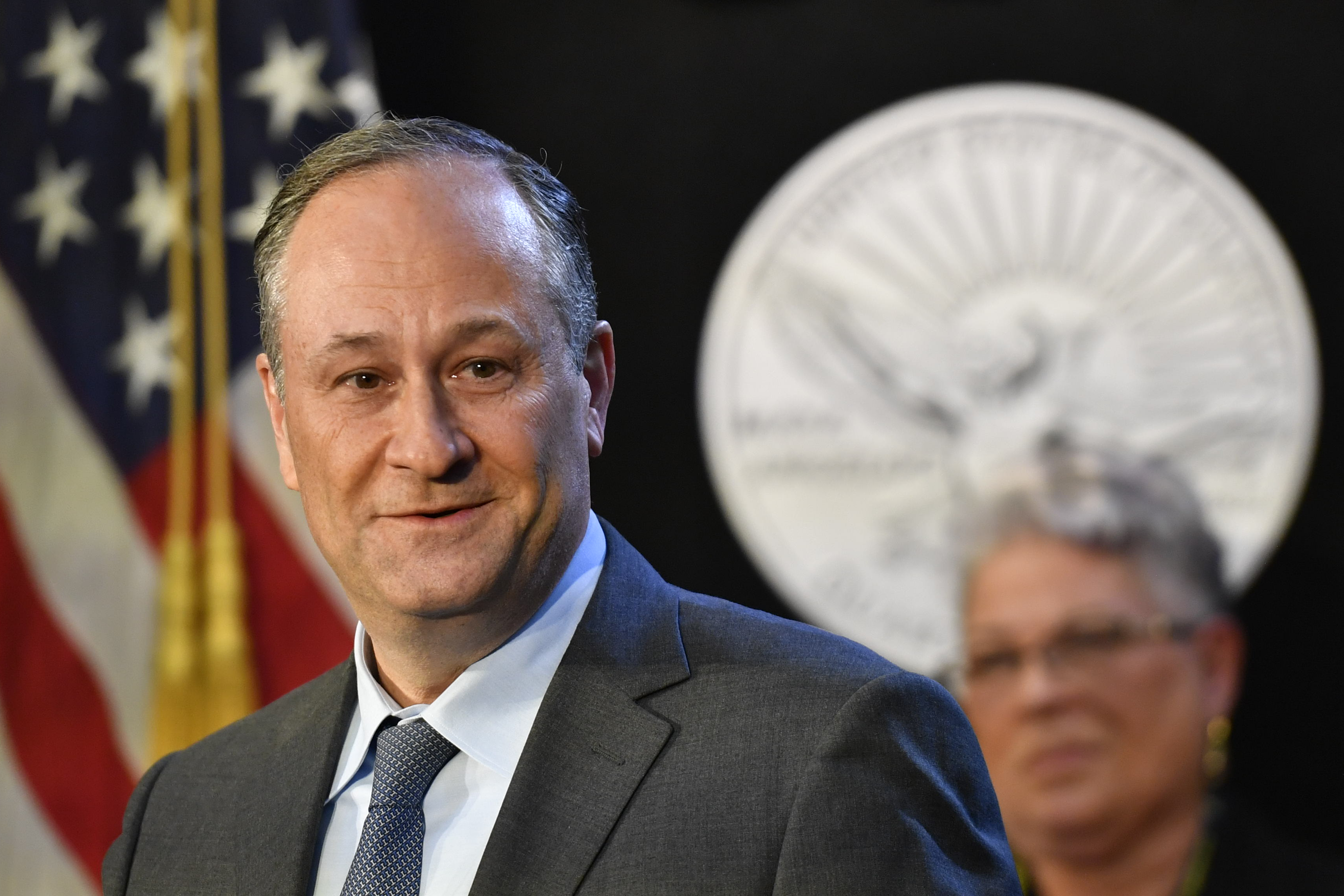 A few months ago, second gentleman Doug Emhoff asked his team about what more he could do about the rise of antisemitic incidents across the country.

The issue had long concerned him. And in private conversations with other Jewish figures, he’d conveyed a desire to do something more forceful about it. His team decided that a roundtable with top officials would be appropriate. A few weeks ago, they started planning for it.

But things took a turn around the Thanksgiving break, when news emerged that former President Donald Trump had dined with two notable antisemitic figures: white nationalist Nick Fuentes and Ye, the rapper formerly known as Kanye West. Overnight, the roundtable that Emhoff had been planning became the most pointed administration response to a brewing national controversy. Come Wednesday, when top White House officials and Jewish leaders convene for it, it will further cement a status he never set out to have: one of America’s foremost Jewish political figures.

“I’ve had enough conversations with him and see him often enough to know the severity suddenly hit him like a ton of bricks,” Ambassador Deborah Lipstadt, the U.S. special envoy to monitor and combat antisemitism, told POLITICO. “And he said, ‘You know, I’m in this position. I’ve got to do something.’ He really in his gut felt that it would be derelict on his part not to somehow try to move the needle or to move things forward.”

Emhoff is not terribly religious — and admits as much. He grew up in Old Bridge, N.J., a community with a fair number of Jews. He attended a temple there and was bar mitzvahed. But he was largely secular, exhibiting the type of faith common among his generation: spiritually connected but observant mainly on the high holidays.

That changed when his wife, Kamala Harris, assumed the vice presidency. Emhoff was not just the first male to occupy his role, he was the first Jew among the four White House principals (the president, vice president, and their respective spouses). He explained to POLITICO last year that he became infused by a sense of purpose and, to a degree, burden.

“It’s really impacted him. He has always lived openly and proudly as a Jew,” said Liza Acevedo, Emhoff’s communications director. “Everything that he is saying publicly on this issue is what he’s saying behind the scenes. He has been outspoken on combating antisemitism and he’s turning his pain into action.”

Emhoff has responded to his role as second gentleman by embracing his Jewish identity. He hosted a virtual Seder, lit the menorah and made matzah at a Jewish school in the district. He’s visited the Holocaust museum in Paris during an official visit and attends his childhood temple when back in Old Bride. When he affixed a mezuzah to the entryway of the vice president’s residence, he began to tear up, according to Rabbi Peter Berg, who led that ceremony with Emhoff.

Quite quickly, he came to symbolize every Jewish mother’s eternal dream: the Jewish boy who grew up doing good.

“There’s just a lot of love between the Jewish community and the second gentleman,” said Sheila Katz, the CEO of the National Council of Jewish Women. Emhoff, she added, always knew that being the first husband of a vice president would be a big deal, “but I don’t think going in he expected or really the Jewish community expected for it to feel as significant for him being Jew in that role as well.”

Over time, however, Emhoff has found himself drawn further away from the ceremonial elements of his role and more toward the political ones. He put in place what he called a “Jewish kitchen cabinet” on his staff to help address the community’s issues.

This past January, at a meeting on the White House grounds with then-Rep. Ted Deutch, he expressed a desire to find the right notes and role in responding to the rise of antisemitism.

“We talked about the importance of doing something in a very, very public way, and he committed to finding a way to get that done,” Deutch said in an interview with POLITICO.

In September, Emhoff met with the National Council of Jewish Women board at the White House. And for Rosh Hashanah, he penned an op-ed in USA Today promising to combat antisemitism. During the last week of October and the first week of November, his office put out three separate tweets, each addressing antisemitism to a varying degree. The third post marked a visit he had made to a kosher deli in Des Moines, Iowa, where he and the proprietor, a rabbi, discussed the imperative to live proudly and openly as Jews.

“I take the responsibility very seriously, and I’ve really spoken out and leaned into this more than I thought I would coming into this role,” Emhoff explained in his interview with POLITICO last year.

Jewish American leaders have largely praised the Biden administration’s record on antisemitism, noting the pretense for the president’s 2020 campaign was combatting the threat of white nationalism. But as incidents rise and more prominent political figures have associated with antisemites, they increasingly feel more needs to be done.

While Lipstadt serves as Biden’s special envoy for addressing the global rise of antisemitism, there is eagerness to see someone have that same portfolio domestically. A bipartisan group of 125 lawmakers have called for Biden to set up an antisemitism task force. There is a fear among some in the Jewish advocacy community that the Department of Homeland Security’s Faith-Based Security Advisory Council — launched by the Biden administration in July — is too broad in scope .

The administration is feeling the pressure to do more, officials say. Lipstadt said the rise in antisemitism has created a “need for a coordinated knowledge of who was doing what” among the different agencies. She added that “there was increasingly a feeling in the administration and in the broader Jewish community asking, ‘Is one hand talking to the other, how are we approaching this in a holistic way?’”

Emhoff’s role in future initiatives will not involve crafting policy but uplifting any administration announcements and continuing to speak out.

Those familiar with his approach describe him as a mix of ambassador to the Jewish community and public face for the administration’s efforts. He backchannels, promotes dialogue, does relationship maintenance and champions initiatives.

He recently spoke privately with survivors of the 2018 shooting at the Tree of Life synagogue, discussing the actions the administration is taking to combat antisemitism and gun violence. And, spurred by Ye’s statements, he discussed similar topics during a recent chat with local progressive elected officials.

For many in the Jewish community, that is more than enough.

“He can speak about this in deeply personal terms that American Jews can relate to. He is one of us. And he can speak for us. But he can also speak for the administration and about what they are doing to support our community at this time,” said Halie Soifer, who heads the Jewish Democratic Council of America and previously served as national security adviser for then-Sen. Harris. “He has expressed not just the policies of the administration with regard to antisemitism, but he has personalized them as a Jew.”