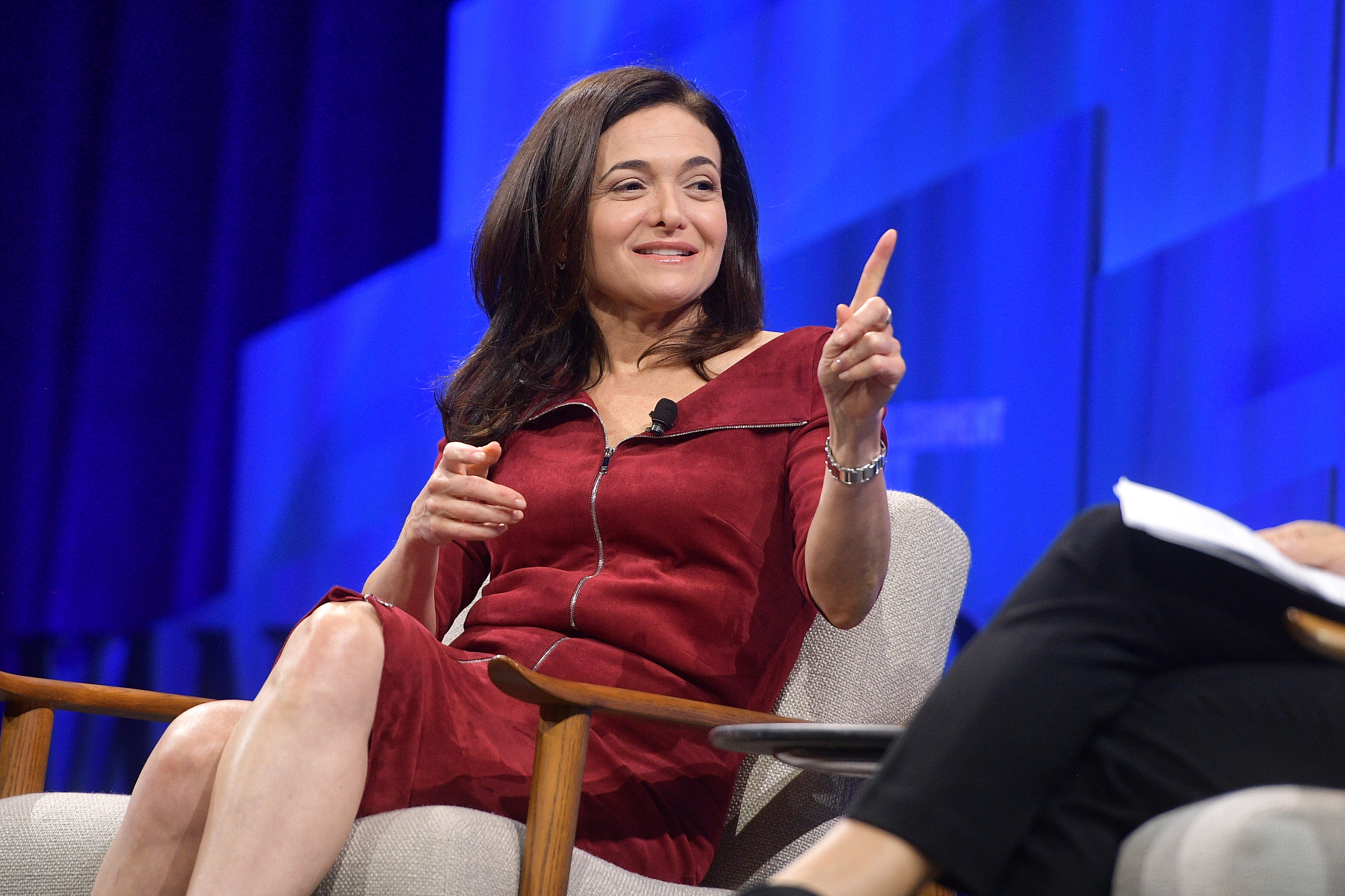 Facebook had moved beyond needing Sheryl Sandberg’s star power well before she announced her departure this week.

The social media titan has transformed in recent years into a slick political operation focused on crisis management — a far cry from the nominally apolitical, grow-at-any-cost corporation that Sandberg once led.

The last time Sandberg publicly made the rounds on Capitol Hill was 2019 — dozens of controversies ago for the embattled company now known as Meta.

Over the past two years, the company’s public face in government capitals has instead been Nick Clegg, former deputy prime minister of the U.K., who is now Meta’s president of global affairs. He has served as a de facto messenger-in-chief, defending the company’s political reputation in interviews, blog posts and conversations with policymakers.

“Bringing Nick in was an acknowledgment they needed someone who could speak politics,” said Crystal Patterson, who worked at Facebook for seven years on a variety of political teams before switching to lobby Democrats on Capitol Hill in February. “The approach they’ve taken by bringing Nick in, and being a little bit more publicly measured, is a reflection of how risky the political terrain is.”

Meta declined to comment for this article. Clegg and Sandberg did not respond to requests for comment.

While Clegg isn’t in control of Meta’s operational side like Sandberg was, that may be part of his appeal — creating some distance between his persona and the company he represents.

Clegg himself has leaned into his position as an “outsider” to push the message that he is trustworthy.

“I’m an outsider to both Silicon Valley and Washington,” Clegg wrote in CNBC op-ed last year, saying that makes him the person who can broker compromises between Republicans and Democrats over tech regulation. “To make progress, we need to break the gridlock in DC,” he wrote, adding that “no one wants the status quo.”

Sandberg, who announced Wednesday that she is leaving her chief operating officer post, came to Facebook with her own political background as a former top aide to Clinton administration Treasury Secretary Larry Summers. But she lacked the high-level policymaking experience that Clegg brings to the table.

And Sandberg saw her star decline as she fought to protect Facebook’s reputation at a time when the company was freshly blindsided by accusations of mishandling its user data, enabling the spread of Russian propaganda and spreading hate speech.

Sandberg has been sidelined from the company’s lobbying and public relations work since soon after the 2016 presidential election when Congress zeroed in on Facebook’s role in providing a platform to Russian misinformation. Congressional aides would no longer accept anybody except Zuckerberg to represent the company on Capitol Hill, according to two people familiar with the dynamic who were granted anonymity to discuss private conversations.

“In the tech golden era, early on, members of Congress were falling over themselves to come up to campus or to see Sheryl when she came,” said Katie Harbath, who worked at Facebook’s D.C. office for more than a decade as a Republican lobbyist before leaving last year. “Things really started to turn” in 2016, she added.

As Zuckerberg was forced into the political spotlight, he defended Facebook’s hands-off approach to moderating political speech in a manifesto-like speech at Georgetown in 2019, and met with a group of Democratic senators in September of that year. He dined with then-President Donald Trump at the White House and hosted dinner with high-profile conservative figures such as Fox News host Tucker Carlson — drawing criticism that he was aligning himself with the right. In the past four years, Zuckerberg has testified on Capitol Hill eight times.

But Zuckeberg has remained an often problematic spokesperson for the company. Following revelations from Facebook whistleblower Frances Haugen late last year, Zuckerberg painted Facebook as a victim of a smear campaign, prompting criticism from lawmakers. And he was denounced by civil rights groups over his decision to take no action against a post from Trump threatening that “looters” would be shot during the George Floyd protests in 2020.

Since joining Facebook, Clegg has taken some of that heat off Zuckerberg. Clegg has fired off blog posts, statements and appeared in media appearances painting Facebook as a company that is doing its best to tackle complex issues and protect its users. Clegg penned a blog post titled “What the Wall Street Journal Got Wrong” when the newspaper first began publishing stories about Instagram’s negative impact on children’s mental health. The former U.K. politician has insisted that Facebook is open to regulation while declining to apologize for the company’s conduct.

Sandberg, meanwhile, struggled to recover from reputational hits like taking partial responsibility for signing off on some work done by Definers, a Republican opposition research firm working for Facebook that cast billionaire liberal funder George Soros as the force behind anti-Facebook critics and helped frame senators as hypocritical for criticizing Facebook while taking significant campaign donations from the company.

Most recently, Sandberg aggravated lawmakers when she downplayed Facebook’s role in the Jan. 6 riots on Capitol Hill. (Evidence in court documents has since shown that many protesters used Facebook to communicate about their illegal activities on that day.)

Weeks after her comments, a Facebook consultant texted a congressional aide insisting that Sandberg’s comments were not misleading and that she “never said Facebook bears no responsibility,” an aide told POLITICO.

“Sandberg sought to demonstrate she was right the whole time in terms of her comments about January 6 not being planned on Facebook,” said the senior Democratic House aide, who spoke on condition of anonymity because they were not authorized to speak on the record. “It was a completely ineffective cleanup.”

Even amid the criticism, however, Sandberg made a name for herself as the highest-level executive at Facebook who was willing to hear out social justice advocates and election integrity officials concerned about the social media platform’s contributions to societal ills. Sandberg sat down with civil rights group Color of Change after the Definers incident and pledged that Facebook would conduct a civil rights audit. She oversaw the auditing process, which was led by civil rights attorney Laura Murphy, and committed to making the platform safer for people of color in its aftermath.

“Sheryl Sandberg time and time again did make a commitment to engage, to reach out, to try to be in conversation with civil rights groups,” said Rashad Robinson, president of Color of Change. “And she worked to try to find pathways to solve a problem. I don’t believe we would have gotten a public civil rights audit without Sheryl.” Facebook has since hired a vice president for civil rights. But Robinson said the issue comes down to Zuckerberg’s tight control over the company.

Ultimately, Zuckerberg has only concentrated more power over the company’s decision-making.

“At the end of the day, Mark still has the final call,” said Harbath.

Zuckerberg brought in Joel Kaplan, Facebook’s vice president of global public policy, in 2011 — sparking years of criticism that he has outsized control over the company’s content moderation decisions and is sympathetic to conservative figures. Facebook employees and outside critics have accused Kaplan of using his position to cater to the GOP.

Sandberg, meanwhile, pushed to create teams devoted to election integrity within the company, which have become a central part of Facebook’s strategy in combating election misinformation.

In recent years, Facebook has assumed more responsibility over the content circulating on its platform. The company clamped down significantly on hate speech and booted Trump from the platform in the wake of Jan. 6.

But Facebook has since pivoted to the metaverse, both with the name change and with Zuckerberg’s decision to focus most of his attention to creating that virtual-reality world over the Facebook platform.

That leaves Clegg as the crisis manager for Facebook’s knottiest issues about misinformation and hate speech. He’s trying to navigate the opposing complaints from conservative and liberal arguments, seeking to carve out a pro-regulation stance that might appease both sides of the aisle.

In that CNBC op-ed, Clegg said he made progress in the U.K. because he brought together center-left and center-right politicians. “It worked because we focused on making progress on the things we agreed on,” Clegg wrote.