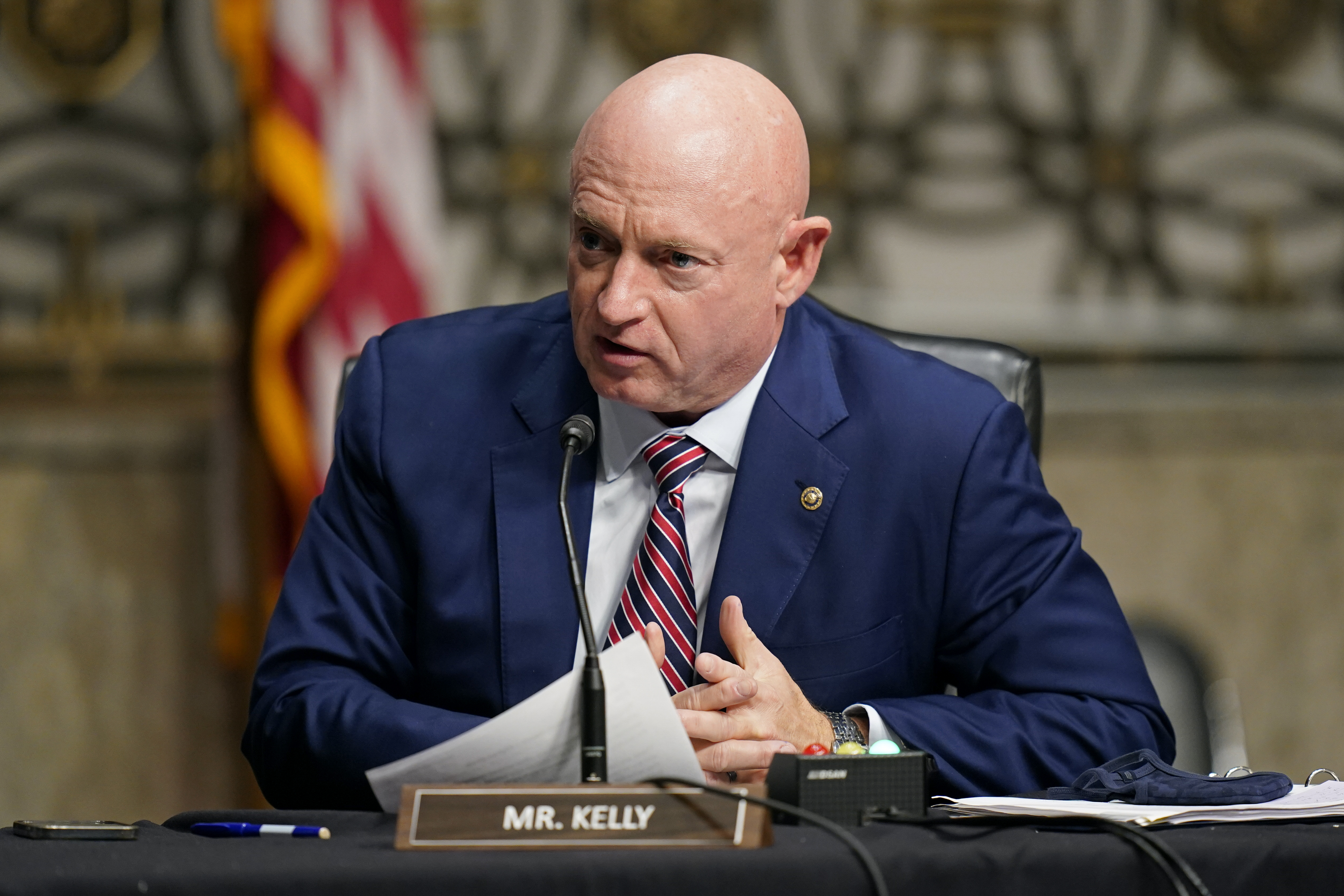 As part of the push, they left the strong impression that the Arizona Democrat could find himself cut off from donor networks should he refuse to back the beleaguered nominee to be U.S. ambassador to India.

The outreach infuriated Kelly, who vented to associates that he felt like he was being strong-armed over his refusal to relent on Garcetti’s nomination, two of the people with direct knowledge said. Kelly, who is up for reelection this year, is a top Senate fundraiser and frequently draws from Southern California as part of his campaign’s national reach.

One person familiar with the advocacy said they were surprised that allies in Garcetti’s orbit believed Kelly, a retired astronaut who prides himself on his independent streak, could be swayed by appeals from major donors and luminaries. The person added that they believed the appeals were part of a coordinated campaign involving several Garcetti supporters.

“These kinds of tactics backfire,” a second person familiar with the effort told POLITICO. “It’s hard to believe Garcetti didn’t have knowledge or didn’t push for these donors to call.”

But Breelyn Pete, a former deputy mayor and longtime adviser to the mayor who now works for a lobbying firm attempting to push forward the nomination, said Garcetti “has not coordinated anything.”

“He has worked with Sen. Kelly, has deep respect for him and the confirmation process, and is happy to speak directly with any senators to discuss his nomination,” Pete said in a statement.

The White House reiterated that Garcetti played no part in the pressure campaign.

“Neither Mayor Garcetti nor the administration have had any involvement with such activity,” spokesman Andrew Bates said, “and we believe that Mayor Garcetti should be confirmed based on his merits.”

Garcetti himself has tried to keep his distance from attempts among his allies to win over senators with hardball tactics. One of the Democrats briefed on the overtures to Kelly said the LA mayor anticipated he would be asked about his level of involvement, and proactively told people he wasn’t personally directing donors to advocate for his nomination to senators.

Still, the efforts to pressure Kelly are the latest illustration of how brass-knuckled the nomination fight has become and the lengths to which Democrats are trying to win over the remaining holdout votes. Los Angeles’ donors have the deepest pockets and are among the most prolific in the nation, and candidates regularly make the pilgrimage out West to headline fundraisers with Hollywood titans, entertainment executives, lawyers and other wealthy Southern California liberals who shower money on Democratic candidates and causes.

Kelly has repeatedly expressed concern about Garcetti’s nomination, citing allegations that he was aware of sexual assault and harassment accusations made by some on his staff against his former top adviser, Rick Jacobs. Those concerns intensified since Sen. Chuck Grassley (R-Iowa) released an investigative report last month concluding that Garcetti knew — or should have known — about the serious misconduct alleged against the aide. The second person familiar with the efforts to win over Kelly said rather than alleviate the senator’s concerns this kind of overt maneuvering only deepened it.

Jacob Peters, a spokesman for Kelly’s Senate office, did not dispute that Garcetti’s allies had tried to pressure the lawmaker. Instead, he said the tactic wouldn’t work.

“Sen. Kelly was shot at over Iraq during Operation Desert Storm, so there’s a zero percent chance he’d be intimidated by this,” Peters said. “As he has said, he has serious concerns about this nomination because of allegations from whistleblowers and the conclusions reached in the Grassley report that have not been addressed.”

Garcetti has said repeatedly that he wasn’t aware at the time of Jacobs’ alleged behavior and would have acted if he were. Other aides have backed up that assertion. Garcetti’s allies also have been frustrated by members of their own party and contend he has not been treated fairly during the nomination proceedings and is being held to an unreasonable standard.

President Joe Biden has, so far, stuck by his nominee. And at least one on the fence Senator — Richard Blumenthal (D-Conn.) — announced he would support the nomination after an in-person meeting eliminated his concerns.

But more than a year after he was nominated, Garcetti still doesn’t have the 50 votes needed for confirmation, forcing both the mayor and his supporters to increasingly take matters into their own hands. The mayor himself has been back and forth to Washington for in-person meetings with senators and their offices.

In April, Garcetti’s parents, Gil and Sukey, hired the lobbying firm McGuireWoods Consulting to help break the stalemate. The unusual arrangement by the elder Garcetti, the former district attorney of Los Angeles, was done “to help tell the truth,” they said in a statement.