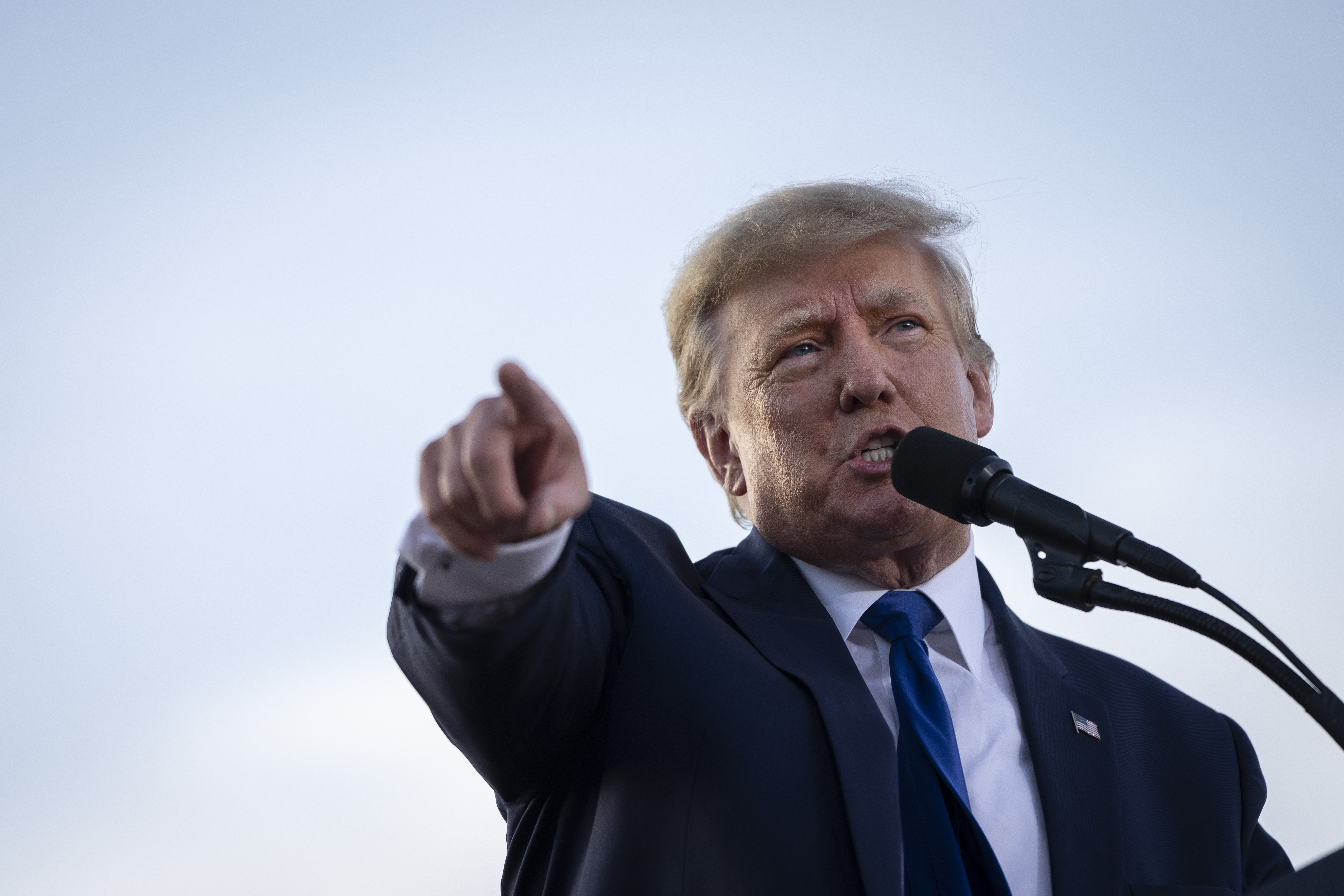 When Donald Trump stepped to a podium Nov. 4, 2020, and declared himself the winner of the presidential election, millions of his supporters apparently believed him — but Trump’s own advisers and campaign operatives knew better.

The Jan. 6 select committee, in its second of six scheduled public hearings, plans to highlight Monday the corrosive effect of Trump’s lie — and his weeks pumping it up with the help of political allies, friendly media megaphones and members of Congress. Trump’s campaign and the Republican Party reaped hundreds of millions of dollars in the weeks between Election Day and Jan. 6, 2021, a haul heavily influenced by those efforts to sow doubt about the results of the election.

Those lies became the scaffolding on which every other aspect of Trump’s effort to remain in power depended — a push to get the Justice Department to legitimize his false claims, an effort to pressure then-Vice President Mike Pence to derail the transition of power. Eventually, they became the fuel for the pro-Trump mob the battered its way into the Capitol on Jan. 6, 2021

The select committee says it intends to show that many of the people who joined that mob had been inundated by those messages from Trump and his allies, which may have contributed to their radicalization.

“Some of those individuals … echoed those very same lies the former president peddled in the run-up to the insurrection,” a select committee aide said Sunday evening.

The panel has come to see Trump’s preparation for delegitimizing the results of the election as beginning well before Election Day, with his effort to question the integrity of mail-in voting — even as numerous states began expanding its use amid the Covid-19 pandemic. Though even many allies had urged him to embrace mail-in voting, Trump resisted and immediately made it the centerpiece of his effort to cast doubt on the results of the election.

Within days of Nov. 3 — even before the election was called for Joe Biden — one of Trump’s advisers, Cleta Mitchell, cited these state laws as a reason to push for state legislators to appoint pro-Trump electors. In the meantime, Trump turned to allies to promote his increasingly outlandish claims of fraud, even as court after court rejected them.

To tell this part of the story, the panel will turn to Trump’s former campaign chief, Bill Stepien. Stepien was present for campaign discussions about Trump’s chances in the election, and the committee contends he can speak to the campaign’s reliance on election fraud claims to juice fundraising. Stepien is appearing under subpoena, per a source familiar with the arrangement.

Stepien will appear alongside former Fox News political editor Chris Stirewalt, who was fired in January 2021. Fox drew Trump’s outrage after the network became the first to call Arizona for Biden, a projection that ultimately held true. Stirewalt has attributed his ouster to his decision to defend that election call, while the network has said it was part of a digital restructuring. The panel may use Stirewalt’s appearance to highlight the role pro-Trump media played in spreading his false claims. The panel has already emphasized the private communications of some Fox News hosts with senior White House officials.

The select committee intends for Monday to be a document-driven and fact-heavy hearing, packed with evidence that showcased the proliferation of Trump’s lies about the election results. The hearing will feature a second panel that includes prominent GOP elections attorney Ben Ginsberg, former Philadelphia City Commissioner Al Schmidt and former U.S. Attorney for North Georgia BJay Pak, who resigned amid Trump’s effort to overturn the election results.

Pak previously testified to the Senate Judiciary Committee about the pressure Trump and his allies applied on him and other officials to get them to investigate false claims of election fraud.

For months, the select committee has focused on how Trump cultivated a network of high-powered enablers who helped his lie take root in large corners of the Republican Party. Members of Congress were often willing conduits for Trump’s misinformation, and Lofgren has previously cataloged their prolific use of social media in support of Trump’s claims.

The select committee also subpoenaed to obtain internal files of the Republican National Committee, held by third-party vendor Salesforce. Although the panel won early rounds in the litigation, the case remains tied up in the appeals court — depriving the committee of metrics that would show the reach and impact of the Trump campaign and RNC’s joint fundraising efforts in the aftermath of the election.

Aides emphasized that this litigation was ongoing and that the hearings are only the “initial” findings of the committee. More details may emerge in subsequent months as the court case unfolds.

The select committee has already unfurled some of its evidence that Trump knew his claims of election fraud were baseless. On Thursday, the panel aired clips of former Attorney General Bill Barr telling the committee he told Trump his fraud claims were “bullshit.” And the panel played snippets of testimony from Trump campaign aides Jason Miller and Alex Cannon telling the panel they had told Trump the numbers were not lining up in his favor. An excerpt of Miller’s testimony was posted in public court documents earlier this year.

Trump replied that he was confident the lawsuits his campaign had engaged in would reverse the results, according to Miller’s testimony. But when they didn’t, the panel notes, Trump attacked the courts — including some rulings by his own appointees — and pressed ahead with efforts to overturn the election anyway.

On Wednesday, the select committee plans to take testimony from senior leaders in Trump’s Justice Department who similarly helped run down Trump’s fraud claims and discovered them to be baseless. Former acting attorney general Jeffrey Rosen, former acting deputy attorney general Richard Donoghue and former Office of Legal Counsel chief Steve Engel are among those expected to testify. The three men are also expected to testify to Trump’s plan to install a more compliant attorney general in the days before Jan. 6, and how a widespread resignation threat by DOJ leaders and Trump’s own White House counsel staved off the effort.