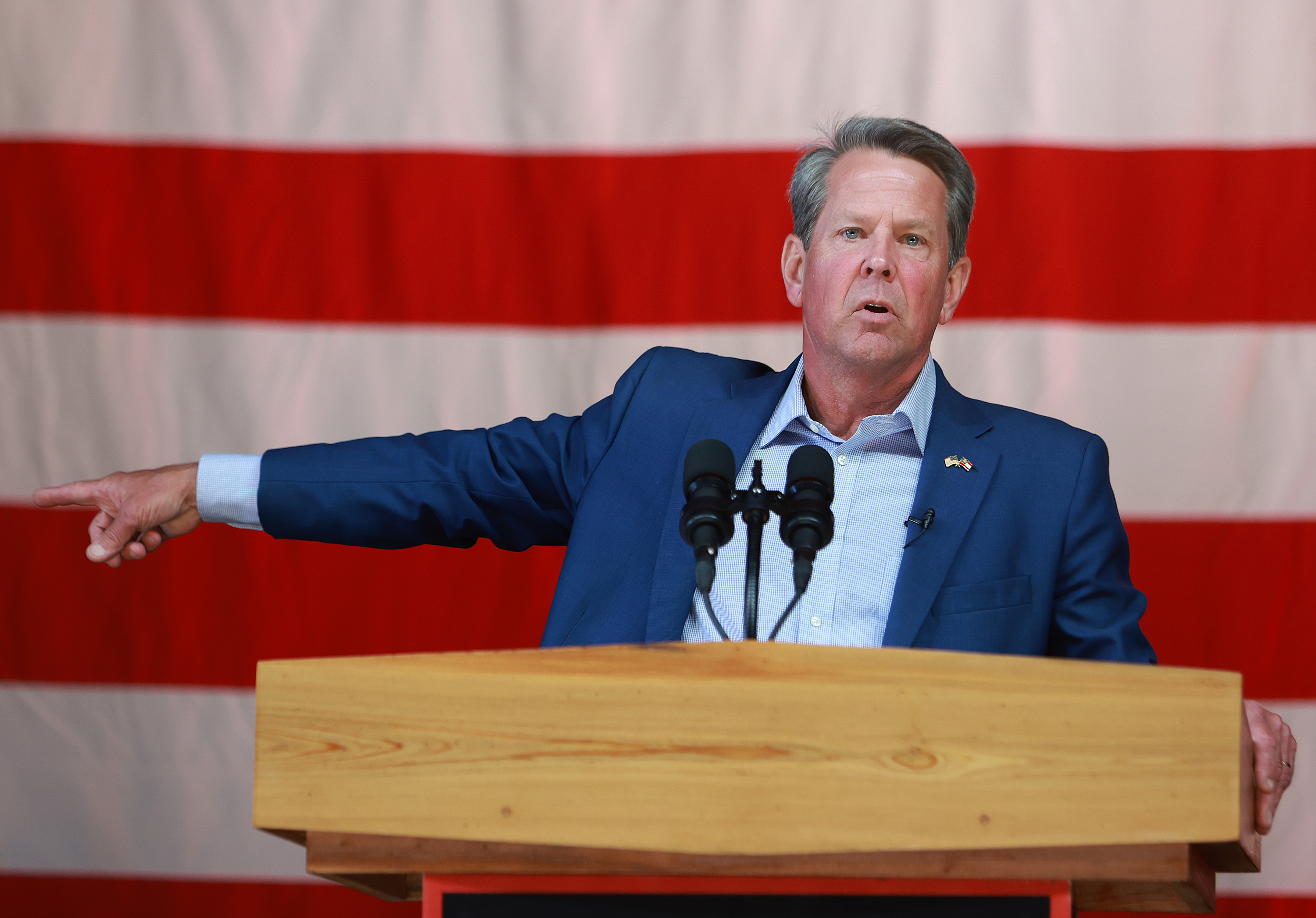 Gov. Brian Kemp clinched his GOP primary early Tuesday night despite facing a Donald Trump-endorsed challenger — a major win for the GOP governor ahead of what’s expected to be a hard-fought general election campaign, and part of a potentially broader rebuke in Georgia for Trump, whose pick for secretary of state is trailing in another marquee race.

Kemp defeated Trump-endorsed David Perdue after Perdue was recruited into the race by Trump. The former president has attacked Kemp repeatedly since the 2020 election, when Kemp refused Trump’s pressure to not certify the election after President Joe Biden narrowly won the state.

Kemp will face Democrat Stacey Abrams in a general election rematch of their 2018 contest, after Abrams won her party’s nomination unopposed.

While Georgia Republicans battled with Trump in the background, Democrats faced their own major primaries across five states Tuesday night. In South Texas, Rep. Henry Cuellar — the last House Democrat to oppose abortion rights — is locked in a neck-and-neck contest with progressive attorney Jessica Cisneros.

And back in Georgia, Secretary of State Brad Raffensperger is resisting Trump’s efforts to install a follower in the office that runs elections in the state, building a lead that could see him win renomination despite the former president’s efforts. Raffensperger had 51 percent support with about three-quarters of the expected vote counted — above the threshold to win the primary outright without a runoff.

Meanwhile, Rep. Lucy McBath (D-Ga.) came out on top in a battle of two Democratic members of Congress scrapping over one district. Republicans in two deep-red states are also voting in major Senate contests, while Trump-endorsed Herschel Walker is looking to sew up the nomination for the battleground race in Georgia. And in Minnesota, both parties will pick nominees for a special House election later this year.

In Texas, progressives are hoping to finally oust Cuellar, one of the most conservative House Democrats, in Tuesday’s primary runoff.

A former intern in Cuellar’s office making her second run against him, Cisneros is backed by prominent progressives, including Rep. Alexandria Ocasio-Cortez (D-N.Y.) and Sens. Bernie Sanders (I-Vt.) and Elizabeth Warren (D-Mass.). The incumbent, a moderate Blue Dog Democrat, got support from House Democratic leadership and a duo of big-spending super PACs.

Cisneros made abortion a more central part of her campaign following new of the Supreme Court’s preparations to overturn Roe v. Wade. Cuellar, meanwhile, says his views on abortion are in line with the heavily Catholic and rural district.

Republicans will target the district regardless of who wins. President Joe Biden carried it by just 7 points in 2020, and former Ted Cruz aide Cassy Garcia is the GOP primary favorite.

Trump’s involvement in Georgia wasn’t just limited to the governor’s race. He endorsed a slate of statewide candidates — including Herschel Walker, who is expected to outright win the GOP nomination to face Democratic Sen. Raphael Warnock in November.

Meanwhile, Raffensperger also has a Trump-backed primary challenger for secretary of state in GOP Rep. Jody Hice. Raffensperger had 51 percent of the vote to Hice’s 34 percent with three-quarters of the expected vote counted.

The race is one of the highest profile contests in which a Trump-backed election denier is trying to take the reins of a state’s election infrastructure. State Rep. Bee Nguyen has been the fundraising leader on the Democratic side, though there has been little polling.

And in the House, GOP-controlled redistricting left McBath and fellow Democratic Rep. Carolyn Bourdeaux fighting over one deep blue seat in the northern Atlanta suburbs. Bourdeaux currently represents more of the district but McBath is favored in this matchup.

McBath, a gun-control advocate who lost her son to gun violence, is a rising star in the Democratic Party. She received help on the air from the crypto-backed Protect our Future group, Michael Bloomberg’s gun-control super PAC and a similar group, Everytown for Gun Safety, with which McBath once had close ties. Bourdeaux, the more moderate of the two, angered the Democratic base when she became a leading advocate for the push to uncouple Biden’s massive social spending plan from the bipartisan infrastructure bill.

Alabama, Arkansas and Texas Republicans all go for Trump

Alabama has a pair of big statewide Republican primaries on Tuesday as well. The race to succeed retiring GOP Sen. Richard Shelby is down to three candidates on the Republican side, with two likely heading to a runoff later this summer.

The race is coming down to former Shelby chief of staff Katie Britt, former Army pilot Mike Durant and Rep. Mo Brooks. Brooks was once endorsed by Trump in the contest, but the former president unendorsed him after Brooks started slpping in the polls. But Brooks has risen in the race in the closing weeks, and could very well make a runoff.

Back in Alabama, Republican Gov. Kay Ivey is facing a wide field of primary challengers. Ivey, who has spread into the stolen election mythology in TV ads, has been leading in all the polls. But the big question is if she can hit the 50 percent threshold to win the nomination outright.

The contest for the open Arkansas governor race is much simpler: Sarah Huckabee Sanders is a shoo-in. The former White House press secretary cleared the field of her most formidable Republicans opponents months ago.

And in Texas, state Attorney General Ken Paxton glided past a primary challenge from George P. Bush, the state land commissioner with arguably the most famous last name in Texas politics. Paxton ran with Trump’s endorsement.

House nominations in two districts on the edge of the battlefield

The GOP will also choose a nominee in the special primary to replace the late Republican Rep. Jim Hagedorn in southern Minnesota. Top contenders include state Rep. Jeremy Munson, who is backed by members of the House Freedom Caucus; former state Rep. Brad Finstad, who is backed by the centrist Republican Main Street Partnership’s PAC; and Jennifer Carnahan, the widow of the late incumbent.

Democrats are also picking a nominee in a competitive but conservative-leaning South Texas seat. Ruben Ramirez, a moderate backed by the Blue Dogs, is facing the more progressive Michelle Vallejo, for the chance to take on Republican Monica De La Cruz in the state’s 15th District.

Republicans will select nominees in several deep-red seats as well: the races to replace Brooks in northern Alabama and Hice in central Georgia, and the primary to fill a new, heavily Republican seat in the northern Atlanta suburbs.