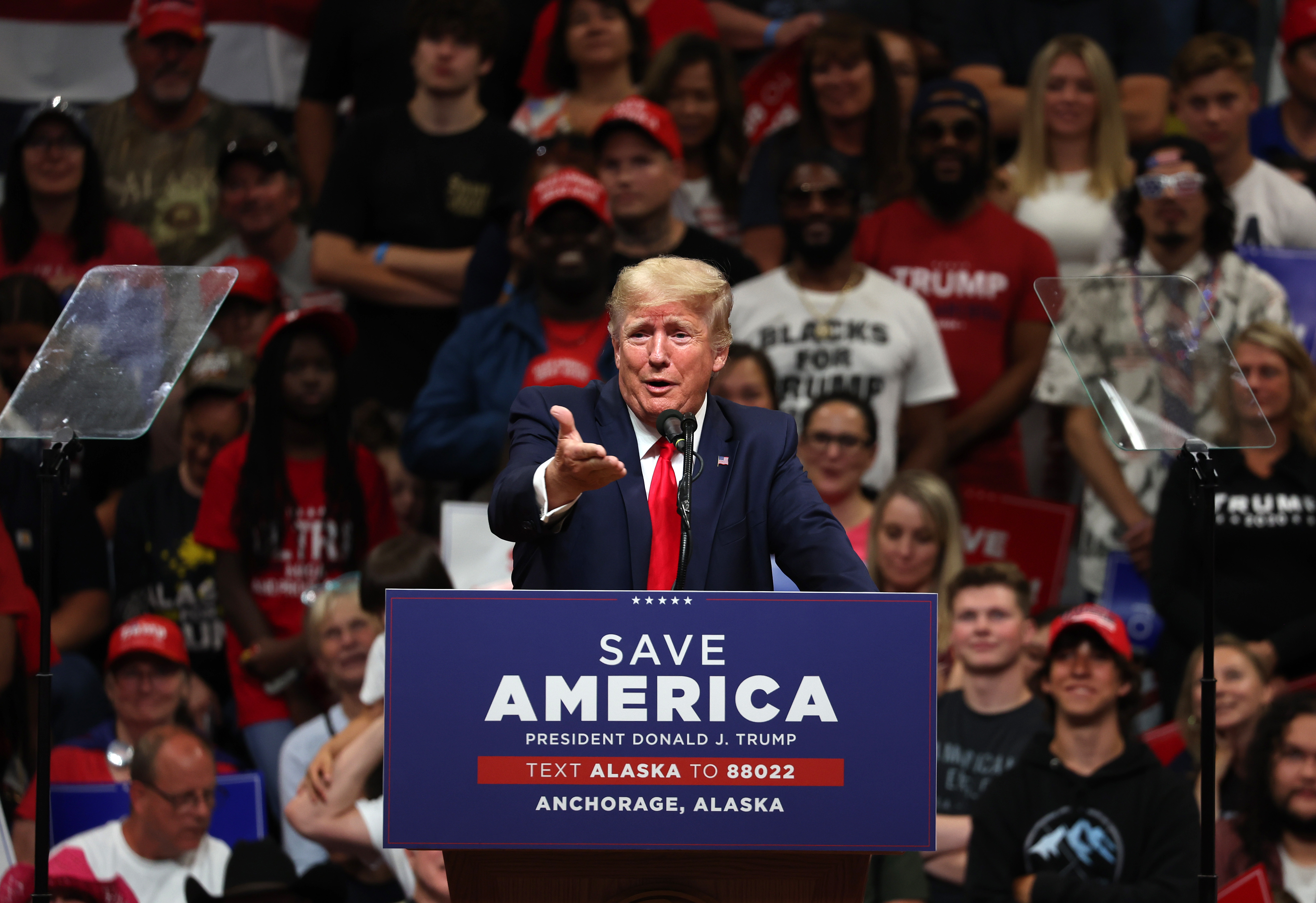 New York Attorney General Tish James raised eyebrows when she refused last-minute settlement overtures from former President Donald Trump. Her 222-page lawsuit filed Wednesday doubles down, asking for wide-ranging penalties against Trump, including $250 million and various bans that would bar Trump and his three oldest children from selling or acquiring real estate or applying for loans in New York for five years — potentially devastating measures for a company that depends on plastering the family name on properties for profit.

It’s not hard to see why James is taking such a hard line. She has a winning hand.

Yes, James’ bold campaign promises leave her open to allegations that she is biased and that her lawsuit is political. And, yes, she lacks the broad investigative and enforcement powers that criminal prosecutors have. But that is part of the reason why she will walk away with a big win here. Trump is fighting on many legal fronts at the same time — a grand jury in Georgia that might lead to an indictment for election interference there, an investigation by the Department of Justice into alleged mishandling of highly sensitive classified documents at Mar-a-Lago, and a federal investigation into Trump’s efforts to overturn the 2020 election. If Trump were facing only the civil suit, his lawyer would almost certainly have permitted him to testify in the deposition with carefully crafted answers. But knowing the risks of his words being used against him elsewhere, he made a decision that will haunt him as James’ suit moves forward.

James’ lawsuit is full of seemingly damning evidence, outlining a wide-ranging scheme to defraud lenders by vastly inflating the value of Trump’s assets. This is a pretty common fraud scheme. Fraud is when you lie to someone to get their money, and a common way to defraud lenders is to lie about the value of the assets used as collateral — or in this case, the assets of the person who personally guaranteed the loan — to make the loan less risky than it seemed to be. James alleges that Trump and his kids did this approximately 200 times between 2011 and 2021, sometimes inflating the value of properties by as much as tenfold, to secure more generous loans and insurance coverage as well as tax benefits.

When I was federal prosecutor, I frequently prosecuted bank fraud that looked similar to what Trump and his company allegedly did. I even put away a rich real estate mogul who defrauded his lender. It’s not an unusual fact pattern to see. What is impressive is the sheer size of the scheme. Trump allegedly obtained $250 million via fraud over a 10-year period, and the various machinations he used to inflate the value of his holdings was extensive. James alleges that Trump exaggerated the square footage of his triplex apartment in Trump Tower, claiming it was 30,000 square feet rather than its actual size of 11,000 square feet, and therefore should be valued at $327 million rather than $80 million. It’s a price, James noted, that no apartment in New York city has ever commanded.

The attorney general’s lawsuit doesn’t contain damning emails or text messages, the kind that prosecutors typically rely on to prove a defendant’s intent. But that might not be necessary under the New York law that James cited which focuses on repeated acts of deception. (And given that his own accounting firm Mazars USA has said it won’t stand by the statements it prepared for a decade, it’s going to be hard for Trump to argue the valuations were proper.)

But perhaps the biggest reason James has such a winning hand is this: Trump dealt her the cards.

In early August he invoked the Fifth Amendment some 440 times during his deposition in this case. It was undoubtedly the right move for him to make because he faces criminal investigations in multiple jurisdictions, and his words, even though they are ostensibly about matters unrelated to election interference could nevertheless be useful to prosecutors seeking to demonstrate his capacity for deception. Prosecutors could also use his words to bring criminal charges based on the alleged scheme that James uncovered.

But taking the Fifth has severe consequences in this case. Unlike in a criminal case, in a civil proceeding like the suit brought by James, the jury will likely be instructed they can infer that when Trump took the Fifth, his answer would have been adverse to him. Trump’s repeated insistence that James’ politically motivated suit left him no choice will not withstand the effect of the jury inferring that Trump broke the law and has no good answer to the questions he was asked.

That essentially screws Trump and his family in this case. It is no coincidence that James put in her lawsuit that when Trump was asked whether he “had an ongoing agreement from at least 2005 to the present with Mr. Weisselberg, Mr. McConney and others to prepare the Statement of Financial Condition in a manner that included false and misleading valuation statements, Mr. Trump invoked his Fifth Amendment privilege against self-incrimination and refused to answer.”

In a civil case like this one, that’s the ballgame. Trump, his son Eric, and others took the Fifth hundreds of times and they can expect James and her team to throw that back in their faces to prove their case. All of the other evidence is just supporting corroboration. The testimony of Trump and his family — or lack thereof — is the centerpiece.

It is never easy to fight the attorney general of your state when she really wants to go after you. But Trump is overextended here because he is fighting a multi-front war. I frequently represent people and companies that are facing criminal and civil liability in different forums. Fighting on multiple fronts is hard and involves trade-offs.

If I were Trump’s lawyer, I would have settled this case in its infancy. He delayed and dragged it out, just as he delayed and dragged on multiple criminal investigations for years. Trump might think it benefits him politically to claim James’ is part of the vast “witch hunt” (he has certainly fundraised well off of the recent investigations) but he will likely pay a legal price if he attempts to drag this out further. James hasn’t accepted a settlement yet. Eventually she will, and the price she extracts will be a doozy.