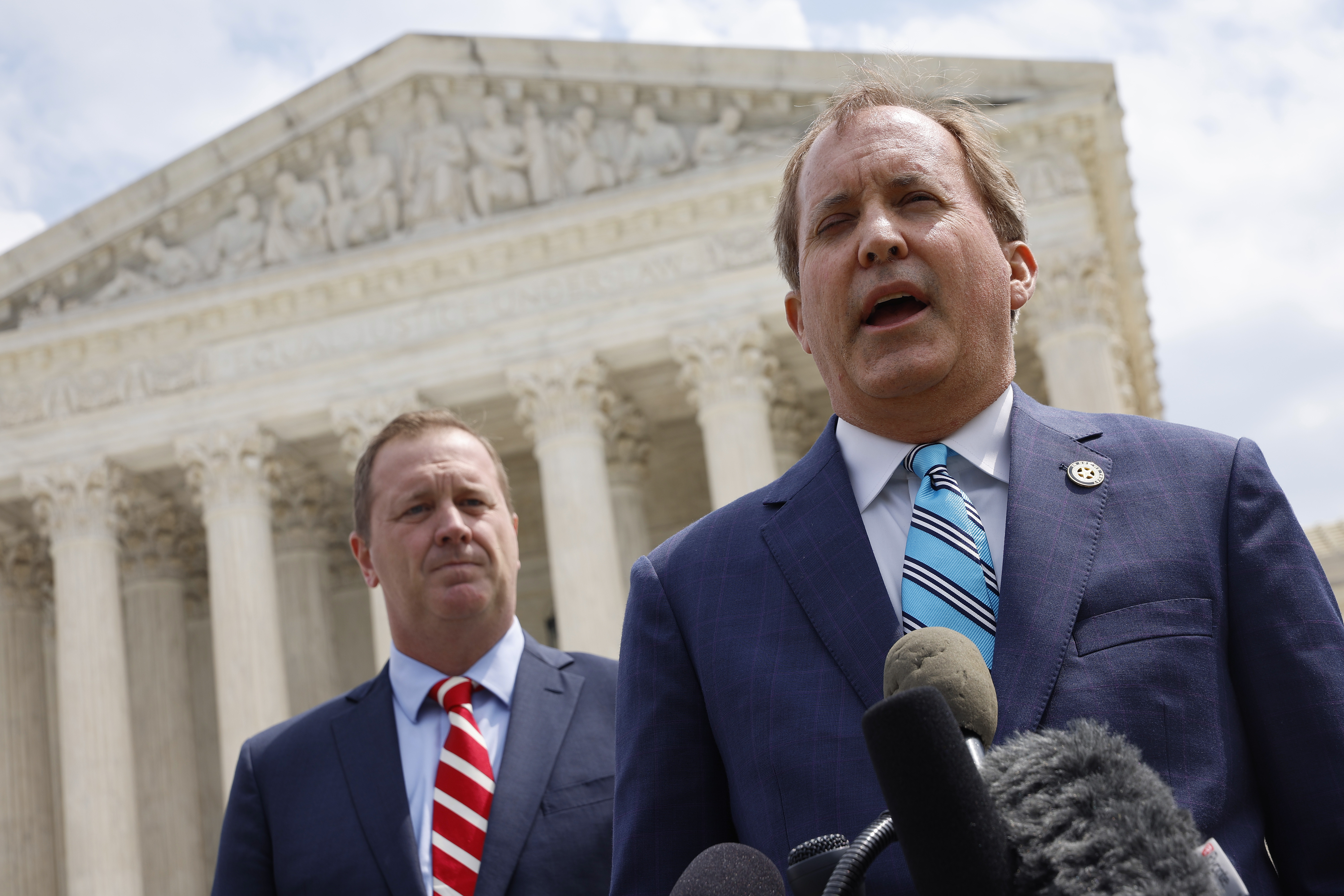 The Supreme Court has suspended a Texas law banning online platforms from restricting user posts based on their political views, representing a major win for social media companies.

In a 5-4 ruling, the court granted an emergency stay request on Tuesday from tech industry groups that petitioned to block the law, which is being appealed in a federal appellate court. The companies have argued the law violates their First Amendment rights to control what content they disseminate on their websites and platforms.

The Texas law — which a federal appeals court allowed to go into effect on May 11 — allows both the state of Texas and individual Texans to sue companies if they “censor” an individual based on their viewpoints or their geographic location by banning them or blocking, removing or otherwise discriminating against their posts.

No one had yet filed lawsuits under the law, and Tuesday’s decision means it will remain blocked as the case moves through the 5th U.S. Circuit of Court of Appeals.

Chief Justice John Roberts, along with Justices Stephen Breyer, Sonia Sotomayor, Brett Kavanaugh, and Amy Coney Barrett granted the stay, which overturned the 5th Circuit ruling lifting an earlier injunction from a Texas district court. The district court has not yet ruled on the underlying merits and constitutionality of the case.

Justice Samuel Alito wrote a dissent that was joined by Justices Clarence Thomas and Neil Gorsuch. While Justice Elena Kagan also dissented, she didn’t join Alito’s dissent nor did she explain her own reasoning.

The law, HB 20, could drastically change the way social media companies operate by restricting their freedom to police their platforms and forcing the platforms to justify decisions they make on multitudes of posts a day.

“We are encouraged that this attack on First Amendment rights has been halted until a court can fully evaluate the repercussions of Texas’s ill-conceived statute,” said Matthew Schruers, president of the Computer and Communications Industry Association, which filed the petition. Its members include Facebook, Twitter and Google.

Alito wrote in his dissent that he hadn’t formed a “definitive view on the novel legal questions” presented from Texas’ decision to address “the ‘changing social and economic’ conditions it perceives.”

“It is not at all obvious how our existing precedents, which predate the age of the internet, should apply to large social media companies, but Texas argues that its law is permissible under our case law,” he wrote.

He said he wasn’t “comfortable” with the Supreme Court intervening in proceedings at this point, and would have preferred to allow the 5th Circuit issue its opinion — which is expected in the coming weeks — on the merits of why it blocked a lower district court’s injunction.

“Texas should not be required to seek preclearance from the federal courts before its laws go into effect,” he wrote.

The tech industry and its supporters, including the NAACP and groups representing LGBTQ people, had warned that the law could also unleash a tide of hate speech, violent rhetoric and other extremist content — which could be construed as “viewpoints” — on platforms such as Facebook, Twitter and YouTube.

The Texas law, which Gov. Greg Abbott signed in September, is one of several Republican attempts at the state level to enjoin social media platforms from allegedly censoring conservative viewpoints.

Florida also has a similar social media law (SB 7072) that the 11th U.S. Circuit Court of Appeals ruled last week was largely unconstitutional, siding with the tech trade groups’ arguments that it violated their First Amendment rights. Similar bills have also been introduced in GOP-controlled legislatures of Michigan and Georgia.

Alito appeared to agree with Texas Attorney General Ken Paxton’s arguments that the Supreme Court has upheld previous laws requiring public disclosures from companies. Portions of HB 20 would require social media companies with 50 million or more monthly active users to publicly disclose how they moderate content and how they use search, ranking or other algorithms. Alito wrote that rejecting HB 20’s disclosure requirements “could have widespread implications with regard to other disclosures required by federal and state law.”

While far-right politicians — including former President Donald Trump and Rep. Marjorie Taylor Greene (R-Ga.) — claim their viewpoints are being unfairly repressed online, many liberals say the companies are not doing enough to remove hate speech and other extremist content. Social media companies argue that they don’t make content moderation decisions based on politics, and POLITICO’s analysis has found that some of the posts with the most engagement come from conservatives.

Outside legal experts suggested that the Supreme Court’s split ruling could mean that the court may want to eventually rule on the case itself.

Willy Jay, head of the Supreme Court and appellate litigation practice at Goodwin law firm, said that the 11th Circuit’s disagreement with 5th Circuit “suggests that this really could be a case the Supreme Court might review on the merits. That likely was important to several members of the five-Justice majority.”