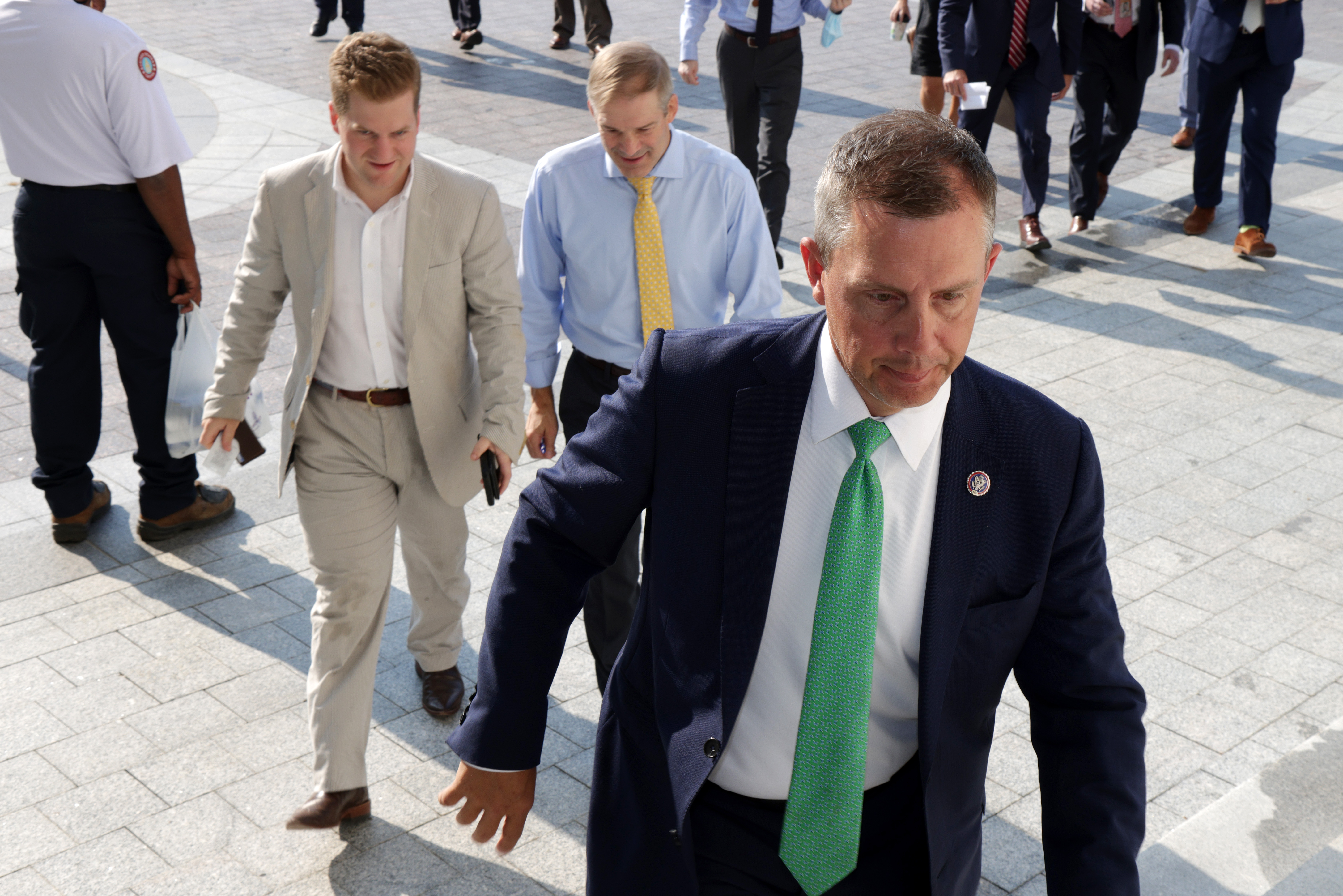 House Democrats spent former President Donald Trump’s final years in office passing bills that withered in the Senate but shaped the party’s presidential-campaign agenda — and as 2024 approaches, their GOP colleagues are poised to follow the same model.

Republicans gearing up for a House takeover this fall are privately crafting legislative goals for next year that would almost certainly fall prey to the Senate filibuster and not become law, regardless of which party controls the upper chamber.

The House GOP wants to pass bills to revive the Keystone XL pipeline, finish the wall along the U.S.-Mexico border and establish a “parental bill of rights” to capitalize on Covid-19-era frustration with education, according to interviews with more than half a dozen Republican lawmakers.

“If the case doesn’t get you to 60 votes in the Senate, at least it gets you to a point where hopefully you are winning the argument by the time you walk into the next presidential election,” Rep. Kelly Armstrong (R-N.D.), who was critical of Democrats’ similar strategy during the Trump administration, said in an interview.

House Democrats took power in 2019 with no power beyond their chamber but big plans to show voters what they’d tackle if they took full control of Congress and the White House in 2021. Now, the GOP sees the same opportunity if they can take back the majority, hoping they can convince voters in 2024 to award them with the trifecta: the House, Senate and the White House.

Never mind that Democrats — once voters handed that same trifecta to them — have mostly flailed legislatively, continuing to clear legislation that can’t get through the 50-50 Senate.

Rep. Gary Palmer (R-Ala.) said House Republicans are “not so focused on what the Senate may or may not do” as they mull their agenda.

“We need to, I think, set the course for what the future will look like under Republican ideas,” Palmer said.

However, House Republicans know they can’t focus solely on so-called messaging bills if they want to hold onto a potential majority. They also need to prove they can govern effectively, which will mean finding areas of potential bipartisan agreement with Senate Democrats and President Joe Biden. And those areas may be modest — Armstrong pointed to criminal justice reform and Rep. Patrick McHenry (R-N.C.) indicated he wants to pursue a follow up to a 2012 law bolstering small businesses.

Regardless, the strategy represents an early acceptance of the political reality: House Republicans’ ability to enact a sweeping GOP vision for the country for the next two years is severely limited. Some of the marquee issues they say they want to tackle — including inflation, energy, crime and beefing up border security — are sticky enough to be nonstarters in a Senate where the majority controls fewer than 60 votes, as is almost certainly going to be the case next year.

Biden could also veto any bill that makes it to his desk, meaning GOP ambitions have to clear an even higher bar.

Rep. Tom Cole (R-Okla.) said that the “day-to-day nuts and bolts” would need to be worked out with the Senate, but there was also a lane for legislating on policy with an eye on 2024.

“We have to leave a clear message and we’re trying to shape the next presidency,” he said.

House Minority Leader Kevin McCarthy, currently the undisputed front-runner for the speaker’s gavel should Republicans flip the House, last year established task forces for the conference to start putting together a framework for their agenda, dubbed the “Commitment to America.”

GOP lawmakers involved with those task forces say they’re crafting the agenda without considering Senate limitations. That includes trying to pass a balanced budget and extending Trump-era tax cuts that were opposed by every Senate Democrat in 2017.

“I hope that we don’t let the Senate dictate our actions,” said Rep. Buddy Carter (R-Ga.), who plans to run for Budget Committee chair if the GOP wins the majority. “We will work with them, but at the same time I don’t want us to ignore some of our priorities just because we think the Senate’s not going to go along with them.”

Republicans like McHenry, who is leading the jobs and economy task force, say the House has a longstanding role in driving and framing the parameters for policy debate in Washington. He argued that if Republicans “put out a thoughtful agenda” it would “determine the terms of debate for ‘23, and potentially for 2024 and the presidential race.”

Democrats have more to worry about than just losing the White House in 2024. Senate Democrats are facing a tough map that year, including seats in West Virginia, Montana and Arizona. Republicans plan to collect political fodder against those at-risk senators, using their ability to force tough votes on the House floor.

House Minority Whip Steve Scalise (R-La.), who is expected to become the majority leader after a GOP takeover, said that Republicans could help build “more public pressure” by passing pieces of their agenda and sending it over to the Senate. 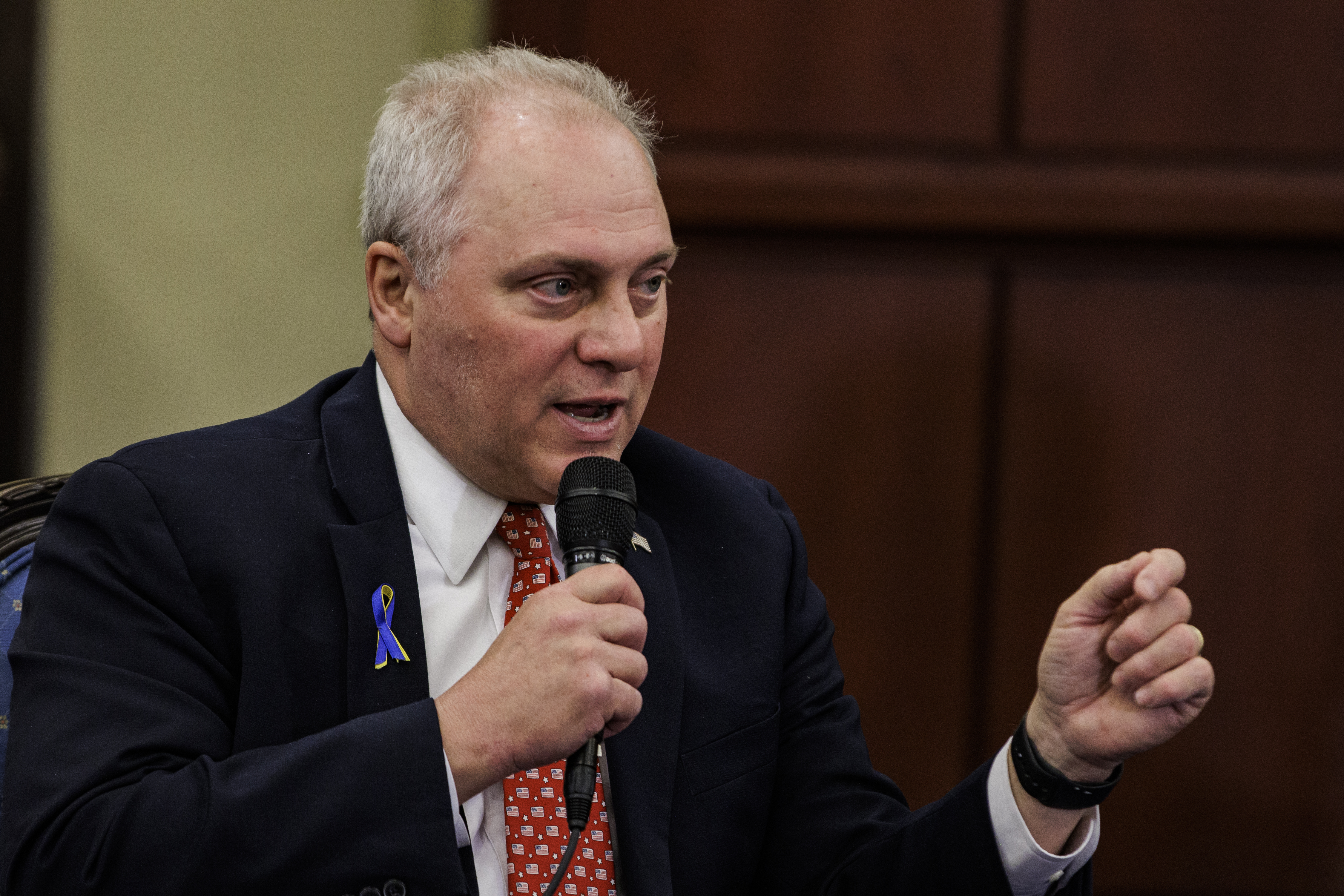 “We can’t control them,” Scalise said. “[But] that would put extra pressure on the Senate, especially Senate Democrats who have been voting lockstep with the socialist agenda, to come over and help us deal with some of these problems.”

Armstrong predicted that one of the conference’s top legislative priorities would be a border security bill. House Republicans are also preparing to use oversight hearings to make the case for such legislation and focus attention on the border, including related problems such as fentanyl overdoses, and to try to build public pressure on Democrats back in their districts.

“Our goal is to introduce good legislation and then be able to call attention to it enough, not so that I can go home and pat myself on the back, but so some of our colleagues have to go home and answer really tough questions why they’re not supporting good legislation,” Armstrong said.