Now it appears there’s a way to please both: promoting farming methods that help growers use less fertilizer.

Democrats and Republicans have been bitterly divided over whether measures to address climate change should be part of the half-trillion-dollar farm bill that Congress will write next year. But a push to include funding for so-called regenerative agriculture is appealing to GOP lawmakers who are watching farmers contend with sky-high fertilizer prices and other mounting costs.

“If we want to make sure these practices and others like them are more widely adopted, we have to make sure they are voluntary, they keep the farm profitable, and that [USDA] is equipped at a staff level to help farmers carry them out,” said Rep. Dusty Johnson (R-S.D.), a House Agriculture Committee Republican, who pointed out that many South Dakota farmers are already using regenerative methods to improve their soil.

To be regenerative, a farm can undertake any number of practices to sequester carbon and restore soil health. The most popular is cover cropping, the planting of an alternative crop like a legume or leafy green in between planting the principal crop, like corn or soybeans. This helps reduce erosion and also naturally restores the building blocks of plants, like carbon or nitrogen, that are stripped from the soil after intensive farming by scrubbing them from the air as part of the plant’s natural respiration cycle. They can also help make the soil more sponge-like, increasing water penetration and irrigation.

Other practices include avoiding tilling, which can kick up nutrients out of the soil; rotating and incorporating livestock into growing operations; and leaving unplanted “buffer” strips in between crop fields.

Democrats are largely aligned with Regenerate America, the leading coalition lobbying lawmakers to expand regenerative agriculture in the farm bill. They want Congress to direct the USDA to deploy more resources to improve soil health across existing conservation programs, and pump up some of those oversubscribed programs with nearly $5 billion in additional funding. Much of that is already contained in the Agriculture Resilience Act, a bill introduced by Rep. Chellie Pingree (D-Maine), that proponents want to use as a guide for what to include in the next farm bill.

Democrats secured $20 billion for the programs in the Inflation Reduction Act, their climate and tax reconciliation package. A House Republican aide with knowledge of plans said that will likely influence the baseline funding of the farm bill, and that Republicans could look for ways to redirect the funds.

Republicans are cautiously on board with the idea of helping farmers save money while they improve their soil, within limits.

Rep. G.T. Thompson (R-Pa.), who is expected to take the gavel of the House Agriculture Committee next year, said he has “been leaning into the climate discussion.” But at a recent hearing, he said he would not “have us suddenly incorporate buzzwords like regenerative agriculture into the farm bill or overemphasize climate within the conservation or research title, while undermining the other, longstanding environmental benefits that these programs provide.”

Other lawmakers don’t want the farm bill to turn regenerative agriculture practices into a mandate for farmers that benefits some but not all.

Rep. Doug LaMalfa (R-Calif.), the top Republican on the House Agriculture Conservation and Forestry Subcommittee, said he’s “cautious to have a whole big push towards this terminology of regenerative agriculture because agriculture tends to know what it’s doing over time anyway … they do what works pretty well.” 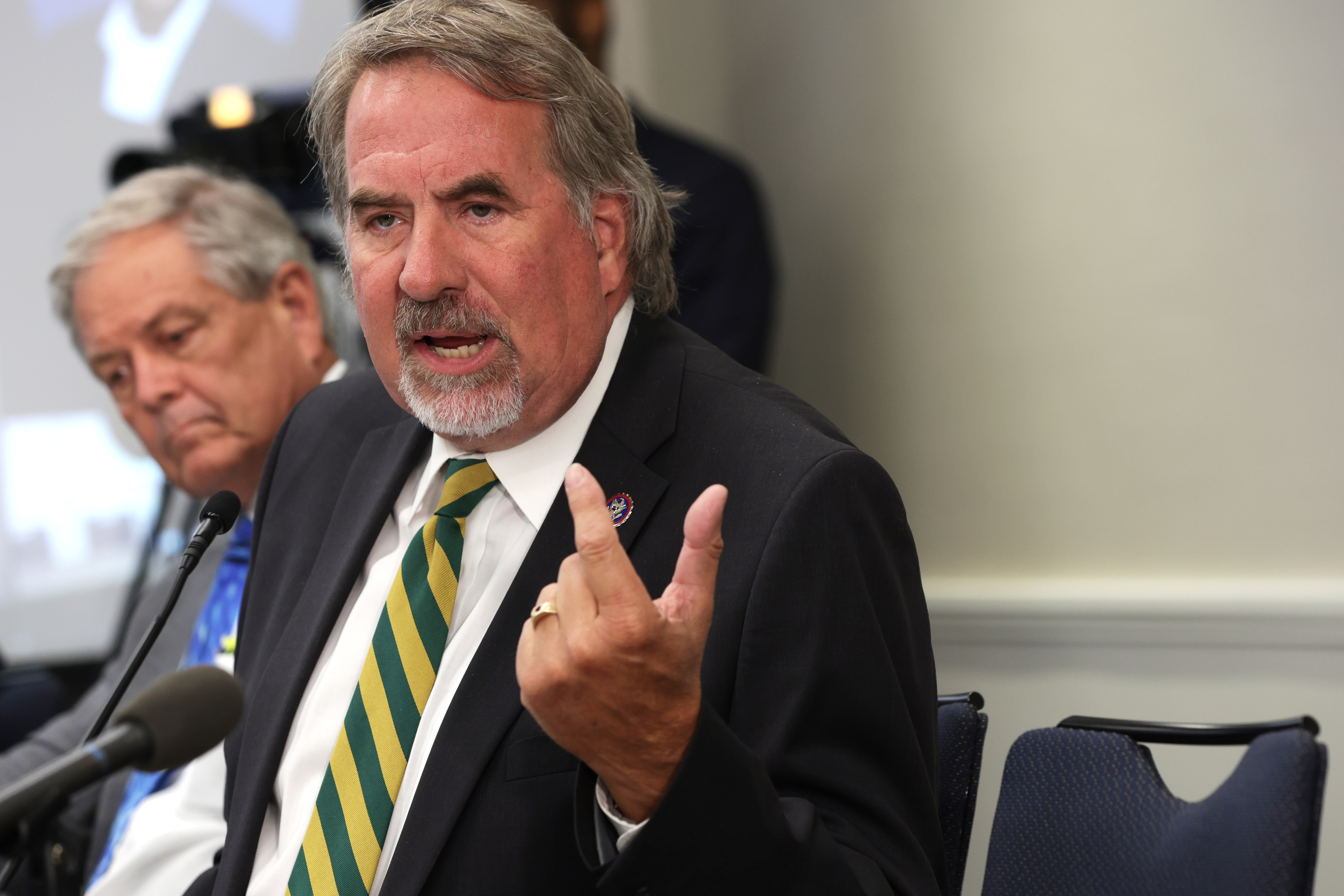 “If a guy’s finding he could do that and use less fertilizer, great for him,” LaMalfa said. But LaMalfa, a rice farmer, cautioned that not all operations, including his own, can use the regenerative practices.

However, he said, he’s still “certainly” open to boosting existing USDA conservation programs as long as they remain voluntary.

In the Senate, Sen. John Boozman (R-Ark.), the top Republican on the Senate Agriculture Committee, supports expanding regenerative practices — but his office steered away from wholesale endorsement of it by name.

“One person’s definition of regenerative ag may be different than another’s, but Ranking Member Boozman is supportive of making the conservation programs that are funded through the farm bill work better for our nation’s producers while helping them address their unique resource concerns, whether that’s soil health, erosion, water quality, water quantity, etc.,” his spokesperson said in a statement. “What he doesn’t want is what we saw in the Inflation Reduction Act where Congress funds one specific set of resource concerns focused on climate at the expense of other resource concerns like water quantity that producers across the nation are facing as drought continues to expand.”

Republicans could be swayed by the argument that regenerative agriculture is better for business. “We were saving one million dollars a year in input costs and we were increasing yield year-over-year in both corn and [soy]beans,” said Rick Clark, an Indiana farmer who transitioned to regenerative agriculture several years ago and testified to its benefits at a recent House Agriculture Committee hearing.

Democrats, for their part, are likely to keep pushing the issue.

Rep. David Scott (D-Ga.), who will likely continue as the House Agriculture panel’s top Democrat, called regenerative agriculture “the way we make sure that we have food security” in the future.

Robert Bonnie, the undersecretary for conservation at USDA who is responsible for designing much of the department’s climate policy, said the approach should be more focused on outcomes than labels.

“It’s easy to get caught up on terms [like] regenerative or climate-smart or all of these things,” Bonnie said in an interview. “There’s not a bright line between, you know, different types of agriculture. What we’re interested in is climate-smart practices that both reduce the greenhouse gas emissions, storing more carbon and in many cases can contribute to the resiliency of those operations as well.”