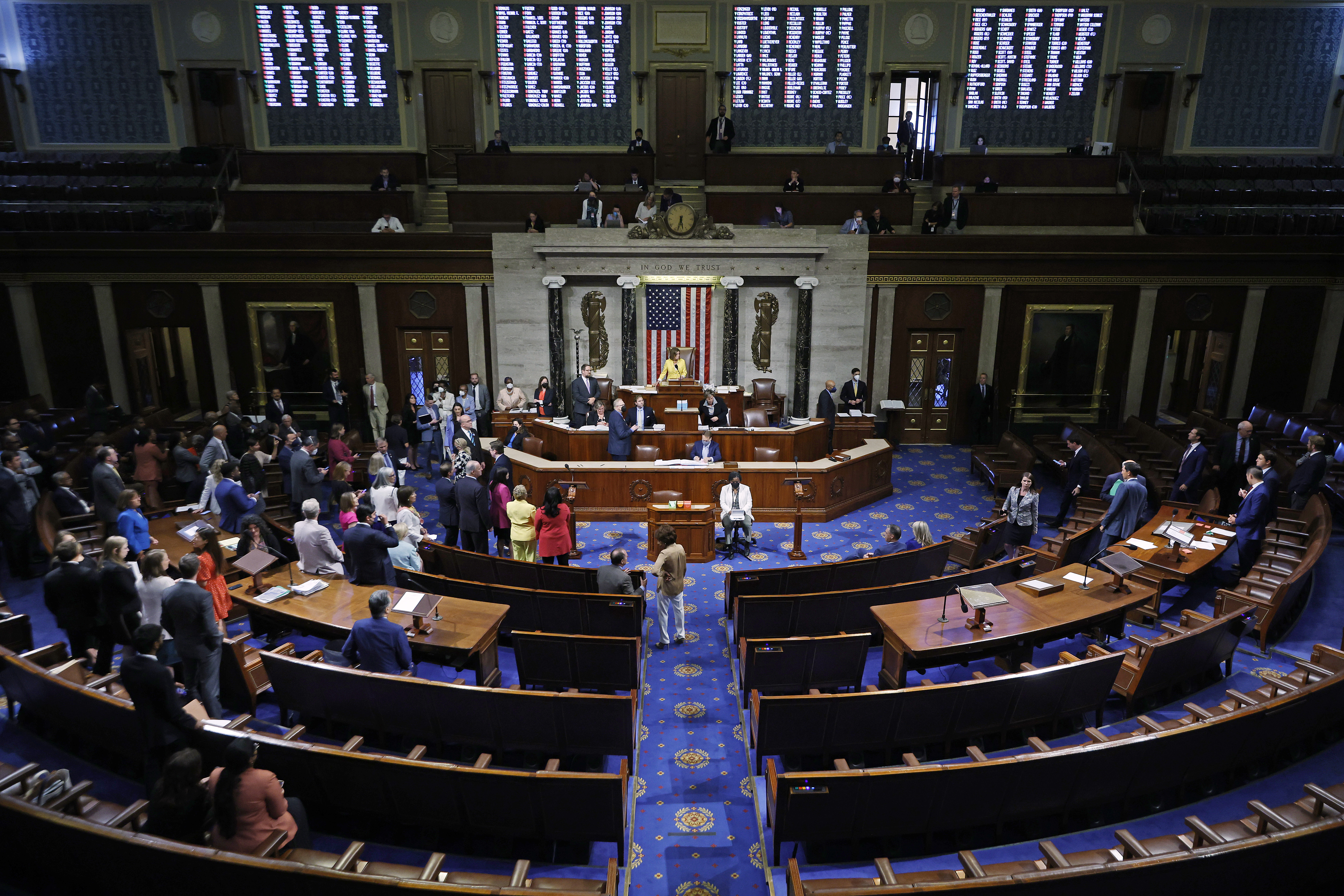 Ever since the Supreme Court overturned Roe v. Wade in June, it seemed possible that Democrats could avoid a midterm disaster. But if the post-Roe summer belonged to Democrats, by mid-October, even they can see the momentum they had is fading.

A recent CBS News/YouGov survey has Democrats running 2 percentage points behind Republicans in the generic congressional ballot — a measure closely tied to a party’s performance in the midterms. A New York Times/Siena College poll released on Monday showed likely voters inclined to vote Republican by a 49 percent to 45 percent margin. Independent women — a critical constituency for Democrats in swing states and districts — had swung sharply toward Republicans in the span of a month.

“I’m wishing the election were in August,” said Matt Bennett of the center-left group Third Way. “I think we peaked a little early.”

For Democrats, the timing could hardly be worse. Gas prices, after falling for weeks, are climbing again. Inflation is still out of control, and the stock market, despite a rally on Monday, has been taking a beating. Meantime, Republicans have been hammering Democrats on the economy and crime in a barrage of post-Labor Day advertising. And all of that is happening with early voting already underway in key states.

“Look, man, I’ve been at this for 30 years, and it is always the period in late September and early October when an election starts to tilt and move,” said Mark Longabaugh, a progressive ad maker who worked on Bernie Sanders’ 2016 campaign. “So, we’re at that moment, and I don’t think you can look at these numbers across the country and say anything but it looks like it’s moving in Republicans’ direction.”

He said, “I think it’s clear Republicans have seized the upper hand.”

It was just a few weeks ago that the landscape looked far better for Democrats. The party had over-performed in special congressional elections in Nebraska, Minnesota and New York. In heavily Republican Kansas, an anti-abortion rights ballot measure went down. Even President Joe Biden’s public approval ratings were ticking up, after a series of legislative victories.

But that was when Roe was in the headlines nearly every day, or the school shooting in Uvalde, Texas, which momentarily put Republicans on the defensive on guns.

In the New York Times/Siena College poll, just 5 percent of likely voters listed abortion as their most important issue. Forty-four percent cited economic concerns – on which voters favor Republicans over Democrats by a wide margin.

“I think we had three really good weeks in August that everybody patted themselves on the back,” scoffed one Democratic strategist who advises major party donors. “We were like, ‘Yeah, that should be enough to overcome two years of shitty everything’.” Now he said, “It’s not looking great. The best we can hope for right now is a 50-50 Senate, but the House is long gone.”

The midterms were always expected to be punishing for Democrats, with the party in the White House historically suffering midterm election losses. In part, the recent polls are a reflection of that reality coming into view as Election Day nears — that “things are settling a bit into traditional patterns,” said Celinda Lake, a prominent Democratic pollster who advised Biden’s 2020 campaign.

The kind of swing voters who move late in an election, she said, tend to be “very responsive to what they think the most recent turn of events on the economy is going to be, so they’re nervous about inflation and the stock market … They’re nervous about gas prices, and I think that we [Democrats] need to continue to press that we have the better economic agenda.”

Biden is scrambling to do that. Campaigning on the West Coast over the weekend, he insisted that “our economy is strong as hell.” And few Democrats are as distraught today as they were in previous midterm years, including in 2010, when Democrats lost more than 60 seats in the House. In the runup to that election, Gallup had Republicans up 10 percentage points on the generic congressional ballot. The numbers this year are much closer, with Democrats still holding a narrow advantage on the generic ballot, according to the FiveThirtyEight polling average.

Pete Giangreco, a longtime Democratic consultant, said the idea that there has been a “big shift” in the electorate is “hard to believe” given that polling in state- and district-level races has been tight for weeks.

One difference from pre-Donald Trump midterm election cycles is that Democrats this year are still benefiting, if less than once appeared likely, from Roe and a primary season that saddled Republicans with a raft of hard-line nominees — what Senate Republican leader Mitch McConnell has referred to as an issue of “candidate quality.” It’s possible that recent polling is failing to pick up the significance of a surge of Democratic-leaning voter registrations post Roe.

“Anybody who tells you they know what the turnout is going to be in the midterms is bluffing,” Lake said.

Still, Republicans have edged ahead of Democrats in U.S. Senate races in Nevada and Wisconsin, while the accusation that Herschel Walker encouraged and paid for an ex-girlfriend’s abortion does not appear to have sunk him in Georgia, where that Senate race remains close. The Senate is a toss-up, and almost no Democrat is betting on a good night in the House. Earlier this summer, there was at least some openness among Democrats to the possibility that they might.

“It’s feeling like a midterm where we’re in charge [of the White House], and we know what that means,” said Molly Murphy, a Democratic pollster who is president of Impact Research, the firm that was Biden’s lead pollster in the 2020 election. “It feels exactly like that, which is to say it doesn’t feel good for Democrats, but I think we will do better than I thought we might have done six months ago.”

She said, “I don’t think anyone is that bullish that Democrats will have a great night, but the question should be how bad it could have been.”