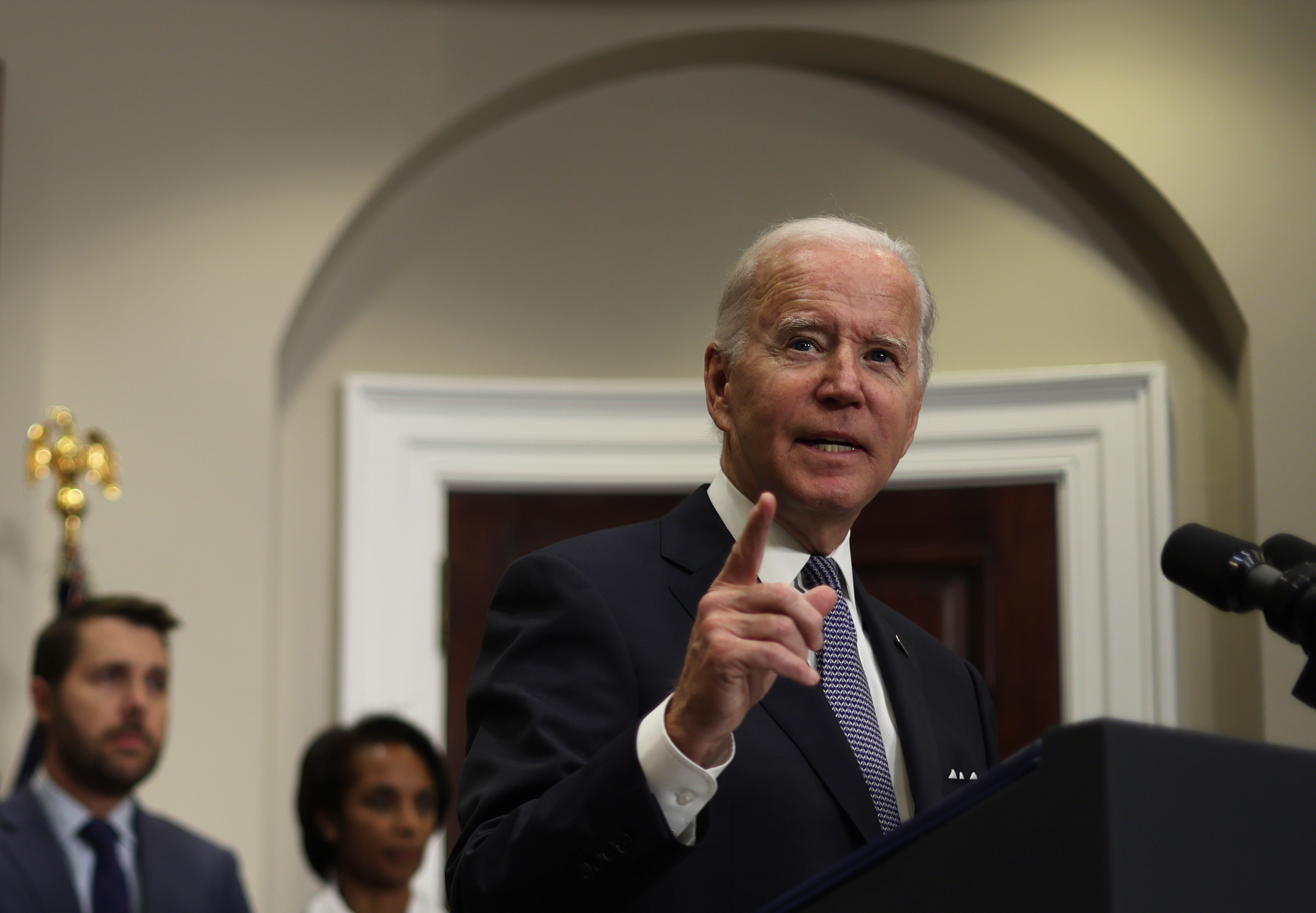 A federal appeals court has temporarily stopped the Biden administration from moving ahead with its plan to forgive hundreds of billions of dollars of federal student loan debt.

The 8th Circuit Court of Appeals on Friday issued an order that prohibits the Biden administration from “discharging any student loan debt” under its sweeping relief program until the court rules on an emergency request by Republican-led states to block the policy.

The court said it would hear the GOP states’ legal challenge on an expedited basis, with briefs from each side due on Monday and Tuesday.

The temporary stay is a setback for the Biden administration, which had previously said in court filings it could begin discharging student loans as early as this Sunday. The White House on Friday urged borrowers to apply, saying preparation would “continue to move full speed ahead.”

“Tonight’s temporary order does not prevent borrowers from applying for student debt relief at studentaid.gov – and we encourage eligible borrowers to join the nearly 22 million Americans whose information the Department of Education already has,” White House spokesperson Karine Jean-Pierre said in a statement Friday night. “It also does not prevent us from reviewing these applications and preparing them for transmission to loan servicers.”

Biden earlier on Friday announced that nearly 22 million borrowers had submitted applications for the debt relief program. That is roughly half of the more than 40 million Americans who the Education Department expects will be eligible for some amount of loan forgiveness.

A slew of GOP officials and conservative groups have fought to stop Biden’s debt relief plan in court, arguing that it’s an illegal abuse of authority and unconstitutionally circumvents Congress.

The Biden administration argues it has the power to discharge large swaths of federal student loans under a 2003 law, known as the HEROES Act, that gives the Education Department special powers during national emergencies, such as the Covid-19 pandemic.

The administration says that the debt relief is needed to mitigate the risk that many federal student loan borrowers may fall behind on their monthly payments after the freeze on repayment ends in January.

The lawsuit by the six GOP states — Nebraska, Missouri, Arkansas, Iowa, Kansas and South Carolina — is now before the 8th Circuit after it was rejected by a lower court judge on Thursday.

U.S. District Judge Henry Edward Autrey, an appointee of George W. Bush, ruled that the states did not articulate the type of harm that’s needed to have their legal challenge heard in federal court.

The states argue that the debt relief program causes them economic injury in the form of lost tax revenue and other losses stemming from federal student loans that state-related entities manage, own, or invest in. But Autrey ruled that most of those alleged harms were too speculative.