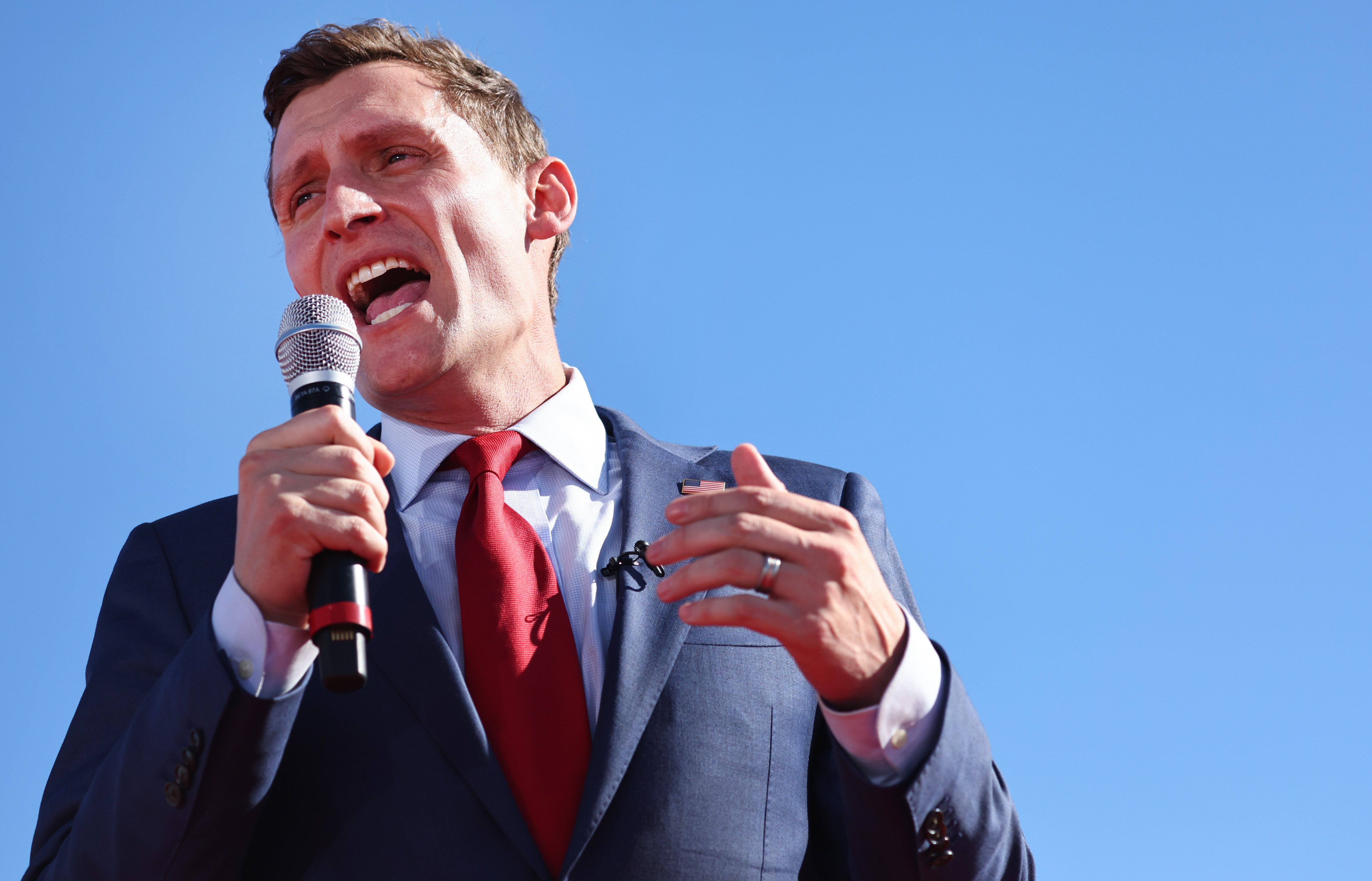 Just a month after national Republicans appeared to give up on Arizona Republican Blake Masters, the Trump-backed Senate candidate has staged a comeback — and Arizona is in play.

National and Arizona Democratic operatives are privately fretting that incumbent Sen. Mark Kelly is endangered, noting a shift by previously undecided voters toward the GOP, aided by a patchwork of new Republican spending to bolster Masters. Recent polling has shown Kelly’s lead shrinking to a few points, much tighter than surveys showed throughout August and September.

“There’s a very narrow path to victory for Democrats in Arizona,” said Roy Herrera, a Democratic election attorney and consultant in the state. “Any poll that shows the Democrats are doing any better than the low or mid-single digits is probably not accurate, or won’t be maintained through the election cycle.”

After Masters’ poor performance in post-primary polling, many observers appeared to conclude that the 36-year-old venture capitalist was a longshot to unseat Kelly, a former astronaut with a formidable fundraising operation.

A Democrat close to the Kelly campaign said Arizona should never have been considered “safe” for the party this year — even as Masters struggled earlier in the general election.

“We believe this is a race that’s within a point in either direction, and there’s still a good chance that we would lose,” the person said. “And it’s important people understand that.”

Polling in Arizona has not always been accurate in recent elections. In Arizona’s 2020 special Senate election, for instance, polls showed Kelly with a sizable, at times double-digit lead over then-Sen. Martha McSally, who was appointed to the seat in 2019. An election-eve survey by Reuters and Ipsos had Kelly leading by 9 percentage points. But Kelly ultimately won by just under 2.5 points.

The state, one of several possible pickup opportunities for Republicans trying to net at least one seat to take control of the narrowly divided Senate, has proven to be more difficult for the GOP than other battlegrounds this election. Senate Leadership Fund, the super PAC aligned with Senate Minority Leader Mitch McConnell, canceled roughly $18 million in planned advertisements from Arizona this fall as the group looked to other states as more likely GOP wins. The super PAC’s decision to pull out of the state — cuts that came in two waves — signaled to many that Masters would not be viable in the general election.

But in SLF’s absence, a host of other outside Republican groups have stepped in to fund advertisements on Masters’ behalf. A pro-Masters super PAC funded in the primary by billionaire Peter Thiel has reemerged in the general election, and a new super PAC backed by former President Donald Trump has charged in as well.

While it remains to be seen whether Thiel himself will put additional money into Saving Arizona, the vehicle he used to help Masters win the GOP nomination, other donors have given to the super PAC since the primary. A spokesperson for Saving Arizona said the super PAC believes it will have the resources needed to remain on television for Masters through Election Day.

While economic conditions are hurting Democrats’ chances with unaffiliated voters, the Republican base now appears to be consolidating behind Masters after remaining splintered in the aftermath of the Aug. 2 primary. Masters was endorsed in the primary by Trump, who narrowly lost the state in 2020 and who has publicly clashed with GOP Gov. Doug Ducey.

In addition to Trump, who held a rally in the state earlier this month, Masters has also gotten help on the campaign trail by Republicans, not of the MAGA persuasion. Ducey and former Vice President Mike Pence stood with Masters at a school choice event this week, two days after the Trump rally.

Polling over the last month — including this past week — has shown Masters gaining ground. A nonpartisan poll conducted last week by HighGround, an Arizona firm, found Masters less than 3 points behind Kelly.

One of the biggest shifts seen since this summer is older voters moving to Masters, said Chuck Coughlin, CEO of HighGround. Just after the Aug. 2 primary — a bitter Republican contest — voters 65 and older “were all over the map,” Coughlin said. In the firm’s most recent poll, many of those voters were committed to the GOP, which is consistent with historic precedent.

And while Kelly led with women by 20 percentage points in the firm’s polling just after the primary, that lead has fallen to 10 points, Coughlin said. Masters, meanwhile, has a 10-point lead with men.

“It’s going to be tighter,” Coughlin said, noting Kelly is still outperforming Masters with unaffiliated voters. “What we see is Mark and all the Democrats continuing to perform well among that cohort of voters and winning them fairly well, but probably not well enough to go to sleep.”

Masters’ increase in support comes as Democrats continue to outspend the Republican candidate, another sign of the GOP’s late momentum in the race. Since the start of the month, Democrats have outspent Republicans 2 to 1 on advertising, pouring in $19.3 million to $9.8 million. That’s less of an advantage than Democrats had earlier in the general election, however, when their ads were tripling the GOP’s in the Arizona Senate race.

More than half of Democrats’ October ad buys came from Kelly, whose dollars go much further than outside groups on television since candidates get discounted TV ad rates.

But new spending figures show Republicans are adding as much new money to the race as Democrats. In the last week, Republicans bought $3.2 million of new ads in Arizona, according to AdImpact, just over the $2.7 million from Kelly’s campaign and the Arizona Democratic Party.

And Sentinel Action Fund, a super PAC associated with the conservative issue group Heritage Action for America, is airing a new ad twice during Saturday’s Arizona State football game against Stanford. They’re also placing a new $250,000 buy for the ad in Phoenix this coming week.

“Anyone who knows anything about Arizona knows statewide races here are always very close,” said David Bergstein, spokesperson for the Democratic Senatorial Campaign Committee, explaining that the group has made a point to “stay off the poller-coaster” in Arizona this cycle to help the Kelly campaign in a competitive race.

Chris Hartline, spokesperson for the National Republican Senatorial Committee, similarly referred to Arizona as a “tight race,” accusing Kelly of “sucking up to Joe Biden and D.C . Democrats” while the NRSC has continued to spend money in the state.

Throughout his campaign, Kelly has sought to portray himself as an independent-minded senator, running television ads about “working with Republicans” and saying he isn’t afraid to “stand up to the left.” At a debate earlier this month, Kelly described some of Biden’s immigration policy decisions as “dumb.”

A Republican involved in the Arizona race said it now appears that GOP donors and activists alike are beginning to realize that “Blake has a legitimate shot of winning the race.”

“A month or two ago, I think the generic view of Blake was that he was dead in the water,” the Republican said.