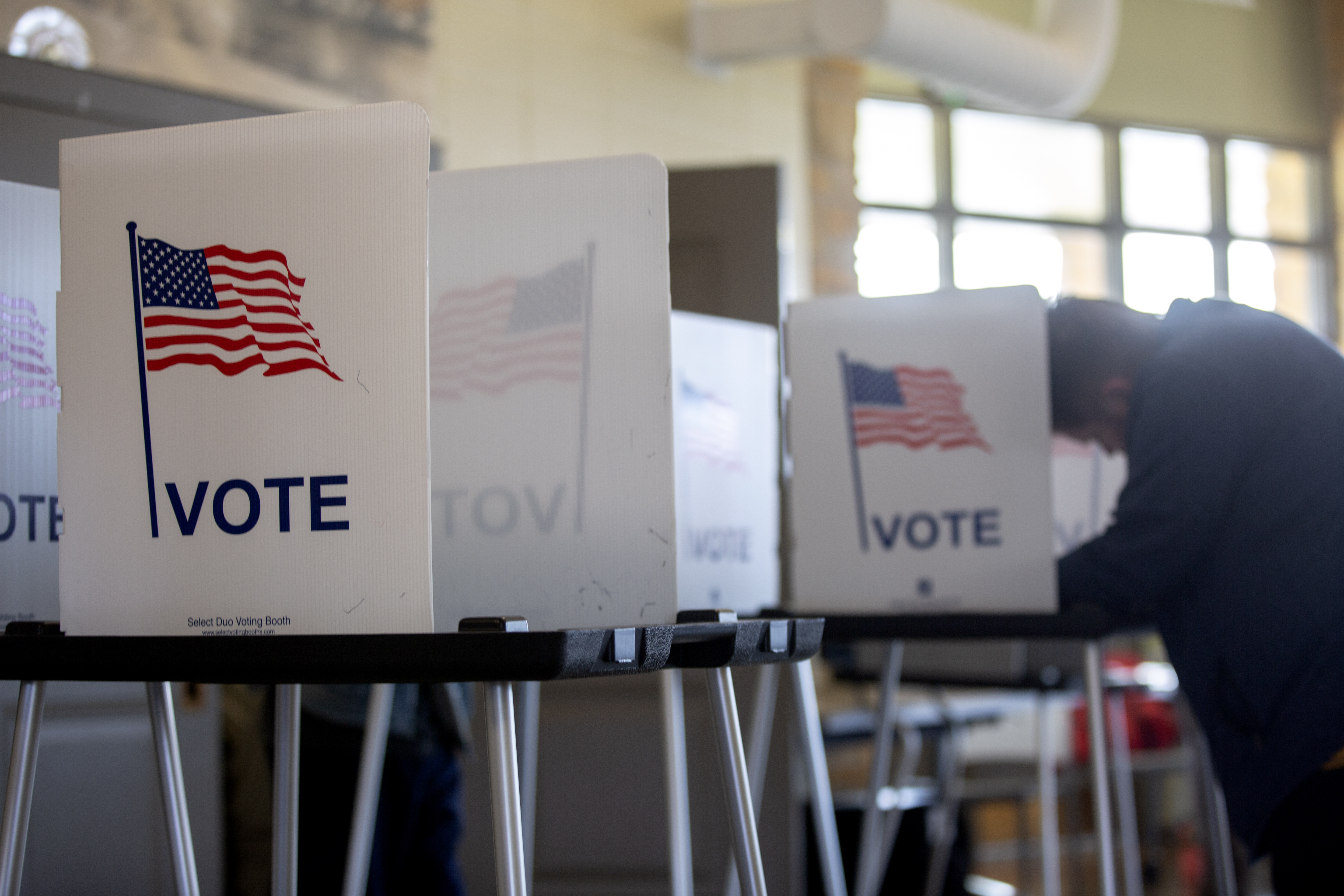 Voters had their say on more than 130 ballot initiatives this year — deciding the fate of proposals on issues as diverse as election access, abortion rights and cannabis legalization.

And while a handful focused on abortion rights took center stage after the Supreme Court’s decision to overturn Roe v. Wade, voters in Oregon approved a right to affordable health care, Alabama, Tennessee and Vermont scrubbed slavery from constitutions, and North Dakotans set term limits on governors and legislators.

Many states are still processing ballots, particularly in the West, where Nevada voters were asked to consider ranked choice system. But here are some of the issues that found success — and a few whose failure sent a message:

Among the five states that had abortion rights on the ballot this fall, four made it clear that they want some form of access to the procedure.

Vermonters voted overwhelmingly in favor of a proposal creating a constitutional right to “personal reproductive autonomy.” Voters in California and Michigan established a right to contraception as well as abortion. The latter was seen as carrying the highest stakes. If it failed, abortion-rights supporters feared for the resurrection of a 1931 state law banning the procedure with no exceptions for rape and incest. The fate of the law has been mired in court.

In Kentucky, voters shot down an amendment that sought to add language to their constitution explicitly stating there is no right to an abortion.

Arkansas voters rejected a proposal that would have made it more difficult to adopt constitutional amendments, a move that was seen as targeting future abortion policy in the state.

In Oregon, votes are still being counted on a measure that would add language to the state constitution stating every resident has a right to affordable health care. And a measure in Montana — that would have declared an embryo or fetus to be a legal person with a right to medical care — was rejected by voters. Critics from the medical community worried it would criminalize health care providers who don’t resuscitate newborns with fatal conditions at parents’ request.

California voters affirmed their support for maintaining a ban on flavored tobacco.

Voters in five states split on whether to embrace marijuana. Maryland and Missouri-backed legalization, which means nearly half of Americans now live in states with legal weed. But Arkansas, South Dakota and North Dakota rejected recreational legalization.

Democratic-controlled states have generally been more receptive to weed, increasingly addressing legalization through their legislatures after Illinois lawmakers packaged it with other changes to the criminal justice system in 2019. But advocates for the drug have struggled in deep-red states, instead turning directly to the voters, who are often more supportive of legalization.

Connecticut voters passed a measure that calls for the state to offer in-person early voting. Michigan approved a measure that calls for nine days of early voting and absentee ballot drop boxes. And Ohio voters approved changes to the state constitution to require that only U.S. citizens be allowed to vote in local elections — an initiative pushed by conservatives after the village of Yellow Springs passed a measure in 2019 allowing noncitizens to cast ballots.

Some measures are still being counted, including one where Arizona voters considered whether to require birth dates and voter ID numbers to be included on mail-in ballots, and photo IDs for early in-person voting. So far, the results remain close.

The state of Nevada and communities across the country took up the issue of ranked choice voting, which allows voters to record their preference for multiple candidates competing for a single office. Evanston, Ill., a city just north of Chicago, voted to become the first place in the state to adopt the process, with 82 percent voting yes on the referendum that will bring it to city elections. Fort Collins, Colo., voters also approved ranked choice voting.

Labor groups hold sway in Illinois, but votes are still being tallied there on a constitutional amendment guaranteeing workers’ right to unionize. The measure needs at least 60 percent of those voting directly on the amendment for it to pass or a majority of all people who vote in the election. With 93 percent of precincts reporting Thursday, it’s unclear if the measure will clear either metric.

In Massachusetts, voters narrowly agreed to increase taxes on incomes more than $1 million.

Their efforts led to a ballot question asking voters if they wanted to keep the law, which would allow people without legal status to apply for a standard driver’s license beginning July 2023. Supporters said the law would help with road safety; opponents said it would reward people who are in the country illegally and encourage others to do the same.

Voters upheld the law, keeping Massachusetts among the 17 states and Washington, D.C., that have passed such a law.

Voters in Alabama, Tennessee and Vermont approved ballot measures that prohibit slavery as a punishment for crimes from their constitutions. Some supporters of the initiatives say the passage could force states to pay people serving time in prison for their labor.

Ohioans voted to change the way bail is determined, leaving it to judges to set it for people facing criminal charges and consider public safety before allowing defendants out before trial.

Lisa Kashinsky contributed to this report.