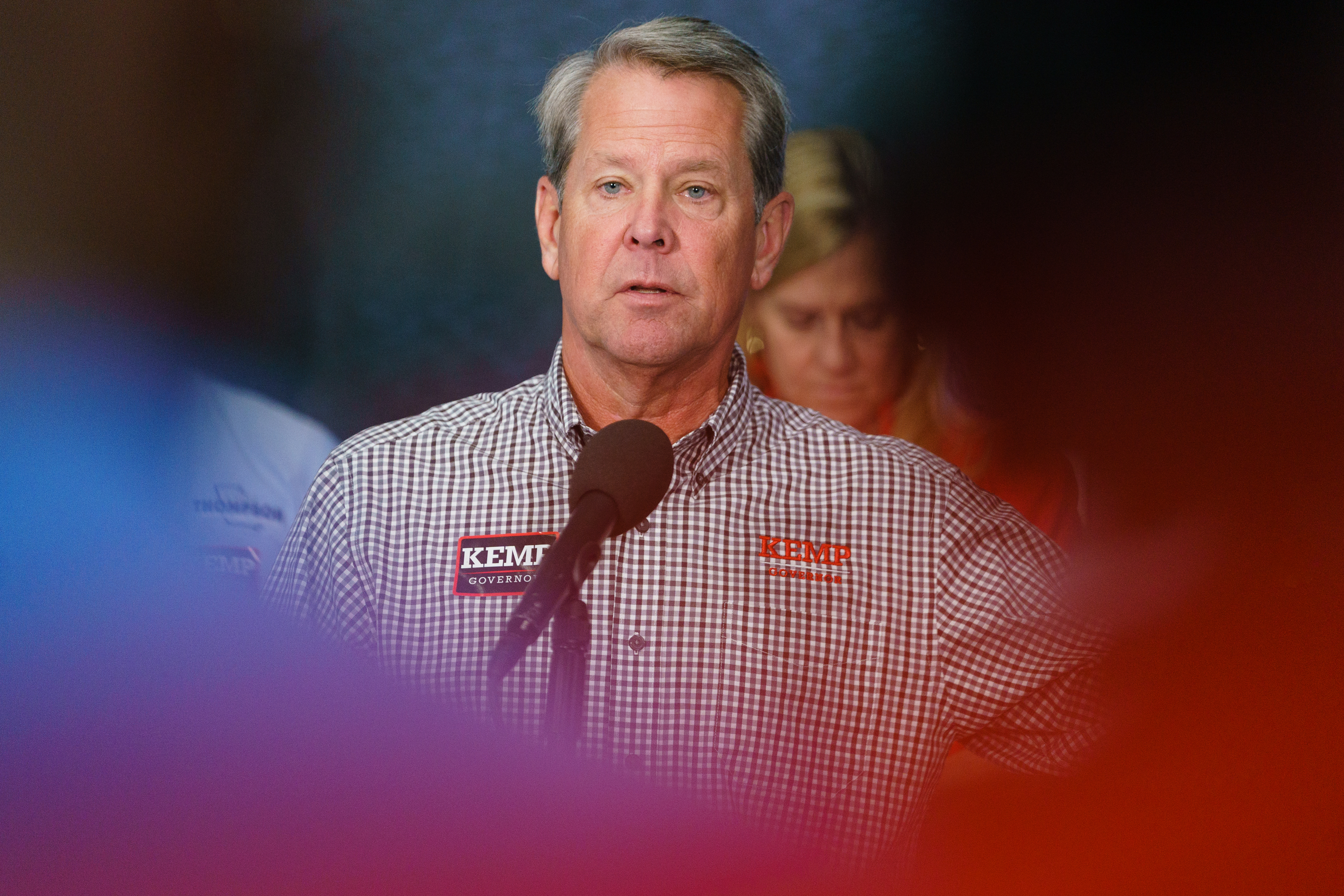 Mitch McConnell is tapping Georgia Gov. Brian Kemp to help Republican Senate candidate Herschel Walker over the finish line in his December runoff election — a contest that could decide control of the chamber next year.

Kemp is loaning his get-out-the-vote machine to the Senate GOP’s voter turnout efforts, giving the party entrée to a political team that is increasingly viewed as one of the GOP’s most formidable state operations. The governor ran a gauntlet this year, prevailing over a Donald Trump-backed primary opponent by a lopsided margin before comfortably defeating Democrat Stacey Abrams in the general election.

Under an agreement that was finalized Thursday, Kemp will transfer his door-knocking, data analytics, phone-banking and micro-targeting program to the Senate Leadership Fund, the McConnell-aligned super PAC that is bolstering Walker. The super PAC will provide the funding for the $2 million-plus effort, which will be run by Kemp’s senior advisers and staffed by more than 100 field workers.

It’s the first time that Senate Leadership Fund, which spent more than $230 million on advertising this election cycle, has ever funded a get-out-the-vote effort on the ground. But the party has reason to invest heavily in turnout operations in Georgia: Just two years ago, Republicans lost the Senate majority after falling in a pair of runoffs in the state, in part because some GOP-aligned voters decided not to vote.

At the time, Trump was trying to overturn the results of the presidential vote in the state and casting doubt on the legitimacy of the results.

The runoff plan follows two days of discussions between the McConnell and Kemp teams. On Wednesday, after it became clear that neither Walker nor Warnock would reach the 50 percent threshold needed to avoid a Dec. 6 runoff, McConnell reached out to Kemp and said he wanted his help.

The governor agreed. Over the following day, McConnell and Kemp advisers hashed out a blueprint.

“Gov. Kemp wrote the playbook for how to win big in Georgia, and we are thrilled to partner with his top-notch team to elect Herschel Walker to the Senate,” said Steven Law, the Senate Leadership Fund president. “As we learned in 2020, Republican turnout is essential for victory in a runoff election, and we are leaving no stone unturned – preparing a ground assault to partner with the coming air war.”

Kemp’s involvement in the runoff reflects his rise in GOP circles following his reelection victory, with top party figures increasingly viewing him as a force. Senior Republicans say they’ve closely examined how Kemp notched a nearly 52-percentage point primary victory over former GOP Sen. David Perdue — a nominating fight the governor won by suffocating Perdue’s campaign before he could fully get off the ground. All the while, Kemp weathered scorching attacks from Trump, who savaged Kemp for certifying the 2020 election results in Georgia, which President Joe Biden won narrowly.

McConnell, who has also been a frequent target of the former president, was among those closely tracking Kemp. Following the governor’s May primary win, Kemp, his wife, and campaign manager Bobby Saparow flew to Washington. During the trip, the two met with McConnell and his political adviser Josh Holmes over breakfast in the Senate Dining Room.

In September, McConnell was listed as the “special guest” at a fundraiser for Kemp in Washington, which also drew more than a dozen other Republican senators.

Those familiar with the arrangement noted that not only has Senate Leadership Fund never run a canvassing operation before, it hasn’t partnered with the political operation of a sitting governor, either.

Incumbent governors often outsource their get-out-the-vote programs to state parties. But the unusual circumstances of Kemp’s reelection campaign caused him to take a different approach.

The governor’s team set up its own apparatus amid concern that the chairman of the Georgia GOP, David Shafer, was aligned with Perdue. During the primary, Kemp’s campaign spent nearly $3 million on voter outreach, which included a microtargeting and data analytics effort. Kemp then carried the program into the general election after winning the primary, also using it to help Republican candidates running at the state level.

“Gov. Kemp was able to build the best ground game operation in the entire country this cycle,” Saparow said in a statement. “Our team is ready to work with SLF and Leader McConnell to make sure Herschel Walker is the next senator from Georgia and Republicans regain the majority in the Senate.”