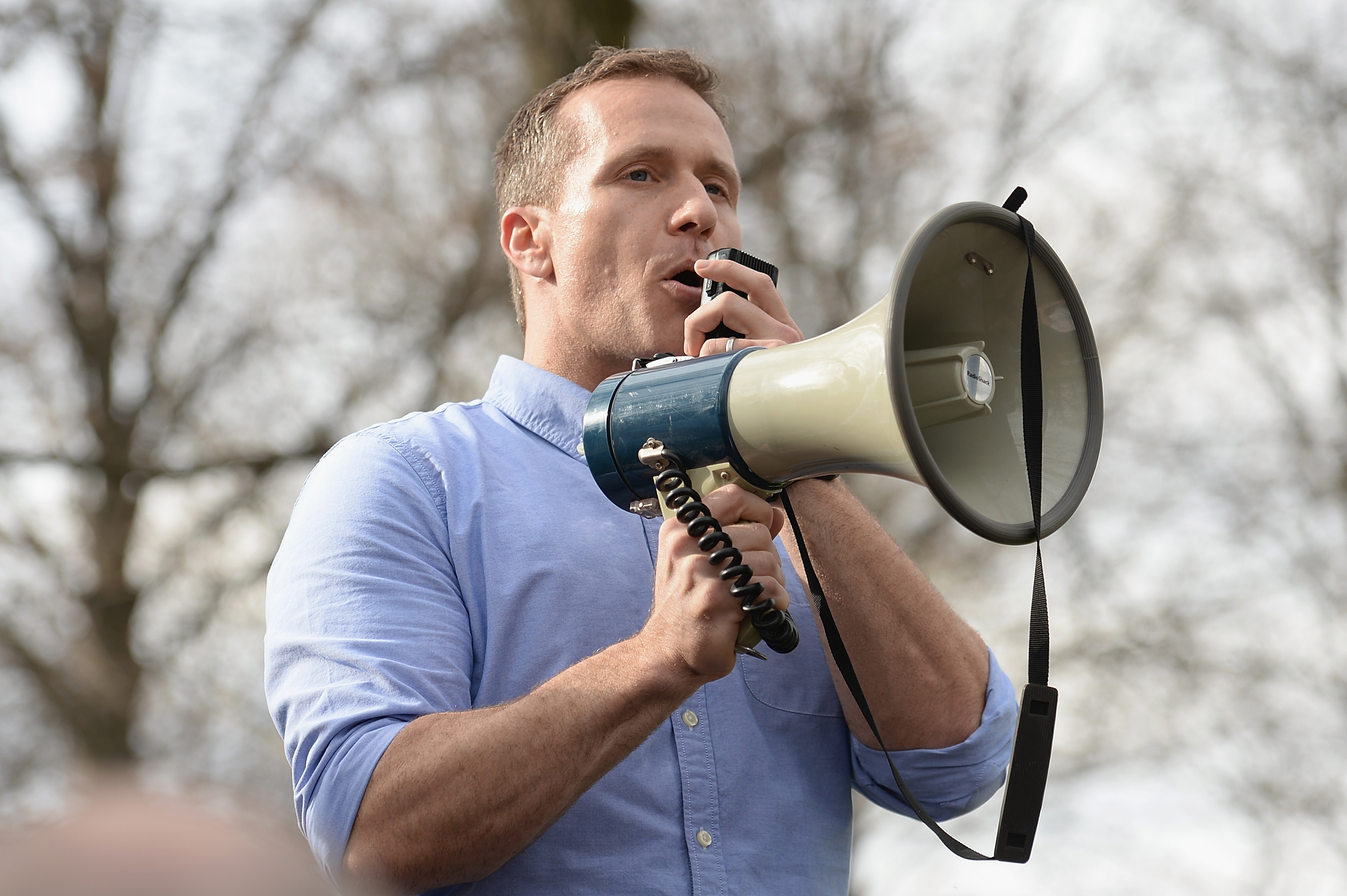 The second-term governor, who hails from one of the wealthiest megadonor families in the Republican Party, has contributed $250,000 to Show Me Values, according to campaign finance disclosures released late Wednesday. Ricketts was the second-largest contributor to the organization, which launched in late June with the sole mission of stopping Greitens, a disgraced former governor who stepped down from his post in 2018 amid allegations that he had sexually assaulted his hairdresser, from winning the Aug. 2 GOP Senate primary.

Greitens and Ricketts, who is currently co-chair of the Republican Governors Association, overlapped briefly in their gubernatorial tenures: Ricketts was elected in 2014, while Greitens won in Missouri in 2016. Ricketts’ mother, Marlene, gave $50,000 to Greitens’ campaign for governor that year, according to state campaign finance records.

In Oct. 2017, shortly before the scandal broke, Greitens was a headline guest at a Ricketts-hosted steak fry political event in Shelton, Neb. The then-Missouri governor at the time had been considered a rising GOP star, though the party would desert him only months later.

Ricketts has shown a willingness to spend out of his own pocket to stop his political foes as his term-limited time in office winds down. Ricketts and his father, billionaire TD Ameritrade founder Joe Ricketts, earlier this year poured hundreds of thousands of dollars into an outside group that targeted Nebraska Republican Charles Herbster, a Ricketts nemesis who waged an unsuccessful primary campaign to succeed Ricketts as governor.

The anti-Greitens Show Me Values super PAC has spent the last month airing hard-hitting advertisements going after the former governor over the sexual assault allegations and accusations by his ex-wife that he physically abused their children. Since its founding in June, the super PAC has invested more than $5 million into the race – a substantial sum that top Republicans hope will sink Greitens.

Republicans in Missouri and nationally are deeply worried about the prospect of Greitens winning the party’s Senate nomination, believing that he could lose the seat to a Democrat in the general election. Greitens has been running competitively with two other candidates, state Attorney General Eric Schmitt and Rep. Vicky Hartzler, in the GOP primary. Show Me Values materialized last month and is spearheaded by Johnny DeStefano, a Kansas City native who served in President Donald Trump’s administration.

The super PAC’s biggest donor was investor Rex Sinquefield, a Missouri GOP kingmaker who gave $1 million. It also received contributions from August Busch, heir to the Anheuser-Busch brewing fortune, and the American Society of Anesthesiologists.

Greitens has attacked the group as part of an establishment-focused effort to derail him.

“Nothing will stop Gov. Greitens from being Missouri’s next U.S. Senator, especially not a RINO group funded by…acolytes” of Senate Minority Leader Mitch McConnell, said Greitens campaign manager Dylan Johnson, referring to the acronym for Republicans in Name Only.