A clean energy arms race between the U.S. and China — the world’s two superpowers and largest greenhouse gas emitters — has been the dream of climate advocates for decades.

It may have just begun.

The Inflation Reduction Act that President Joe Biden signed on Tuesday will pour $369 billion into clean energy and help to build a domestic clean tech manufacturing sector designed to displace China as the key supplier of critical equipment for solar, wind and batteries.

“What this does is show to the Chinese that the U.S. is actually going to be real in this game and not actually just going to talk about it, and I think that’s a benefit to everyone,” said Jake Schmidt, senior strategic director of international climate with the Natural Resources Defense Council, an environmental research and advocacy group. “The planet will benefit from that healthy competition.”

The IRA was signed less than two weeks after Beijing suspended its cooperation with the U.S. on climate change — a dialogue that had been fostered by Kerry and viewed as an oasis of partnership amid the broader strategic hostility — in protest at the visit of House Speaker Nancy Pelosi to Taiwan. 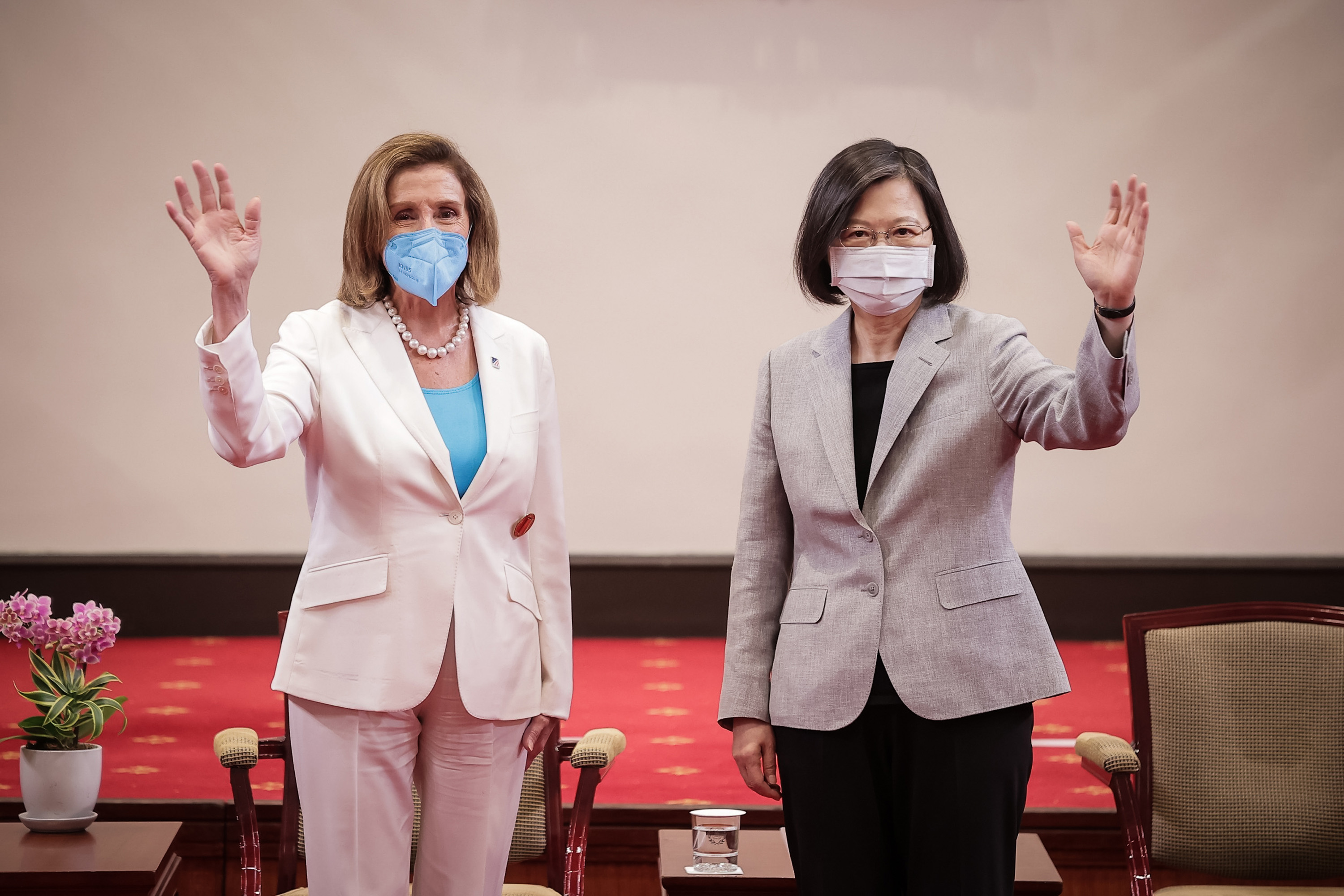 With that, the pairing that made the Paris Agreement possible and in more recent times helped ease an agreement at last year’s climate conference in Glasgow, Scotland, was severed.

These two developments, according to present and former diplomats and climate experts, signal an end to any hope that the U.S. might influence Beijing through appeals based on mutual responsibility. Rather, competition is in vogue.

Now the U.S. is putting unprecedented money behind its wager that it can beat China in the marketplace while seeding a domestic clean energy base of its own. The $369 billion in incentives to sprout battery and electric car makers, electric appliance manufacturers and other clean industries more than quadruple the next-biggest U.S. green investment, the $90 billion from the 2009 American Recovery and Reinvestment Act.

Collectively, national plans submitted under the Paris climate pact to cut emissions are not enough to keep the world from warming more than 2 degrees Celsius, the line that scientists warn would bring catastrophic change. China and the U.S. — together responsible for around 38 percent of global greenhouse gas emissions — will largely dictate how fast the planet heats up.

Kerry has spent much of the past 18 months holding closed talks with Chinese officials, cajoling, bargaining and pressuring Beijing to raise its climate goals.

China had rebuffed Kerry’s entreaties by pointing out that the U.S. might have set tough targets, but it wasn’t doing much to meet them. During regular knowledge-sharing sessions with EU counterparts, Beijing’s diplomats have smugly asserted that they have nothing to learn from the Americans when it comes to overhauling a fossil fuel economy.

Biden’s signature on the biggest climate spending package in U.S. history was barely dry when his climate envoy was tweeting that the IRA “puts America on track to achieve our climate goals and encourage others in the world to increase their efforts.”

“The before and after, there is no comparison,” he said, adding that Kerry’s position “would have been pretty damn weak without it.” China’s questions about U.S. delivery are “not really believable at this point,” he said.

But it hasn’t altered the diplomatic chill from China. The United States’ representative in Beijing, Nicholas Burns, urged the Chinese to reconsider their decision to suspend cooperation in light of the new domestic program.

A spokesperson from the Chinese foreign ministry shot back on Twitter: “Good to hear. But what matters is: Can the US deliver?”

“You can bet” on it, Burns retorted.

In a statement, Liu Pengyu, a spokesperson for the Chinese government, pointed to the June Supreme Court ruling limiting the Environmental Protection Agency’s power to curb carbon emissions from power plants, as well the tariffs on Chinese solar equipment and a ban on imports of materials originating from Xinjiang, where the U.S. says China is using forced labor.

“These self-contradictory moves make the world question the U.S.’s capability and seriousness on addressing climate change. The U.S. should earnestly deliver on its historical responsibilities and due obligations on climate change and stop looking around for excuses for its inaction,” he said.

The Chinese taunts sting because the U.S. is already playing catch-up in the race to lead the clean economy.

While China leads the world in building new coal plants and accounts for around half of all the coal burned globally each year, all that black smoke obscures a revolution occurring on the clean side of its energy sector.

Public and private investment in clean energy in China was $381 billion last year, according to the International Energy Agency. That outstrips all of North America by $146 billion. The share of electricity generation provided by renewables is higher in China than in the U.S., while the sheer number of solar panels and wind turbines being installed across China leaves their American rivals in the dust.

Despite being the home of Tesla, the U.S. has also missed the jump on electric vehicles. Chinese buyers bought more electric cars and vans — 3.3 million — in 2021 than the entire world combined bought in 2020. Sales in the first quarter of 2022 then doubled year-on-year. In the U.S., growth has started to ramp up, but from a significantly lower base.

Alongside this, China has built homegrown industries on a vast scale. In designing “Made in America” provisions in the IRA, the Biden administration was hyper aware of China’s dominance in building batteries, wind turbines and solar panels.

“It’s a competition for global leadership and the soft power of global leadership … and for leadership in the clean energy economy,” said Nigel Purvis, CEO of consulting firm Climate Advisers who previously worked on climate for the State Department.

Recent U.S. moves illuminate a growing interest — often bipartisan — in using industrial policy to counter China, with Congress passing or considering laws that would arm the world’s largest economy for battle with China in the growing clean tech market.

The IRA would spend tens of billions of dollars in incentives for manufacturers to make batteries and other clean tech parts in the U.S. rather than relying on China. A planned bill to relax permitting rules for all types of energy, which is expected to get a vote before Sept. 30, is being framed as reducing dependence on Chinese minerals. And 24 House Republicans joined Democrats to approve $280 billion in incentives last month to encourage U.S. semiconductor production.

“It is absolutely the case that the Chinese investment in the supply chain is massive compared to what we’re talking about. And the tools that they use are incredibly powerful,” said John Coequyt, director of government affairs with the think tank RMI. “We tend to subsidize deployment and it’s new to be more focused on manufacturing. That sort of brings us closer to the set of tools that the Chinese have used.”

The economic signals from China are feeding an increasingly broadly held view among climate diplomats and observers that Beijing’s economic self-interest is leading toward a place that the U.S. and others might have hoped to push it.

“China decided years ago that the clean energy transition is a strategic advantage for them,” said Schmidt.

Reinforcing that view are the impacts of climate change on China’s precious economic growth. Weeks of epic heat and a brutal drought are straining power supplies and hitting output across the country just as President Xi Jinping prepares for a critical set of meetings later this year that could consolidate his long-term hold on power.

That’s a reassuring thought for Western diplomats who admit that changing Chinese policy from outside has grown even more challenging since Beijing cut ties with the only foreign country that has ever had any significant influence over its emissions choices.

“We have to accept the reality in which cooperation with China is going to be difficult-to-impossible,” said Janka Oertel, director of the Asia program at the European Council on Foreign Relations. “None of our actions should be conditioned upon China’s willingness to cooperate. But they shouldn’t be done under the assumption that China’s not going to do anything.”