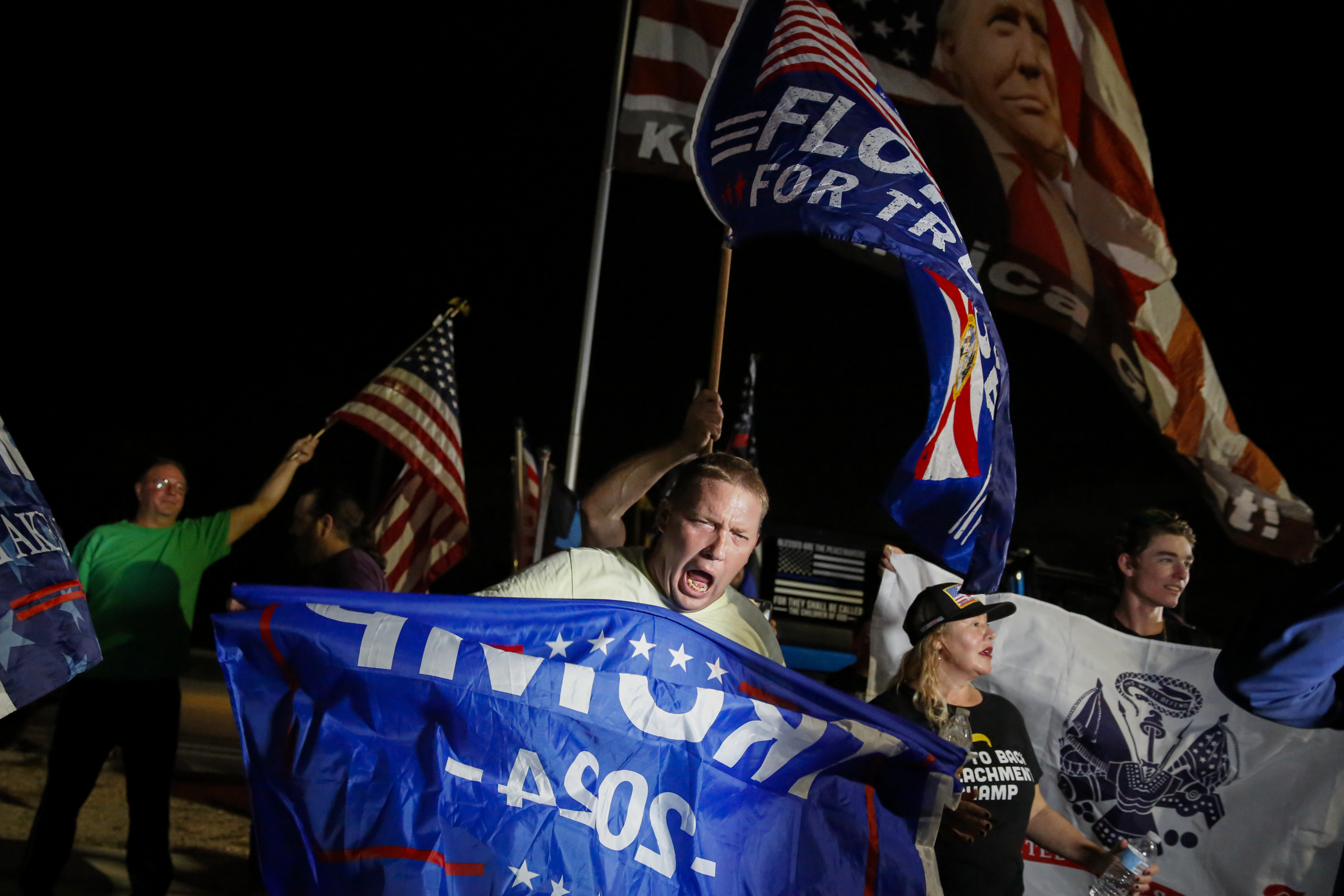 The political consequences of the FBI’s search of Mar-a-Lago, former president Donald Trump’s Florida residence, have been shrill but predictable. Most Democrats have welcomed it as gratification long delayed, Trump loyalists have condemned it as a “Deep State” abuse of power, and more measured Republicans have split the difference. Observers have also pointed to the danger of riling up Trump’s base and stoking his determination to retake the presidency.

But perhaps the raid’s most sobering result is the increased yet unavoidable risk it ultimately poses of widespread civil breakdown. Watching agents search Mar-a-Lago could turn a large enough portion of Trump’s far-right base decisively against federal authority that its defiance could shift from episodic to systemic, eventually leading to regular armed resistance to federal law enforcement on the order of Ruby Ridge and potentially even Waco.

To avoid this outcome, law enforcement must strike a fine balance. During the 1990s, one of us was director and then senior director for counterterrorism at the National Security Council, coordinating the fleeting federal response to what appeared to be rising right-wing militancy behind the bombing of the Oklahoma City federal building in 1995. The other lived in Northern Ireland, chronicling the shaky end of the Troubles and the fitful effort to neutralize illegal armed groups, including the Provisional Irish Republican Army and the loyalist paramilitaries. In both cases, law enforcement agencies were required to walk the line between proactive enforcement and calibrated forbearance to ensure that political violence would be neither tolerated, on the one hand, nor incited, on the other.

It wasn’t easy to do. And political conditions in each place were even less conducive to political violence than they are in the contemporary United States.

Federal agents have moved aggressively against far-right groups in the past, with troubling results. In 1992, the standoff between federal agents and a white supremacist suspect and his family at Ruby Ridge, Idaho, resulted the deaths of a U.S. marshal, the wife of the suspect and his son. The following year, during federal officers’ long besiegement of the compound of the Branch Davidian religious sect in Waco, Texas, 86 members of the group died. Those events were containable, though, mainly through still more vigorous law-enforcement. They did not impel the large-scale organization of operational extremist groups or produce a concerted series of attacks on U.S. government targets.

Timothy McVeigh did confirm that the two incidents were key catalysts of his devastating 1995 bombing of the Murrah Federal Building in Oklahoma City, which killed 168 people. The ensuing investigation had a chilling effect that, by the end of the decade, appeared to have quelled any burgeoning threat of far-right domestic terrorism or insurgency. By 9/11, the specter of transnational jihadist terrorism had overtaken such worries. There was abundant flirtation with extremism and an undercurrent of more toxic and deeply felt far-right dissatisfaction, as there had been since the Civil War in the form of the Lost Cause Myth and persistent bigotry, but it had limited popular purchase and remained largely underground.

The differences between the 1990s and the present day in terms of the likelihood of political violence and civil breakdown in the United States are stark.

For one, there’s the newfound legitimacy of domestic political violence. In the 1990s, the militia movement was merely percolating, committed to resisting government but not interested in taking the offensive or prepared to do so. Mainstream American liberals and conservatives both firmly considered domestic political violence unacceptable. Only conspicuous law-enforcement debacles could inspire even an extremist like McVeigh to lethal terrorist action against fellow Americans. Today, though, Blue and Red are arguably irreconcilable, and Trump has hauled the far right to the surface and enlisted it in his personal service. Some of his supporters are so convinced that his presidency was stolen from him that they apprehend the subdued, circumspect, non-violent execution of a search warrant on his residence as a casus belli, and authoritative and admired figures encourage them to do so.

Steve Bannon labeled the FBI a “gestapo.” Georgia representative Marjorie Taylor Greene called for Congress to defund the FBI. Far-right pundits have proclaimed “This. Means. War.” and characterized the search as a “declaration of war.” Posts on far-right internet forums have been more violent than any since January 6. Last weekend, armed Trump supporters clad in body armor held a protest outside the FBI’s Phoenix office. Threats against federal law enforcement have spiked, intensifying a growing trend. Some extremists have “doxxed” FBI agents, publicizing their personal information to enable others to harass them or target them with violence. Such behavior seems intended to mobilize those of McVeigh’s ilk.

Perverse though it is, the perceived legitimacy of far-right vigilantism is the main upshot of the January 6 insurrection, Trump’s ongoing rhetoric about the Deep State, and the valorization of armed self-help in the form of the acquittal of Kyle Rittenhouse and the proliferation of stand-your-ground and permissive gun-carry laws on the state level. The militias and other avid Trump loyalists now see themselves as pro-state in the sense that they support the real-America-in-waiting and its anointed leader.

Another important difference is the growth of social media as engines of political violence. Militia organizations were essentially atomized in the 1990s, without the benefit of mass communication or cooperation. Now, they are thoroughly networked through Facebook and other digital platforms, over which they feed one another’s fervor as well as organize events and coordinate paramilitary operations, as demonstrated by the digitally driven coalescence of the Jan. 6 insurgents. Ironically, the militias have also learned from jihadists’ increasingly effective use of the internet for recruitment and operational coordination, and are themselves becoming transnationally networked.

Finally, owing to persistent far-right Republican opposition to effective gun control in spite of rising gun violence, military-grade weapons — notoriously, AR-15 assault rifles — have become far more widely available over the last 30 years, and militia members have accumulated them. More permissive gun ownership and carry legislation has made it easier for them to mobilize in force.

The potentially incendiary effect of the Mar-a-Lago search will not have been lost on the Department of Justice or the FBI. Federal law enforcement agencies have for some time been reluctant to move forcefully on far-right militias for fear of escalation, while elected local prosecutors are loath to indict those who help put them in office. Given its own apparent awareness of these constraints, it is a fair inference that the Justice Department concluded that searching Mar-a-Lago, even if it will incite the same far-right forces, was mandatory from the standpoint of upholding the rule of law. Indeed, what is known of the content of the documents sought and reasonably believed to be in Trump’s possession — including classified information related to nuclear weapons and the identities of intelligence assets — underscores the point. 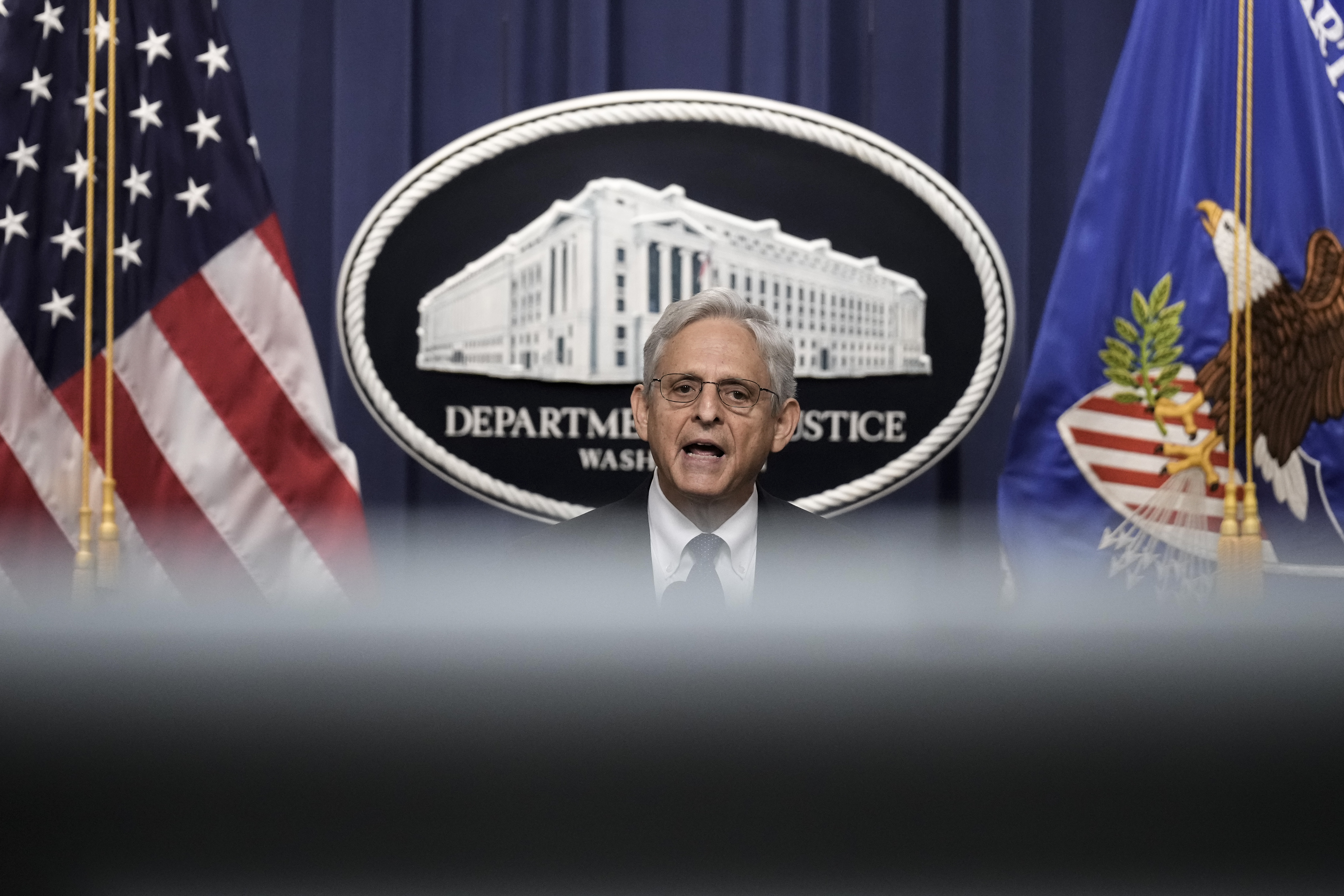 There is little doubt that Attorney General Merrick Garland fully understood that the raid would make it more dangerous for federal agents to serve warrants on far-right extremists. At the same time, the threat of domestic political violence that Trump willfully elevated does call for more proactive enforcement efforts by federal authorities, especially the FBI and the Bureau of Alcohol, Tobacco, Firearms and Explosives. Yet because the Mar-a-Lago raid has made such operations riskier, federal agencies may be inclined to confront suspects with SWAT-style force protection. This would be less a departure from than a continuation of recent practices: heightened perceptions of the jihadist terrorist threat since 9/11 have induced police departments to purchase military equipment and take a more muscular approach to relatively routine operations. The militarization of the domestic counterterrorism effort could further antagonize far-right groups and make civil war a self-fulfilling prophecy.

A spiraling confrontation between the state and its adversaries also poses the risk of fracturing federal law enforcement itself. While it’s well known that local law enforcement, whether municipal police departments or exurban sheriffs’ offices, often identify with radicalized far-right movements that oppose federal authority, some members of federal law enforcement are also prone to empathize with the other side. Anecdotal evidence points to tensions within the FBI itself over the Mar-a-Lago raid.

Mature democracies have gone too far in the past. In 1969, the British government sent troops to Northern Ireland to quell growing community unrest over Catholic nationalist political and civil rights protests. The soldiers were initially welcomed as peacekeepers. But as grievances could not be immediately addressed and protests escalated, the British government resorted to more extreme measures, including direct armed confrontation, mass internment of those suspected of paramilitary activities, the statutory establishment of “scheduled offenses” for political violence, and the creation of dedicated, non-jury courts for trying those charged with them. The IRA exploited this too, orchestrating marches and demonstrations that would prompt the Royal Ulster Constabulary to break out the riot gear, which served to confirm their narrative of state oppression, generate sympathetic headlines and news spots, and win recruits to the armed struggle. Eventually, the public came to see IRA militants as soldiers in a civil war. By the mid-1970s, London understood that demilitarization and normalization would make the conflict more tractable, but by then the gouge was set: the Troubles would last 25 years, extend violence to the British mainland, and palsy Northern Irish society.

In dealing with Euskadi ta Askatasuna (ETA), the Basque separatist group, Spain used aggressive tactics similar to those Britain brought to bear in Northern Ireland; that conflict too lasted a generation. Italy and West Germany were more cautious and discreet in handling the Red Brigades and the Baader-Meinhof Gang, respectively. Despite spectacular and shocking campaigns of assassination, kidnapping and terrorism, the two groups gained less traction than the IRA and ETA did and were at least marginally more manageable. France has resolutely treated Algerian and Corsican nationalist militant groups as ordinary criminals, and their trajectory has been notably flat.

Given these precedents, only a resolute law-enforcement approach to counterterrorism, mounting the effort one search warrant and indictment at a time and resisting escalation, has a prayer of staving off wholesale civil conflict in this country. The FBI was right to serve the warrant. It was also right to do so in an unassuming manner, after exhausting all other means of enforcing the law. Now, it is incumbent on federal agencies to enforce the law without galvanizing a far-right movement primed for violence against the state. We might be at a tipping point between fragile order and general disorder, but tipping points by their very nature cannot be known in advance. Federal authorities face that uncertainty every day, every hour. They are compelled to be, vexingly and heroically, both strategically aggressive and tactically restrained.