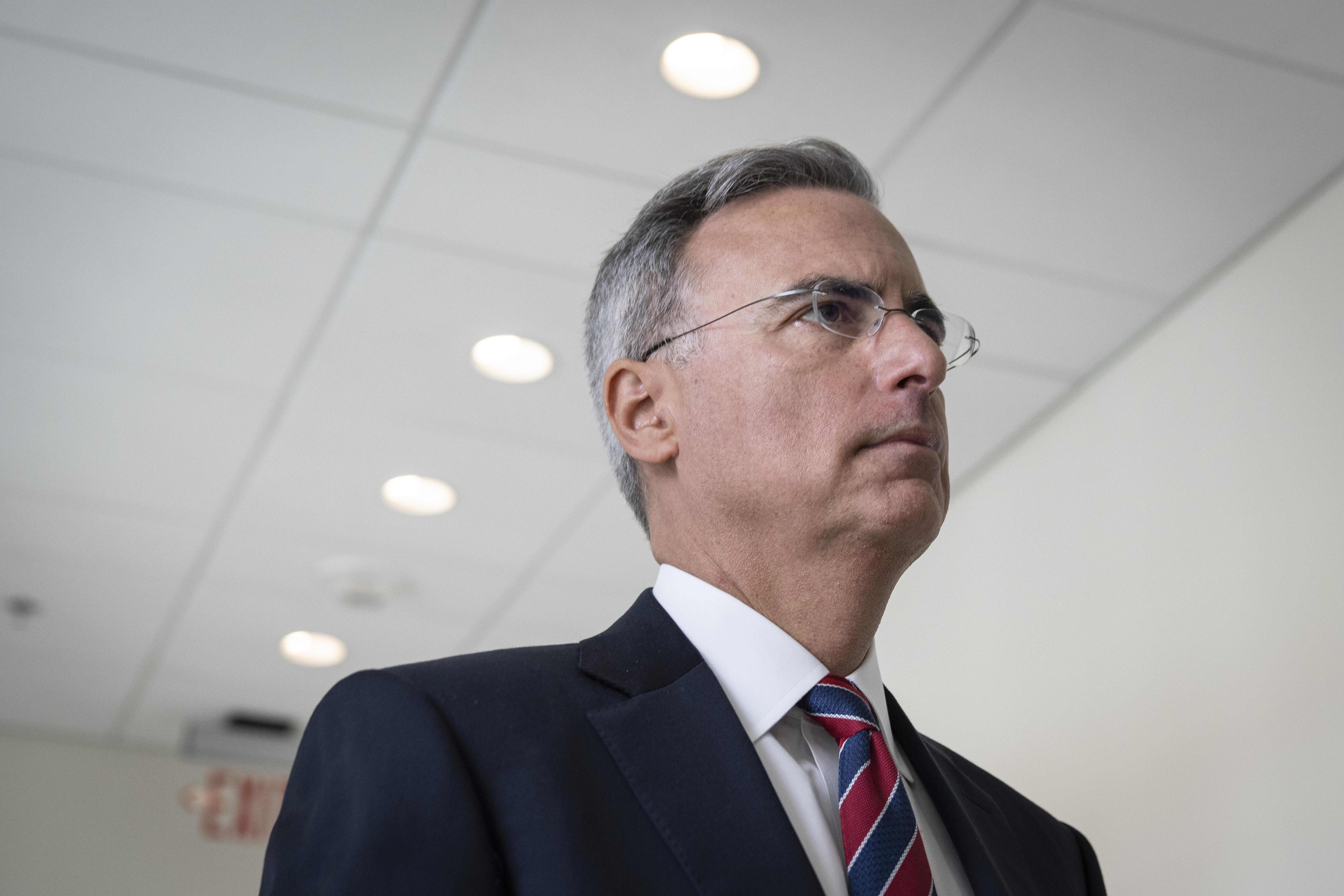 Cipollone huddled with committee investigators in a closed-door conference room of the Tip O’Neill House Office Building, emerging about half a dozen times to hold sidebar conversations with his attorney in a separate room. Each time he declined to comment on the interview or whether he was asserting any privileges.

Details of Cipollone’s testimony remained concealed late Friday but a source familiar with the interview indicated the committee found his testimony “very helpful.”

The former White House counsel sat for an informal interview with the panel in April, though he had resisted previous calls from the select panel to testify. He reached an agreement earlier this week with investigators to sit for a transcribed interview.

The select panel did not immediately respond to a request for comment.

Cipollone’s testimony could be a crucial source of firsthand information about Donald Trump’s effort to subvert the 2020 election. The former White House counsel was present for many of Trump’s most crucial decisions in the period between the Nov. 3 election and Jan. 6.

Witnesses have told the panel that Cipollone repeatedly raised legal objections to aspects of Trump’s plan — from sending false electors to Congress to a potential march to the Capitol on Jan. 6. Cipollone also threatened to resign on multiple occasions, witnesses told the committee — including when Trump threatened to replace DOJ’s leadership days before Jan. 6 and also when Trump sought to name attorney Sidney Powell a special counsel to investigate false allegations election fraud.

Former White House aide Cassidy Hutchinson told the committee that Cipollone warned of potential criminal exposure if Trump and White House officials joined a march to the Capitol with the intent of blocking the transfer of power to Joe Biden.

It’s unclear whether he broached any of these subjects Friday.