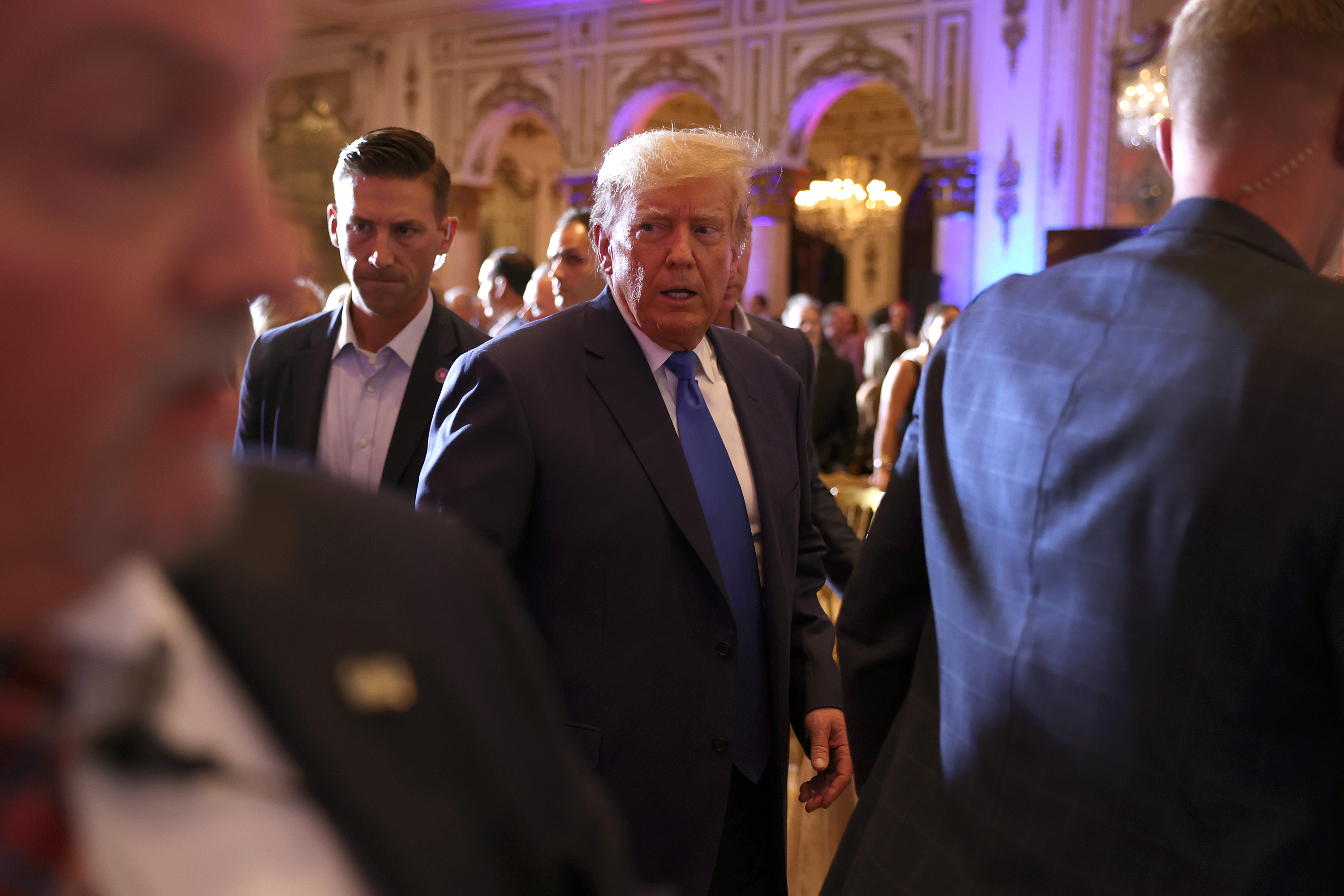 Donald Trump’s lackluster campaign announcement was one thing. His real problem is fast becoming the collective shrug Republicans have given him in the week-plus since.

Far from freezing out potential competitors, Trump’s announcement was followed by a raft of potential 2024 contenders appearing at the Republican Jewish Coalition conference in Las Vegas over the weekend, where at least one Republican who had previously said she would defer to Trump if he ran — former U.N. Ambassador Nikki Haley — now said she is considering running in a “serious way.”

The morning after his account was reinstated — a development once viewed as a significant lift to Trump’s candidacy — Fox News Sunday spent more time talking about the ticketing debacle surrounding Taylor Swift’s upcoming tour.

“The people talking about [Trump’s campaign announcement] in my circles, it’s almost like it didn’t happen,” said Bob Vander Plaats, the evangelical leader in Iowa who is influential in primary politics in the first-in-the-nation caucus state and who was a national co-chair of Sen. Ted Cruz’s campaign in 2016. “That, to me, is what is telling, where people believe we probably need to move forward, not look in the rear view mirror.”

Ever since he steamrolled through the 2016 presidential primary, and even after his defeat four years later, Trump had bent the GOP to his will — reshaping the party’s infrastructure in Washington and the states to serve his interests, tearing down Republican dynasties and hand-picking congressional and statewide nominees.

Now, leading Republicans are no longer cowering before Trump, and for the first time since he rode down the escalator in 2015, many aren’t listening to him at all. They are dodging questions about Trump’s candidacy, or openly defying him by rallying around DeSantis. Even if the Florida governor is not yet, as Sen. Cynthia Lummis of Wyoming declared, the  “leader of the Republican Party.”

“There’s a significant number of people out there who really are opposed to him, and I don’t think will change their minds over the course of the next two years,” said Tom Tancredo, a former Republican congressman and anti-illegal immigration crusader from Colorado who called Trump “one of the best presidents we’ve ever had.”

He added, “You can’t deny that that’s a problem for him … I’m worried about his electability, surely.”

Trump may still be the frontrunner to win the GOP nomination. In a POLITICO/Morning Consult poll this week, Trump was still running 15 percentage points ahead of DeSantis with Republicans and Republican-leaning independents. If a wide field of more traditionalist Republicans split the primary vote in early nominating states, as they did in 2016, Trump could still cut through his competitors with less-than-majority support.

He benefited in the 2016 primary from open conflict with more traditionalist Republicans, and he will have them to belittle again in 2024. In a preview of the unfolding campaign, he cast DeSantis this month as “Ron DeSanctimonious,” and, in a racist outburst at Virginia Gov. Glenn Youngkin, asserted his name “sounds Chinese.” Neither DeSantis nor Youngkin — nor most of Trump’s other rivals — have been tested on the national stage. And no Republican in the field, of course, has been president before.

“His unique selling point is, ‘I did this, I fixed the economy, I gave you the Abraham Accords, I kept peace, I fixed the border with no help from the Washington politicians,’” said one Republican strategist close to Trump.

Trump’s path, the strategist said, is to remind Republicans what they liked about his presidency, and to emphasize that, unlike his competitors, he has “done it before.”

What Trump has also done, however, is lose — and drag the GOP down with him. Following a midterm election in which Republicans failed to retake the Senate, the GOP is desperate for a win in 2024. And while presidential primaries are always colored to some degree by concerns about electability, the earliest stages of the 2024 contest, as one longtime GOP operative in Iowa put it, are “just about winning.”

More than anything, what the first week of Trump’s 2024 campaign has laid bare is that the former president is no longer in a separate league from other potential presidential contenders. He is a dominant — but not the singular — force in the GOP, and his candidacy is starting at a time when Republicans are still digesting his contribution to the party’s shortcomings this year.

It isn’t only the underperformance of Trump’s favored candidates in the midterm elections weighing on Republicans, but exit polling in which more than a quarter of voters said their vote in U.S. House contests was meant to oppose Trump — in an election where he was not on the ballot.

“It’s shocking, in the sense that I think he felt that he could scare everybody out of the field and become the presumptive nominee, and it just didn’t work,” said Saul Anuzis, a former chair of the Michigan Republican Party. “It’s not like 20 congressmen came on board. It’s not like 100 members of the RNC came on board.”

While calling Trump “still the guy to beat,” Anuzis said, “My perception was that there would be a larger enthusiasm for his candidacy from those who were supportive of him. Instead, it’s been more like a thud. … The excitement’s just not there.”

The hits may still be coming. In Georgia, where Democratic Sen. Raphael Warnock and Republican Herschel Walker are locked in a runoff, Republicans have been keeping a careful distance from Trump, a reminder of his liability in a swing state. Warnock, meanwhile, has begun airing an ad in the state attacking Walker for his ties to the former president featuring only footage of Trump praising him.

Normally, as the first declared candidate in the presidential primary, said John Watson, a former chair of the Georgia Republican Party, “any time you’re the only person in the marketplace, it enables people to be focused on you.”

But with Trump, he said, “It’s becoming increasingly noise that is being ignored by people as they position and think how we win the next election.”