SACRAMENTO, Calif. — After the driest three years in the state’s modern history, California suddenly has a different problem on its hands: too much water.

An ongoing series of storms drenching the state has forced officials to take measures unfathomable just a month ago, like releasing excess water from reservoirs and pumping surging river flows into storage.

It’s also renewing interest in how to better capture rainfall for dry times — an idea long popular in agricultural areas, particularly among Republicans, and now increasingly embraced by Gov. Gavin Newsom and other Democrats.

“As you can see outside with some of the floods, it’s not that we don’t have water, it’s what are we doing with it when we get it,” Assemblymember Devon Mathis (R-Visalia) said in an interview.

To many, the storms highlight the need for changes to the vast system to capture rain and snow in the wetter northern part of the state and transfer it to the farms of the Central Valley and the cities of Southern California. Much of the recent runoff has ended in the sea, even as forecasters warn that the drought is not yet over.

The weather whiplash is not new to California, but climate change is expected to super-charge these extremes.

The state already has plans to start construction on a new reservoir near Sacramento next year, and to increase pumping in the Sacramento-San Joaquin region through the Delta Conveyance project. 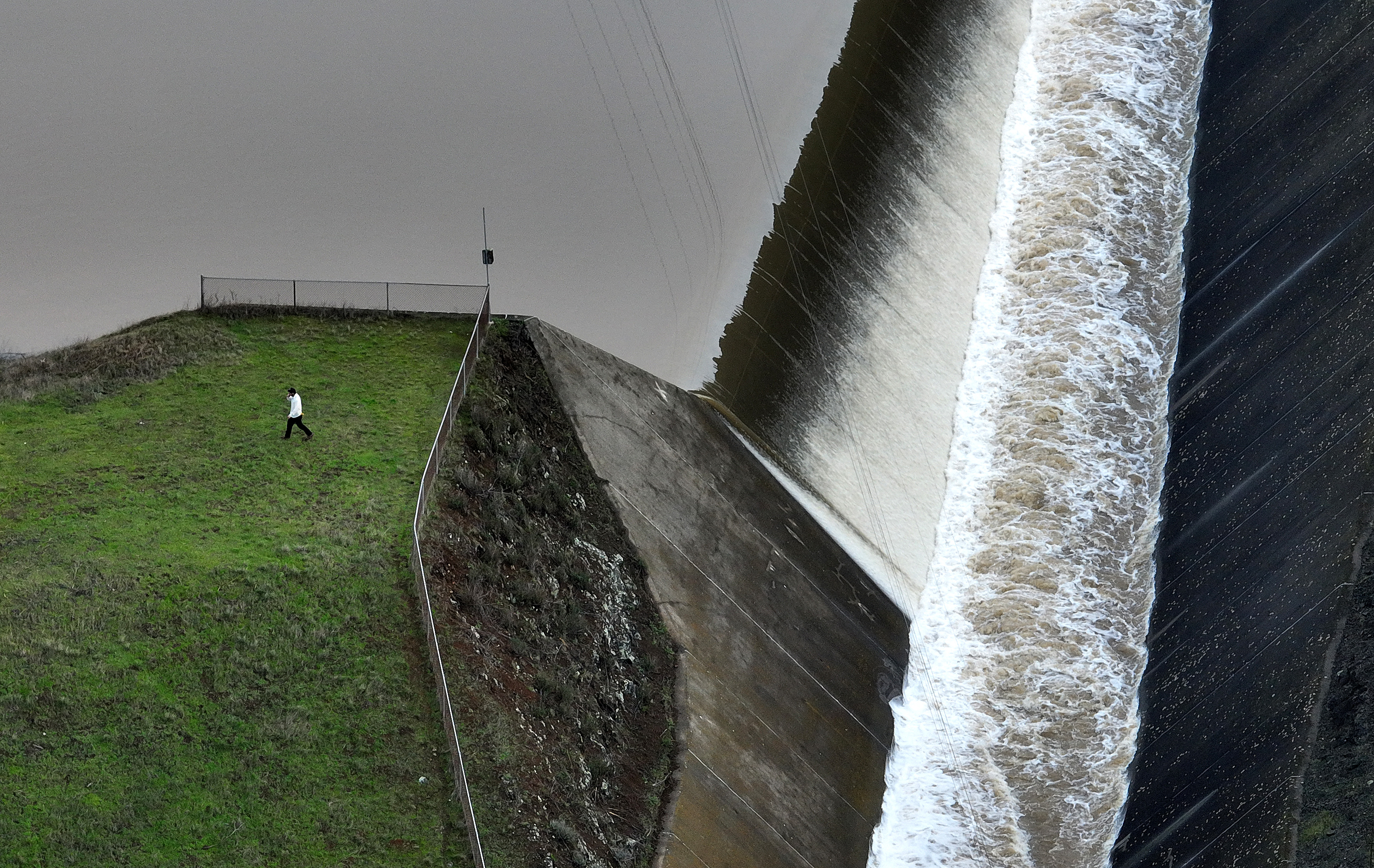 Mathis and others see this moment as an opening to boost water storage — but they will have to overcome a big price tag, the lack of obvious solutions like big dams, and entrenched polarization around the West’s most precious resource. The Republican lawmaker is proposing a law requiring more storage capacity for water, a goal endorsed by Newsom.

Newsom also called for speeding up permitting for new water storage and flood reduction projects, a measure Mathis is now leading in the Assembly. A Democrat is leading a similar measure in the Senate. The proposals risk further conflict over efforts to protect habitat for salmon and other species.

Democratic state lawmakers from farming regions hit hardest by drought also jumped on the opportunity last week to urge officials to divert and store more water rushing through the Delta region to the ocean before the storms end. But laws protecting an endangered species of fish limit the pumping.

The pumps, aqueducts and reservoirs California relies on are “outdated and vulnerable to climate change” and limit the amount of water that can be stored during winter storms, acknowledged the director of the Department of Water Resources, Karla Nemeth.

The limits of large-scale projects have prompted officials to look for alternative ways to boost water supply, like funding more floodplain restoration and allowing certain water managers to more easily divert rivers and rain into underground basins. Los Angeles County is working to build hundreds of small wells and cisterns to grab as much river water as possible.

Two reservoirs have already started using real-time forecasts to take better advantage of California’s winter storms. A Democrat wants to expand that technology this year with a proposal in the Assembly.

But it will take years of rain and careful conservation to replenish depleted groundwater supplies after a longstanding drought, said Jeffrey Mount, a senior fellow at the Public Policy Institute of California, a research organization.

“We’re at the beginning of an era here in California where we’re realizing that we really have to do a better job of taking advantage of these wet periods,” he said. “But it’s thoroughly disorganized at this point.”

Newsom previewed the challenge in his budget proposal last week, calling for an additional $200 million for flood protection. His plan avoided large cuts in drought funding despite a revenue shortfall.

The governor suggested federal funding from the Inflation Reduction Act and the Bipartisan Infrastructure Law could help fund water supply and flood risk reduction projects. He also called for a climate bond to fund water and wildfire projects. A 2014 bond approved by voters was meant to help fund new reservoirs and other water projects, though opposition from local conservation groups has delayed construction.

Dressed casually, instead of his usual suit, the governor then cut his budget presentation short so he could get to the Central Coast and survey storm damage.