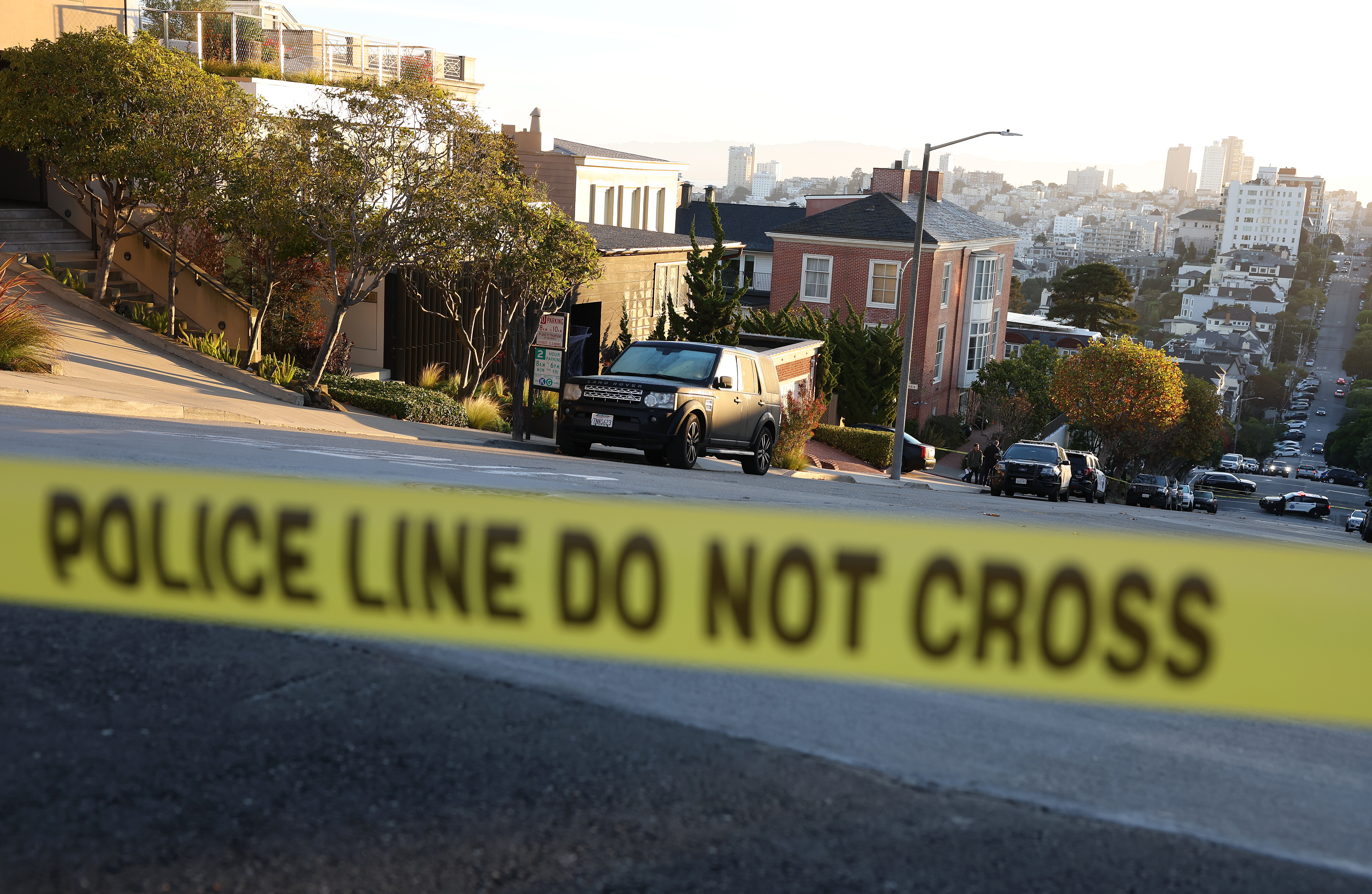 SAN FRANCISCO — Prosecutors released disturbing new details on Tuesday about the man accused of breaking into the home of House Speaker Nancy Pelosi and attacking her husband — including an alleged statement in which he threatens to attack the country’s top Democratic officials.

“We’ve got to take them all out,” DePape told 82-year-old Paul Pelosi after noting that the speaker was “number two in line for the presidency,” according to a court document released Tuesday by San Francisco District Attorney Brooke Jenkins.

Jenkins’ motion to detain David DePape, who on Tuesday made his first court appearance since his Friday arrest, describes moments leading up to the bludgeoning that knocked Paul Pelosi unconscious, drawing on body camera footage and law enforcement interviews.

A judge ordered DePape to remain jailed through at least a preliminary hearing.

The details deepen an emerging portrait of 42-year-old DePape as a person who was driven to violence by pro-Trump extremist beliefs and who saw Pelosi leading a dangerous and corrupt political establishment.

“I’m sick of all the fucking lies coming out of Washington, D.C.,” DePape allegedly told officers and medics who responded to the scene.

DePape faces state and federal charges that could send him to prison for decades. He appeared in court using a black sling for a dislocated shoulder apparently sustained during his arrest and entered a plea of not guilty to charges that include attempted murder, burglary and elder abuse. DePape also faces separate federal charges in a case that has drawn renewed attention to the growing threat of political violence in the U.S. following the refusal of former President Donald Trump to concede his loss in the 2020 election.

He told investigators that he broke into the Pelosi home with a hammer and planned to break the kneecaps of the speaker, who was in Washington at the time, unless she told “the truth,” as he saw it, to unspecified questions, according to an affidavit in support of the federal charges.

Police officers who responded within minutes to the home witnessed DePape hitting Paul Pelosi in the head with a hammer and knocking him unconscious, according to the federal filings.

A court-appointed defense attorney, Adam Lipson, declined to discuss the specifics of the allegations against DePape.

“There’s also been a lot of speculation regarding Mr. DePape’s vulnerability to misinformation and that’s certainly something we’re going to look into,” Lipson said.

Jenkins cautioned against making “any presumptions” about the mental state of the accused as she spoke to reporters after the brief court hearing.

“I think what’s clear is this case is vulnerable to misinformation,” Jenkins said.