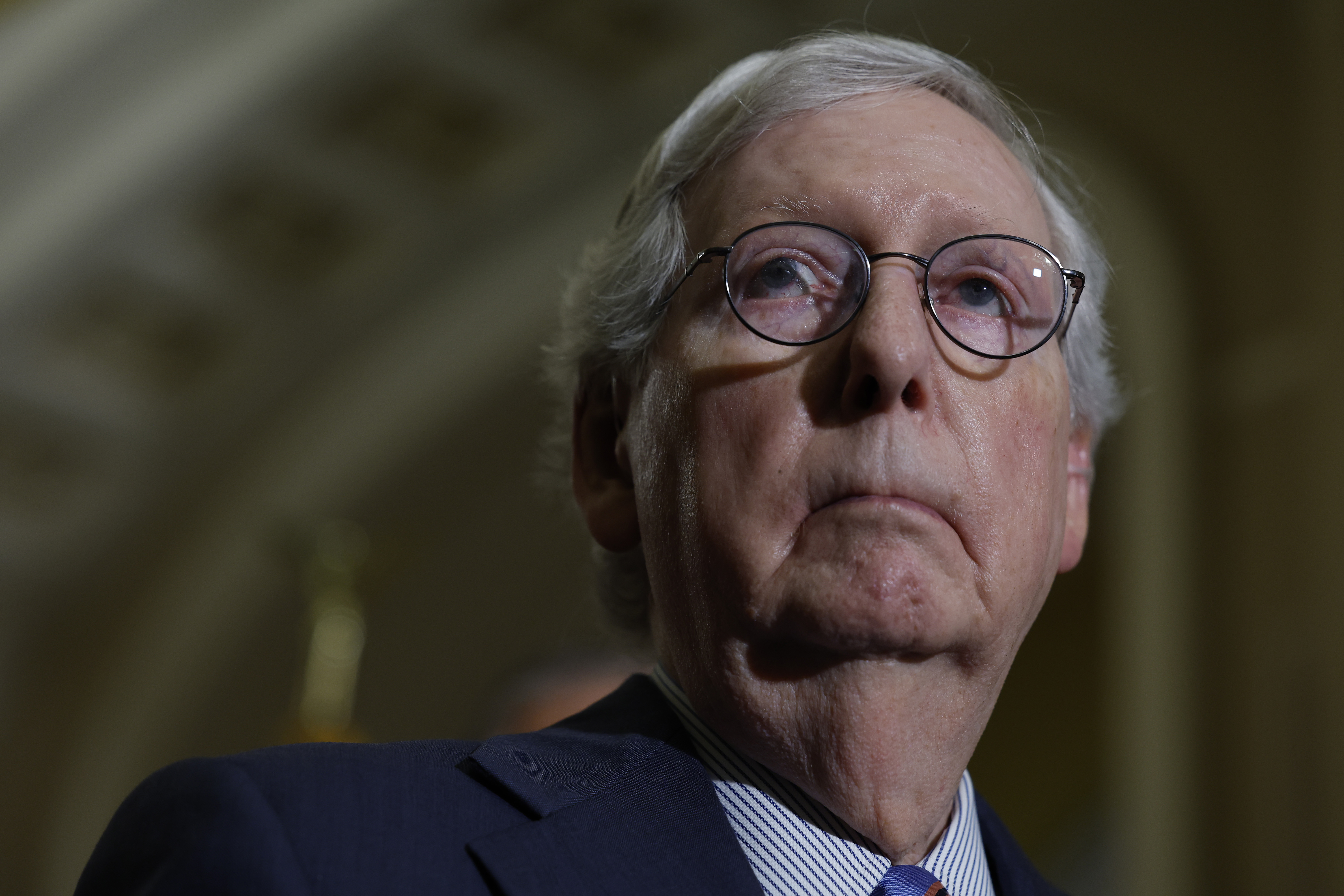 Senate GOP leaders are pushing forward with plans to hold leadership elections next week, even as a growing number of Republicans demand a delay after an underwhelming performance in the midterms.

Sens. Ron Johnson (R-Wis.), Mike Lee (R-Utah) and Rick Scott (R-Fla.) are circulating a letter pressing colleagues to sign onto a postponement of elections currently scheduled for Wednesday morning. The movement signals growing discontent within the Senate GOP over the increased likelihood the party remains in the minority next year and presents a new headache for Minority Leader Mitch McConnell.

“We are all disappointed that a Red Wave failed to materialize, and there are multiple reasons it did not,” the senators say in the letter, first obtained by POLITICO. “We need to have serious discussions within our conference as to why and what we can do to improve our chances in 2024.”

As McConnell seeks to break former Sen. Mike Mansfield’s (D-Mont.) mark as longest serving party leader, he’s facing fresh questions from at least a half-dozen Republicans that will serve in the Senate next year. The Kentuckian has always won with the full support of his conference, often by acclamation.

But the election may be different this time. In addition to the trio circulating the letter, Sens. Marco Rubio (R-Fla.), Cynthia Lummis (R-Wyo.), Sen. Ted Cruz (R-Texas) and Josh Hawley (R-Mo.) also want to delay the elections. Hawley says he will vote against McConnell as leader, and Senator-elect Eric Schmitt (R-Mo.) has said the Senate GOP needs new leadership.

GOP leaders are sticking to their schedule, however. Senate Republican Conference Chair John Barrasso (R-Wyo.) wrote all GOP senators on Friday afternoon to tell them he supports a “robust” discussion about the GOP agenda. Nevertheless, he said the party will hold its leadership elections on Wednesday as planned and said the Senate GOP should have a discussion on Tuesday at its first post-election party lunch “so every senator has a chance to be heard.”

“After presentations from candidates, and there is every opportunity to address questions from every member, we will complete leadership elections,” Barrasso wrote.

What’s more, at least one Republican senator has encouraged Johnson to mount a bid for leadership, potentially to head the Republican Policy Committee, according to people familiar with the matter. Johnson has not ruled it out.

“Senator [Marsha] Blackburn is supportive of Senator Johnson being the Senate Republican Policy chair,” said a spokesperson for the Tennessee Republican.

Current No. 5 GOP leader Sen. Joni Ernst (R-Iowa) had previously announced a bid for that job, which is held by retiring Sen. Roy Blunt (R-Mo.). Blunt defeated Johnson for a leadership post in 2011; Lee also previously sought the job atop the policy committee, which is the No. 4 post.

After talking up their chances of controlling the upper chamber in the run-up to the midterms, Republicans are at serious risk of another two years in the minority — depending on the results of Nevada’s Senate race and the Georgia runoff in early December. It’s a moment reminiscent of the minor rebellion against former Democratic Leader Harry Reid (D-Nev.), who faced six no votes in his leadership race after Democrats lost the Senate in 2014.

McConnell had no immediate comment on the letter. Allies predicted he would face limited dissent that falls far short of the votes to threaten his job as GOP leader.

Scott has spent most of the year at odds with McConnell as the Floridian chaired the National Republican Senatorial Committee. The GOP leader made public comments critical of the party’s quality of candidates, later prompting Scott to admit the two had a “strategic disagreement. The McConnell-aligned Senate Leadership Fund ultimately spent nearly a quarter billion dollars on Senate races. Scott also flirted with personally challenging McConnell for the top GOP spot.

Meanwhile, Johnson and Lee have often disagreed with McConnell’s management of the Senate GOP. Both won reelection this week, with Johnson receiving support from the Senate Leadership Fund to the tune of roughly $25 million.

All that tension is manifesting itself ahead of the planned Wednesday leadership elections. Scott, Johnson and Lee are looking to postpone the affair until after all the Senate races are called, which will take nearly a month due to the Georgia runoff.

“Holding leadership elections without hearing from the candidates as to how they will perform their leadership duties and before we know whether we will be in the majority or even who all our members are violates the most basic principles of a democratic process,” their letter reads. “It is certainly not the way leadership elections should be conducted in the world’s greatest deliberative body.”

Separately, Rubio tweeted Friday that leadership elections should be delayed while the party makes “sure that those who want to lead us are genuinely committed to fighting for the priorities & values of the working Americans.” And Cruz said “it makes no sense” for the Senate to have leadership elections before the contest is settled between Sen. Raphael Warnock (D-Ga.) and Republican Herschel Walker.

A Rubio adviser said that the Florida senator wants the party to define its vision for the next two years while also taking a look back at how they may end up in the Senate minority for another term. Rubio handily won his reelection race.

“I don’t anticipate that there would be a leadership change, based on doing my own mental vote count on that question, but I do think there’s going to be a sea change in terms of how much power he has as the leader,” said David McIntosh, a former congressman who now heads the conservative Club for Growth.

Unlike Hawley, the other GOP senators aren’t yet saying they’ll oppose McConnell. The letter said they want “a chance to hear from leadership candidates as to what type of collaborative conference governing model we should adopt.”

Natalie Allison contributed to this report