OTTAWA, Ont. — In a rare showing this week, Canada’s prime minister will publicly defend his decision to invoke never-before-used emergency powers to end a weekslong occupation of the nation’s capital last winter.

Justin Trudeau’s highly anticipated testimony will cap six weeks of hearings at a public inquiry that has witnessed extraordinary disclosures of the inner workings of police and government during the protest, which culminated in the Feb. 14 invocation of the Emergencies Act.

The public inquiry must determine whether Trudeau was justified in using the act. To date, it has heard and seen considerable evidence casting doubt on the Liberal government’s decision.

Police agencies have testified the emergency powers weren’t necessary to end the protest of pandemic public health measures. Senior government officials were shown to have harbored doubts. And perhaps most damaging to the government’s case was a revelation last week that Canada’s national intelligence agency did not find the protests posed a threat to Canada’s security.

In the final week of hearings, it will fall to Trudeau and several of his ministers and senior staff to prove their case: that they needed unprecedented measures to deal with an unprecedented situation. 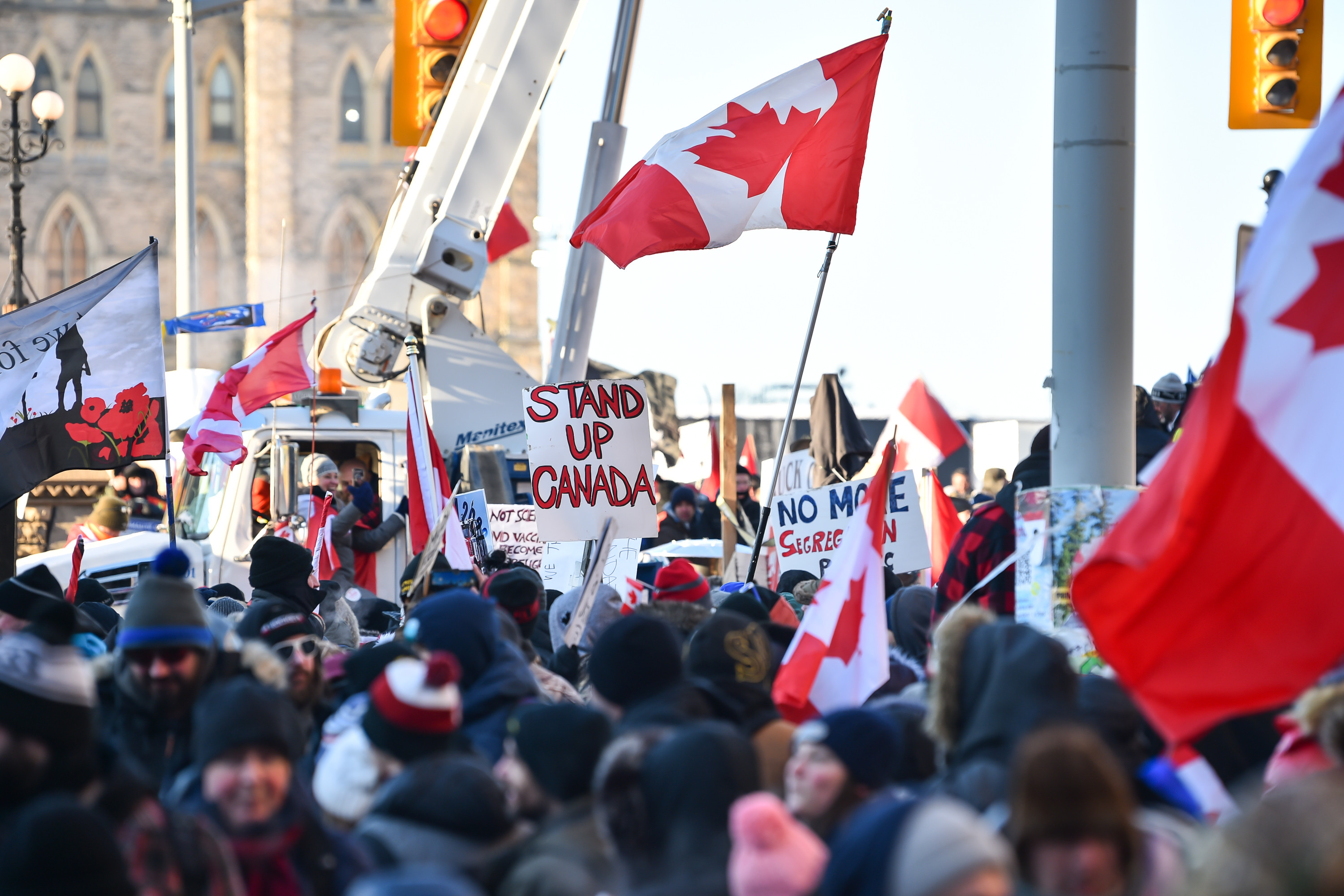 The so-called Freedom Convoy protest made international headlines after hundreds of trucks rolled into downtown Ottawa in late January, occupying the city’s downtown core and disrupting life for residents.

The protest was a reaction to Trudeau’s decision to mandate Covid vaccination for truckers, but it quickly grew into something larger and more amorphous. Some of the protesters called for an end to all pandemic public health measures; others wanted to overthrow the government.

In Ottawa, businesses shut down amid diesel fumes and incessant honking from the trucks encamped on downtown streets. Elsewhere, protesters blockaded border crossings, including the Ambassador Bridge that connects Windsor, Ont. and Detroit, Mich., and is traversed by roughly 25 percent of the total trade between Canada and the U.S. each year.

The border blockades raised concerns about Canada’s reputation as a reliable trading partner, and Trudeau spoke with President Joe Biden about the situation on Feb. 11. Three days later, with the Ottawa protests entering their third week, Trudeau employed the Emergencies Act.

The act, passed in 1988, had never been used and is intended only for national emergencies that can’t be resolved by other means. Its predecessor, the War Measures Act, was most recently used by Trudeau’s father, former prime minister Pierre Trudeau, in response to a series of terrorist attacks by a militant Quebec independence movement in 1970.

In February, the opposition Conservatives called the Emergencies Act an “unprecedented sledgehammer” that was unnecessary to end the protests. Civil liberties groups also claim the Liberals overstepped.

The public inquiry to scrutinize the government’s decision was triggered by use of the act, but it’s unclear what consequences Trudeau will face if the commission finds he didn’t meet the requirements for its invocation. The inquiry is a fact-finding mission rather than a legal trial.

Jagmeet Singh, leader of the left-leaning New Democrats that currently prop up the minority Liberal government, has suggested he won’t withdraw his support based on the commission’s findings, due in February.

One recent poll found a majority of Canadians are paying at least some attention to the hearings. But it also found most people’s minds were already made up about the Emergencies Act, and a majority believe the government “made the best choice it could” in deciding to use it.

Still, it could be politically damaging for Trudeau to have used extraordinary powers that a public inquiry finds were not warranted. Several of his ministers will testify before the commission this week, including Deputy Prime Minister Chrystia Freeland, as will senior aides who rarely speak publicly, including chief of staff Katie Telford.

The hearings could reveal more about communication during the protests between the highest levels of the Canadian and U.S. governments. Trudeau will be the inquiry’s final witness, and will presumably testify Friday.

The witnesses will likely face questions about an assessment prepared by Canada’s spy agency, the Canadian Security Intelligence Service, which found there was no threat to the security of Canada according to the agency’s definition. That definition includes espionage, plans to overthrow the government and threats or acts of serious violence to achieve political, religious or ideological ends.

The assessment also warned the Emergencies Act might inflame extremism. The agency’s position, which CSIS director David Vigneault discussed with members of Cabinet the day before the act was invoked, was revealed publicly during last week’s hearings. Vigneault will testify Monday.

The revelation is especially important because the Emergencies Act refers specifically to the CSIS definition of security threats.

Doubts about the use of emergency powers have come from other quarters as well. The Ottawa Police Service and the Ontario Provincial Police have both said they didn’t need the act to get the protests under control. 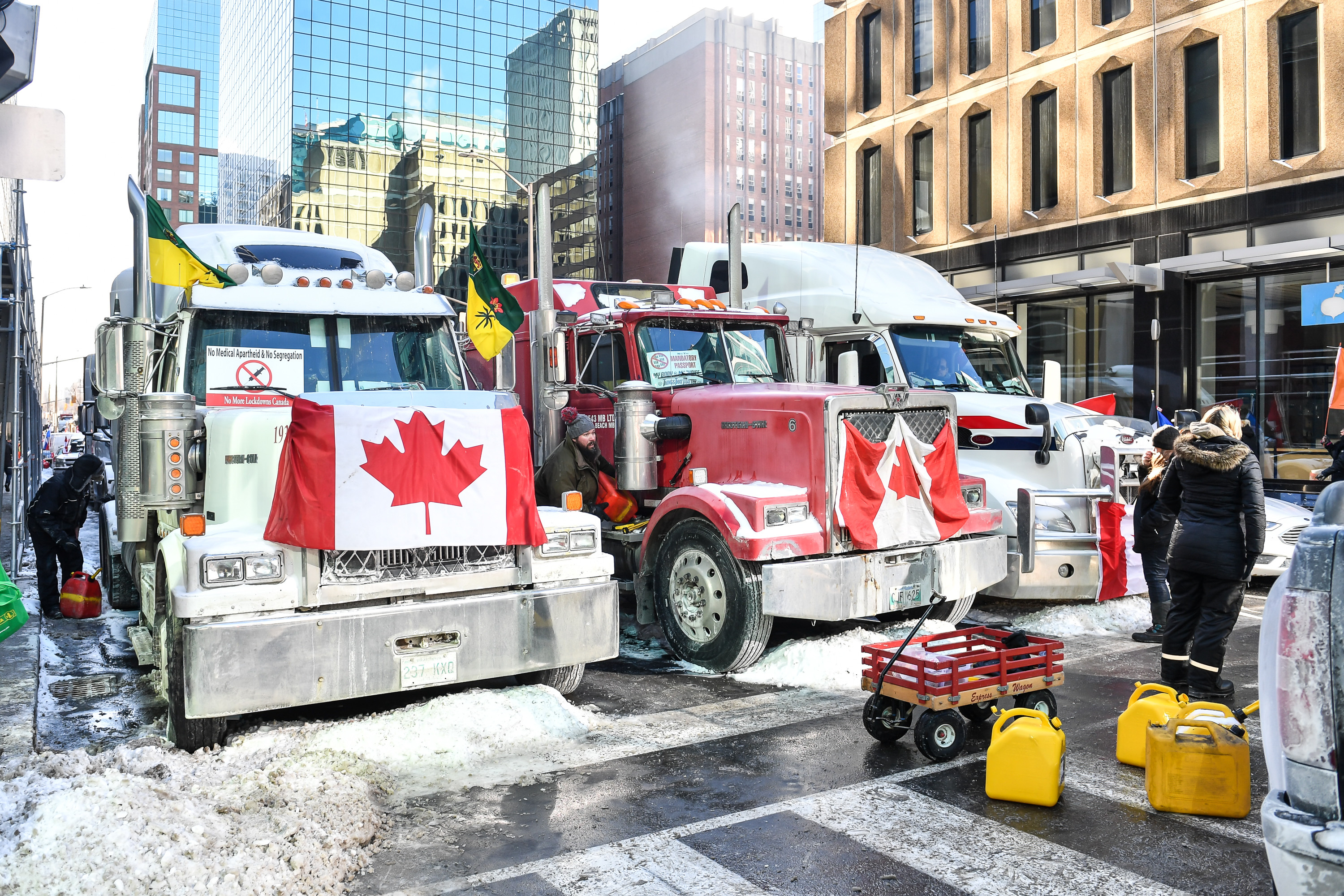 And the commissioner of Canada’s national police force, the RCMP, advised the public safety minister’s office on the eve of the act’s invocation that police had “not yet exhausted all available tools,” though other witnesses have said it was not clear whether police had a concrete plan to end the protests.

Last week, the deputy minister of Public Safety told the inquiry that he, too, “saw pros and cons” to invoking the Emergencies Act, and was worried about it backfiring. But he also testified that he “underestimated” the act’s impact and that ultimately, “the measures that it contained had a material benefit” in getting the protesters to disperse quickly, especially in Ottawa.

A major police operation ended the Ottawa protest over the weekend of Feb. 19. Using the new emergency powers to prohibit public assemblies, police forces from across the country restricted access to downtown Ottawa and gradually corralled and dispersed the protesters, making roughly 200 arrests and towing dozens of vehicles. About 280 bank accounts were frozen using the Emergencies Act. The border blockades were ended without use of the federal emergency powers, the inquiry has heard, though officials have said the threat of accounts being frozen helped deter people from returning. The act was revoked on Feb. 23.

Other officials central to government decision-making have defended the use of the act. On Friday, Janice Charette, the government’s top public servant and a key adviser to the prime minister, told the inquiry she believes “the situation overall was a national emergency,” despite the CSIS assessment.

Charette’s office drafted a memo to Trudeau on Feb. 14, recommending the act be invoked. The document, made public on Friday, says the protest could lead to “irremediable harms — including to social cohesion, national unity, and Canada’s international reputation.”

According to Charette, this amounted to a threat to Canada’s security. But the memo concedes “this conclusion may be vulnerable to challenge.”

The inquiry also heard last week from Jody Thomas, Trudeau’s national security adviser, who had offered similar advice to the prime minister. She told commission lawyers she believed existing laws were “insufficient” to end the protests and the “totality of the circumstances” constituted a national emergency.

In response, the Canadian Civil Liberties Association has accused the government of acting “outside of the law” in its decision. “National emergencies that authorize extraordinary powers cannot be in the eye of the beholder,” the organization said in a statement last week.

On Feb. 14, upon invoking the act, Trudeau said it was about “keeping Canadians safe, protecting people’s jobs and restoring confidence in our institutions.”

In the months since then, his government has remained steadfast in its insistence that the measures were justified.