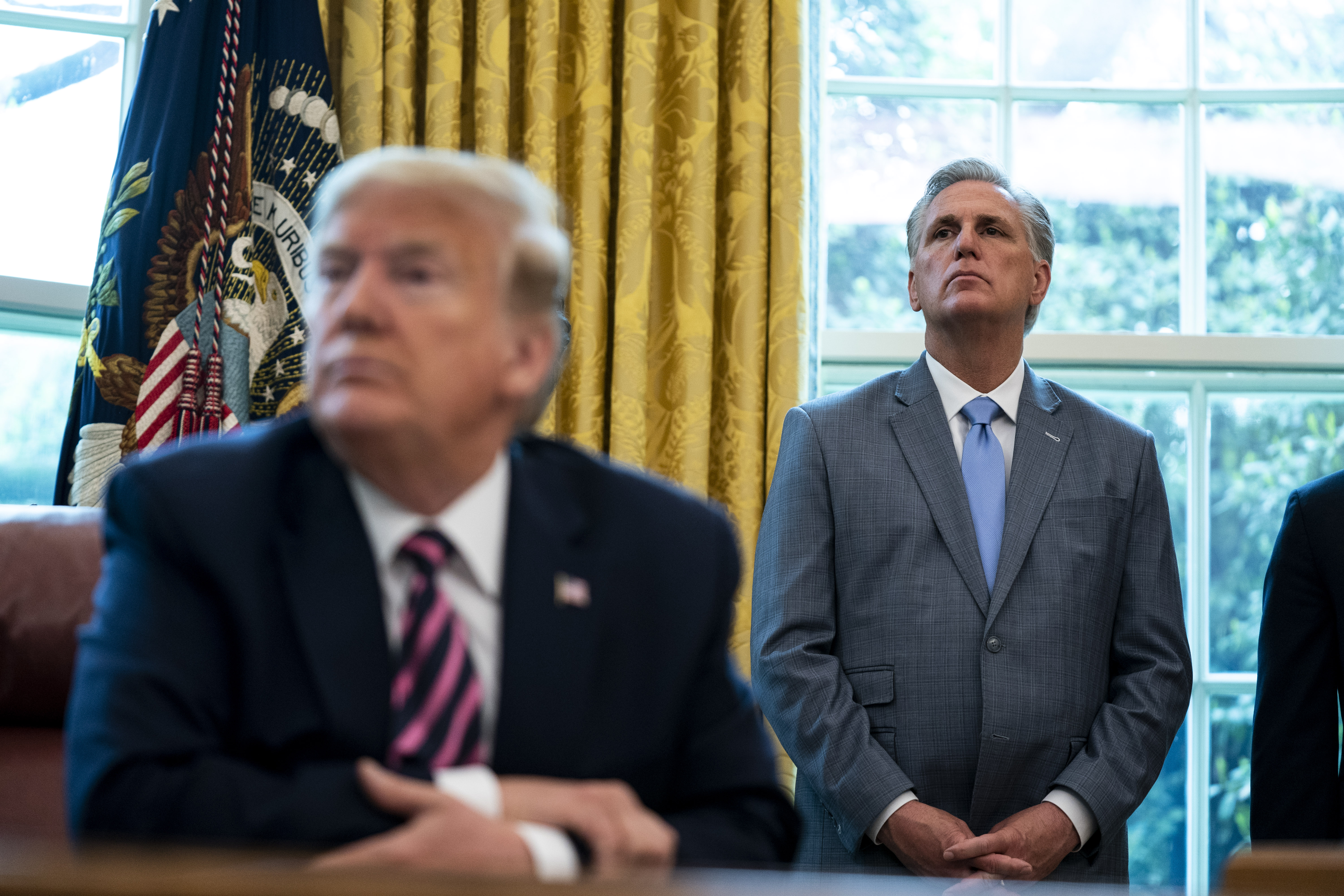 Former President Donald Trump on Wednesday pushed Republicans to vote for Kevin McCarthy to become House speaker, a day after the GOP leader struck out in three straight votes for the gavel.

“Some really good conversations took place last night, and it’s now time for all of our GREAT Republican House Members to VOTE FOR KEVIN, CLOSE THE DEAL, TAKE THE VICTORY” Trump said in a post on Truth Social, the social media platform he helped found.

Trump’s endorsement comes at a critical moment for McCarthy (R-Calif.) as a handful of Republicans stand in the way of his road to the speaker’s gavel. The House adjourned without a speaker for the first time in a century Tuesday night as McCarthy failed in three consecutive votes to secure the position — facing opposition from the far-right wing of his party, which are pushing for Rep. Jim Jordan (R-Ohio) to take the gavel.

Republicans are now expected to resolve the leadership dispute behind closed doors, with McCarthy and his allies already in talks with the 20 dissenters before the House resumes at noon on Wednesday.

It was unclear whether Trump — who had initially endorsed McCarthy’s bid for speaker — would continue to support his longtime ally after the three failed votes, telling NBC on Tuesday that “we’ll see what happens.” But even with Trump’s reaffirmed support, the sway he could have is yet to be seen as the former president’s own position in the GOP has weakened following a disappointing performance in the midterms among candidates he endorsed.

“REPUBLICANS, DO NOT TURN A GREAT TRIUMPH INTO A GIANT & EMBARRASSING DEFEAT. IT’S TIME TO CELEBRATE, YOU DESERVE IT. Kevin McCarthy will do a good job, and maybe even a GREAT JOB – JUST WATCH!” Trump said on Truth Social.