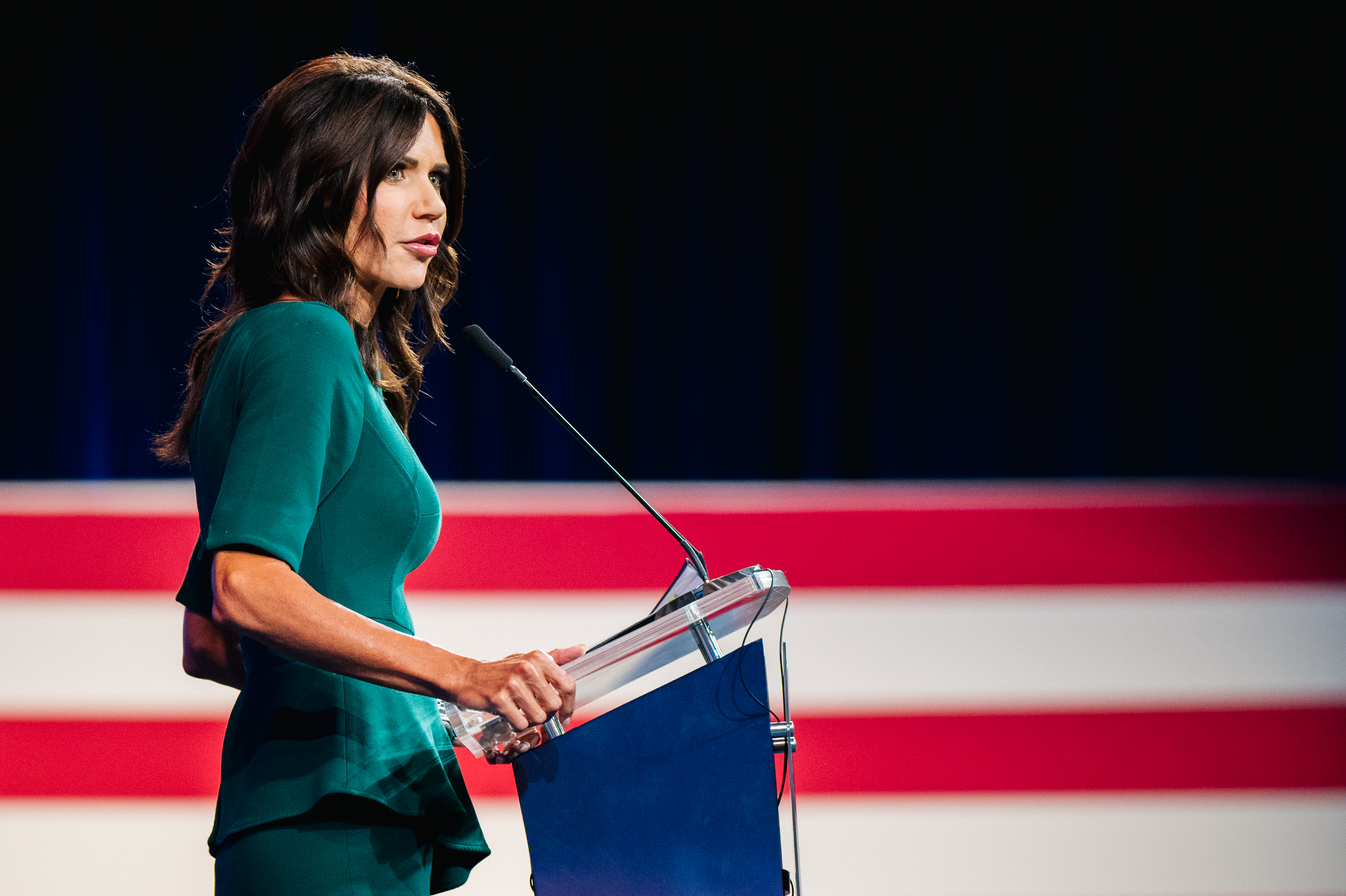 The search of Donald Trump’s Florida compound by federal agents Monday has the former president’s base rallying to stand with him — including many of his potential rivals for the 2024 GOP presidential nomination.

Florida Gov. Ron DeSantis jumped out Monday night, tweeting that the FBI search was “another escalation in the weaponization of federal agencies against the regime’s political opponents.” And he has been quickly joined by others who could be competing against Trump in a primary next year.

The criticism of the FBI and the Biden administration’s handling of the situation wasn’t unanimous: Former New Jersey Gov. Chris Christie told SiriusXM’s Julie Mason in an interview that the search of Trump’s safe and other areas in Mar-a-Lago was “fair game” if the “factual underpinnings” that led to the FBI’s search checked out. And Sen. Tim Scott (R-S.C.) told CBS This Morning that Americans need to let the situation “play out” and see what happens, though he also said it will raise questions about political motivation for the FBI’s action.

Scott, who is running for re-election and is frequently cited as a potential 2024 contender or Trump vice president pick, drew criticism over his comments. In private, Trump allies fumed over his more measured approach, and on Twitter, Trump fans said it could have taken him out of the running to be Trump’s vice president.

But for the most part, the reaction among potential Republican presidential candidates was to defend Trump. That included former Vice President Mike Pence, who has broken with Trump in several ways this year amid fallout from the Jan. 6 Capitol insurrection, before which Trump pressured Pence not to certify the 2020 election results.

Pence tweeted that the search “undermined public confidence” in the justice system and called on Attorney General Garland to explain why it was conducted.

“After years where FBI agents were found to be acting on political motivation during our administration, the appearance of continued partisanship by the Justice Department must be addressed,” Pence wrote.

As news of the FBI search continued to spread, GOP activists, consultants and donors also lined up behind Trump. Several said the support for Trump they’ve heard from conservative voters was almost unanimous and could clear the field for the former president.

“I had gotten calls from people last night that were getting kind of tired of Trump, not so much they wanted to move on from him, but more that they were sick of the drama. Well, that’s over,” said Shiree Verdone, co-chair of both of Trump’s Arizona campaigns. “Just talking to people now, they are irate, and they are ready to support Trump. Even some people who were not full Trumpers, but are so upset with what happened [FBI search]. It seems this is really going to elevate Trump.”

James Blair, a Republican operative, said the FBI move will both galvanize the former president’s base while adding more supporters, who view the search as government overreach.

“American’s will view this as an aggressive escalation of Democrats’ move toward silencing political opponents,” he said. “Trump’s voters will mobilize, and he will earn new ones because sensible people in the middle will think this is a bridge too far.”

Don Tapia, Trump’s former ambassador to Jamaica and major GOP donor, embraced the former president after the FBI search, saying he flew the American flag outside his house upside down in a show of protest.

“What happened at Mar-a-Lago to a former president is unfounded,” he said in an interview. “I am not proud of this government today. This had to be approved by the attorney general and the DOJ at the highest levels. This is distressing to me as an American, not as a Republican, Democrat, or Trump donor.”

Several other prominent Republicans compared the situation to how other countries’ leaders have handled political opposition. Sen. Marco Rubio (R-Fla.) released a series of tweets and videos comparing the move to what would happen in “third world Marxist dictatorships.” Rubio’s comments particularly resonate with Florida’s Hispanic voters — many who fled communist regimes in Cuba or Venezuela.

“We’ve never been a country where people who take power, like becoming president, now use that power to persecute their past or future political opponent,” Rubio said in a video filmed outside at night. “We’ve never seen that — until tonight.”

Sen. Josh Hawley (R-Mo.) called for Garland’s impeachment in a tweet thread of his own.

Scott, though, had a more measured response when asked about the situation on CBS Tuesday morning.

“It has to be something of incredible magnitude for, at least, my side of the aisle to say that was warranted,” Scott said. “Without that, we’re going to find ourselves in a very big mess as it relates to the credibility of the FBI. As opposed to rushing to judgment, the most important thing we can do is let it play out.”

In his interview, Christie referenced his seven-year stint as U.S. attorney for New Jersey, when he said he had to make “analogous decisions” to the Monday search of Mar-a-Lago. The search warrant aims to determine whether the former president mishandled White House records, according to two people familiar with the matter.

When he issued similar warrants, Christie explained, he needed to be confident there would be enough evidence to charge the person being investigated. If nothing was found, the search would be “unjust,” he said.

In a lengthy statement Monday, Trump likened the search to Watergate, saying the FBI “even broke into my safe.” Such behavior during the execution of a search warrant isn’t an uncommon practice, Christie said.

“It’s fair game,” the former governor said. “It’s not anything that’s out of bounds to go into a safe, and it happens frequently in federal law enforcement. But again, you have to have the factual underpinnings to be able to convince a federal judge that you need and have the right to do that.”

It’ll be important for the search warrant affidavit, which contains the reasoning behind the FBI search, to be made public in the near future, Christie said.

“I hope that more information comes sooner rather than later, because the longer you let this sit out there, the more speculation will generate. And that’s not good for anybody,” he said. “Extraordinary situations require extraordinary actions, and if you’re going to take an action like this, you can’t just treat it like any other case in terms of your public disclosure.”

Meridith McGraw contributed to this report.