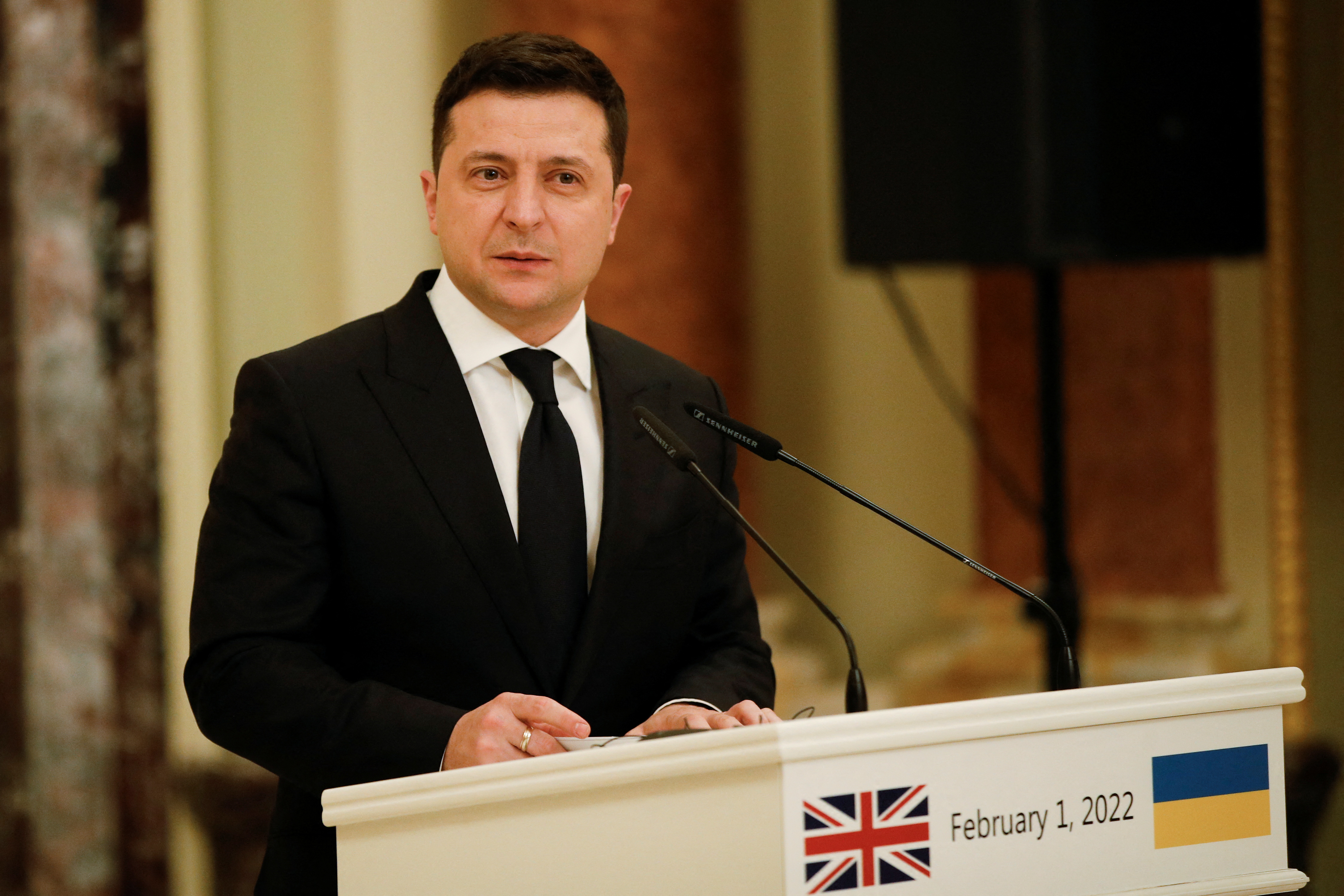 A Western official close to Zelenskyy’s administration expressed concern to POLITICO that the move appeared to go in the opposite direction of the EU’s request for Kyiv to crack down on corruption and increase the independence of its law enforcement agencies if it wants to become a member of the bloc.

Indeed, many political experts and anti-corruption activists viewed the removal of Ivan Bakanov, head of Ukraine’s state intelligence service, the SBU, and Iryna Venediktova, the country’s prosecutor general, by presidential decree as Zelenskyy taking advantage of extraordinary wartime authority to consolidate his own power.

“It’s not a move to do the right thing. It’s a move to gain more control over our top law enforcement bodies,” Tetiana Shevchuk, a lawyer and activist at the Kyiv-based Anti-Corruption Action Center, said in an interview.

Zelenskyy’s office clarified Monday that the officials had been suspended from duty and that the president would later decide whether to seek their dismissal, pending the outcome of investigations into their agencies. By the evening local time, Zelenskyy had officially asked the Ukrainian parliament to approve the permanent removal of Bakanov.

In his late-night video address on Sunday, Zelenskyy said that Ukrainian authorities had registered 651 treason proceedings against officials in the country’s top law enforcement agencies for allegedly collaborating with Russia or working against the state’s goals. He did not make clear whether Bakanov and Venediktova were among those being investigated for treason but said that a probe of their officers was underway.

More than 60 SBU agents were working against Kyiv in areas of Ukraine currently under Russian control, Zelenskyy added. He vowed to hold accountable every official working against Ukraine.

“Such an array of crimes against the foundations of the national security of the state and the connections detected between the employees of the security forces of Ukraine and the special services of Russia pose very serious questions to the relevant leadership,” he said.

In Washington, State Department spokesperson Ned Price on Monday signaled no alarm within the Biden administration. “We invest not in personalities, but in institutions,” he said, adding that he expects the new prosecutor general in Ukraine to have a good relationship with their American counterparts. “Much of what we do pass to the Office of the Prosecutor General, on a routine basis, is open-source information,” he said.

Shevchuk said the removal of Bakanov and Venediktov would further strengthen the influence of Andriy Yermak, the president’s chief of staff, and Oleh Tatarov, a deputy head of the administration who has been accused of corruption, due to their close links to the new acting heads of the SBU and PGO.

Yermak, a former film producer and friend of Zelenskyy since 2011, is viewed by many as the second most-powerful politician in Ukraine. He has been criticized by opposition parties and civil society activists over what they claim is an effort to consolidate state power into his unelected hands.

“These are significant events. It looks like Yermak’s fortification,” said Yulia Tyshchenko, an expert at the Ukrainian Center for Independent Political Research.

Underscoring just how much sway Yermak has over Zelenskyy, Tyshchenko pointed out that the president has known his chief of staff for just over a decade, while Bakanov and Zelenskyy go back to the same neighborhood in the south-central city of Kryvyi Rih.

Bakanov would grow up to run Zelenskyy’s entertainment company and later his presidential campaign in 2019, before being tapped to lead the SBU in 2019. His appointment was heavily criticized at the time. Many people felt Bakanov, with no law enforcement experience, was unqualified for the job and too close to the president to be given the reins of an intelligence service with sweeping powers.

But Zelenskyy appointed his Cabinet and heads of top agencies a way similar to the president he played on the hit TV series Servant of the People: by looking for those closest to him whom he could trust. Bakanov was meant to come in and clean up the SBU — an institution known to be riddled with Russian spies and sympathizers, rife with corruption among his economic crimes section, and notorious for its unusual tacts, like faking the death of a Russian dissident journalist to catch an alleged network of assassins.

Bakanov ultimately failed to get the job done and dozens of SBU agents are said by Ukrainian authorities to have defected to the Russian side since the invasion began on Feb. 24.

“There is an urgent need to clear out individuals who are committing treason, helping the Russians, and undermining Ukraine’s security and defense, particularly in the SBU. All secret services are infiltrated to some degree or another but in Ukraine’s case, the infiltration is particularly bad with a large number of individuals involved,” said Amanda Paul, Brussels-based Ukraine expert for the European Policy Centre. “The investigations need to be carried out in line with the rule of law and in an independent and transparent fashion. The EU will be monitoring this carefully.”

Venediktov is a lawyer and former law professor from Kharkiv who advised Zelenskyy’s campaign on judicial matters and toured Europe to talk him up to Western partners before the 2019 election. She was also a controversial choice because of her perceived loyalty to the president. It didn’t take long for anti-corruption activists to call her out for refusing to prosecute high-profile cases and allegedly sabotaging others that involved officials close to Zelenskyy, including Tatarov.

“Personnel decisions regarding Bakanov and Venediktova have been brewing since before February 24. The president was not very satisfied with their work,” he told POLITICO. “The start of Russia’s great war against Ukraine delayed the decision [to remove them], but also added new circumstances.”

Fesenko said the frustration with Bakanov and the SBU piled up, as agents were found to defect to the Russian side, flee their posts, and even leave the country. The final straw, Fesenko, believes, came last week, when Bakanov’s assistant, who had headed the SBU department for Crimea, was arrested on treason charges.

“In my opinion, this became the trigger for Bakanov’s removal from office,” Fesenko said.

But asked whether he viewed the removals as political, he said, “This is not related to Yermak, whose influence was still quite large.”

Shevchuk disagrees. She said civil society wants to see a thorough and transparent investigation into the actions of Bakanov and Venediktov during wartime and the deliberations behind their suspensions because “there is a political aspect to this.”

“We will of course not mourn them,” she said. “They were political appointees and both of them were problematic from the start.”

Ilya Gridneff in Brussels and Alexander Ward in Washington contributed to this report.