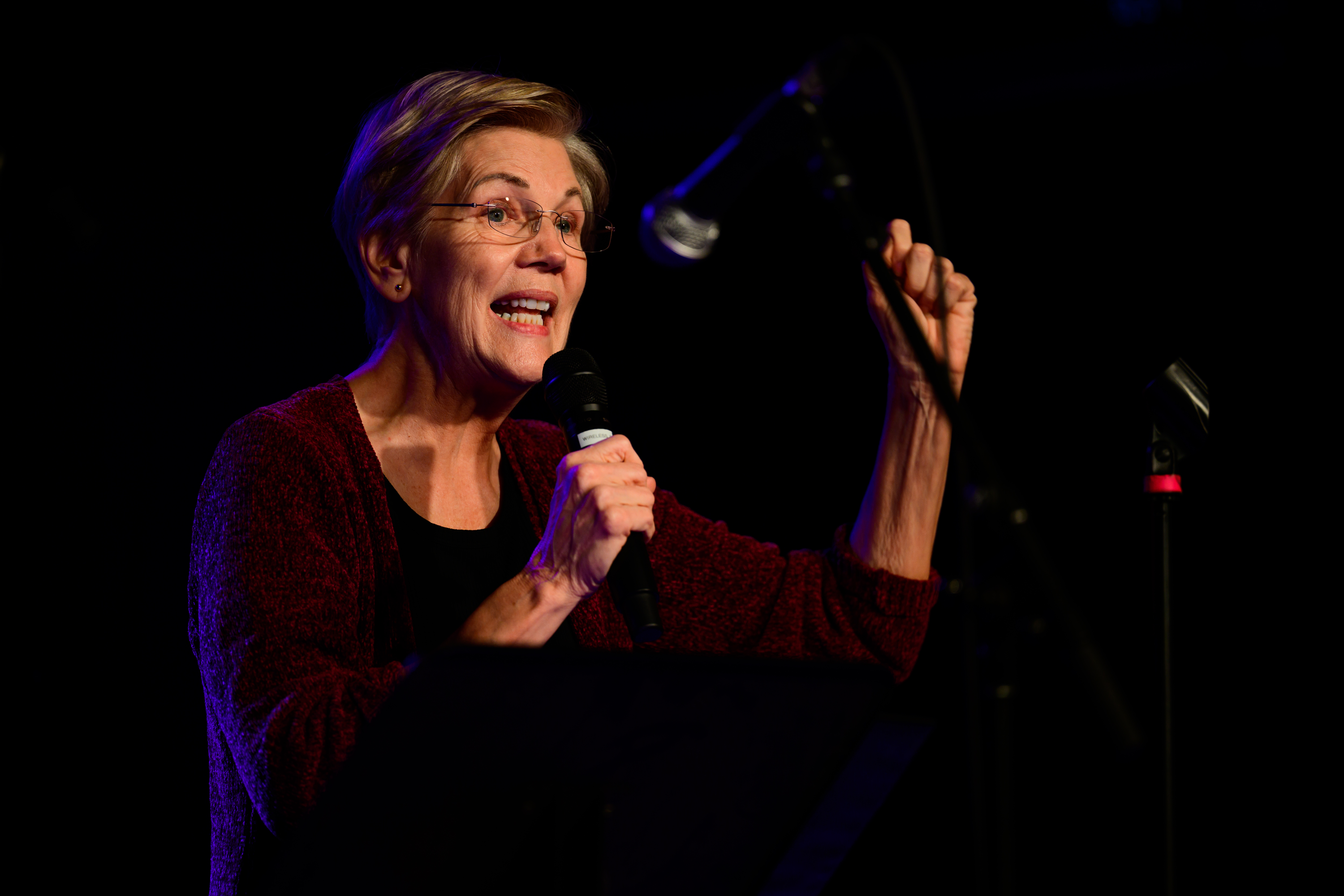 MADISON, Wis. — Elizabeth Warren charged on stage at a get-out-the-vote rally here with an energetic reminder that Democratic Senate nominee Mandela Barnes is “committed to making this economy work for everyone.”

The only thing missing as Warren called out Barnes and other Wisconsin Democrats as the best choices to “save our democracy”? Barnes himself.

His campaign cited a scheduling conflict with another rally, and he attended a closed-press fundraiser with Warren later that day. Yet beyond that moment, progressive leaders are deploying their public appearances carefully in the lead-up to the midterms.

That strategy is a tacit acknowledgment that, despite top progressives’ skills at fundraising and turning out the Democratic base, the party’s battleground-district candidates are still worried about Republican attacks that try to associate them with liberal policies toxified as “socialist.”

“I’m fine with people saying, ‘Look, you’re too high-profile, a progressive, and I prefer if you can raise me money and do other things separately,’” Jayapal, chair of the Congressional Progressive Caucus, said in an interview. “So we take our cues from people and what they want and what they need. But certainly, I’m never gonna go into a district if somebody doesn’t want me there.”

During her appearance last week at the University of Wisconsin, Madison, Warren drew a significant crowd to the auditorium where she spoke alongside Gov. Tony Evers and Sen. Tammy Baldwin (D-Wis.), getting a standing ovation.

“Everybody’s in motion,” Warren said of her fellow Democrats in an interview. As for the role of progressives in the party, the Massachusetts senator argued that “the accomplishments that Democrats can run on are progressive initiatives. We fought and made those happen.”

Reps. Alexandria Ocasio-Cortez (D-N.Y.) and Ayanna Pressley (D-Mass.) are two “squad” members and progressive stars also treading with caution in the last throes of the campaign. Ocasio-Cortez held a rally at the University of California, Irvine to rally young voters, though federal elected officials weren’t on stage with her. And Pressley went on a recent tour of Michigan that her campaign advertised as boosting Democratic candidates, though her campaign declined to say which candidates would appear with her.

Meanwhile, Sanders — who is set this week to do a two-day tour of Wisconsin, a state he won in the 2016 Democratic primary — bristled at the suggestion that progressives could give Republicans a line of attack against Democratic candidates.

“You’re into ‘inside the Beltway’ gossip,” Sanders said in an interview. “The bottom line is that if we do not create a sense of excitement in young people and working-class people and our voter turnout is not high in a midterm election, I think Democrats may be in a lot of trouble. That’s what we are trying to do.”

Barnes will not join Sanders on his tour, which is set to make stops in Eau Claire, La Crosse, Madison and Oshkosh after traveling to Oregon, California and Nevada in the preceding days on top of an expected stop in Pennsylvania before the election.

And while Sanders highlighted his success turning out young voters, noting the 3,000 people who attended his recent rally in Eugene, Ore., he said it would be “illegal” for Barnes to join events sponsored by outside groups MoveOn and NextGen. A spokesperson for the Barnes campaign did not comment on the Sanders visit.

The Vermont senator isn’t alone in his view.

“We are such an asset to our moderate and more conservative colleagues in Congress and throughout the country,” echoed Rep. Jamaal Bowman (D-N.Y.), also part of the progressive “squad” in the House. “Despite the blame, despite being attacked, progressives are busting their asses in cities across the country to help our colleagues win.”

Progressives have used their extensive fundraising and phone lists to help boost and make calls to support candidates. But they’ve even had to exercise caution there; the “squad” gave to fewer of Democrats’ most at-risk candidates this cycle after past backlash for donations to those members, known as frontliners.

“We really leave it to the frontliner. If they think that there’s somewhere that I can be helpful, I absolutely go out and do it,” Jayapal said. She held a fundraiser recently for Chris Deluzio, a Democrat running in a competitive district outside Pittsburgh, and Jayapal’s PACs, the Medicare for All PAC and the Build Our Movement PAC, have given a total of $509,900 to other Democrats.

A spokesperson for Ocasio-Cortez said they’d raised $246,787.76 this cycle for candidates through their email list, and FEC records show her PAC also gave $212,500 to Democratic candidates this cycle, including frontliners like Rep. Vicente Gonzalez (D-Texas) and Tom O’Halleran (D-Ariz.).

“Our campaign has been doing everything we can to elect Democrats this cycle, including in hotly-contested races in our home state of Minnesota and nationwide,” Omar said in a statement. “Our team has made well over 500,000 outreach attempts over the last six months.”

Omar also said her campaign had also given over $400,000 to the Minnesota Democratic-Farmer Labor Party to support its efforts to turn out voters.

More recently, Hill progressives have swept in to assist Pennsylvania state Rep. Summer Lee, whose bid for a Pittsburgh-area House seat has become shockingly competitive. A recent internal poll by the Lee campaign only had her up by four points, according to two sources familiar with the situation, though President Joe Biden won the district by 20 points. The Intercept first reported the poll.

Democrats are pointing to a variety of reasons for the race’s competitiveness, including an influx of outside spending by the American Israel Public Affairs Committee, known as AIPAC, and a bizarre coincidence in favor of Lee’s Republican opponent — he shares the same name as Democratic incumbent Mike Doyle. AIPAC’s spending in the race is its only reported spending so far this cycle that supports a Republican in the general election, according to ad-tracking firm AdImpact.

Sanders campaigned during the primary for Lee, and he’s scheduled to hold a canvassing event with her on Sunday.

Lee, who’s backed by the progressive Justice Democrats and could become the newest member of the “squad,” said that “I don’t believe that my progressive views are the problem.”

“The problem are the distortions — the way the Republicans spin, distort or lie about our progressive values,” she continued. “It’s the fear-mongering that comes with Republicans’ narrative around what is progressivism.”

Sarah Ferris contributed to this report. Wu reported from Washington.